In 1846, when Felix Mendelssohn conducted the commissioned premiere of his oratorio Elijah for the Birmingham Festival he presided over an orchestra of one hundred and twenty five musicians, ten soloists, and a chorus of four hundred singers. Mendelssohn was in his mid thirties. Fast-forward one hundred and seventy years, and another conductor in his mid- thirties will direct one of the most popular oratorios of the choral repertoire. On March 9, for the 45th anniversary of the St. Lawrence Choir, its Artistic Director Philippe Bourque will debut his first Elijah.

“This work is intensely personal for me,” says Bourque. “I feel connected to Mendelssohn through our somewhat unusual choices of faith.” Mendelssohn’s grandparents were Jewish. His father, a wealthy banker, raised his children as Protestants but Mendelssohn adopted Lutheranism, in part, in sympathy for his respect for Bach, one of his major compositional influencers. From the age of seven Mendelssohn was schooled with daily theoretical drillings of Bach chorales, fugues, and canon, care of his teacher Zelter. Bourque regards his spiritual kinship with Mendelssohn, and this piece as a “special spot,” explaining that he feels a certain parallel through his personal choice to practice French Protestantism rather than the more popular Catholicism.

Presently, the work exists in multiple performing editions. Conductors including Robert Shaw, Donald Neunen, Robert Page, and Daniel Delisi have all contributed edited versions citing the fact that today’s audiences find it challenging to sit through two and half hours of concert music and that many of the scenes in Mendelssohn’s edition are redundant and arrest the dramatic continuity. Bourque however will be conducting the full version, choosing to use the Carlus-Verlag edition for the orchestral score and jests that the editorial by R. Larry Todd as ‘expensive but worth it.’ The choir sings the new Novello edition. 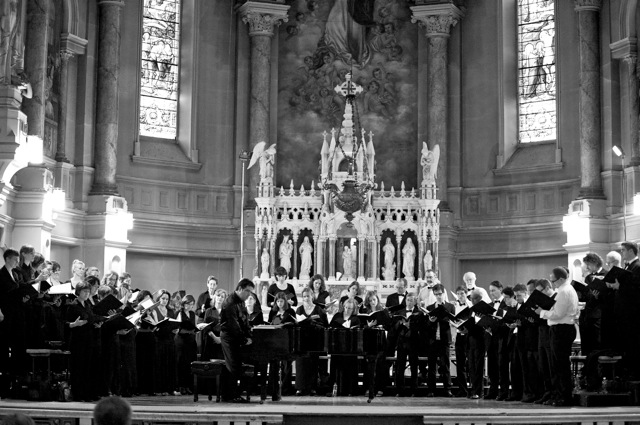 In his preparations, Bourque debated between German and English, but decided on English, affirming that his decision ultimately rested on delivering the universal theological messages that he believes Mendelssohn offers. “I want to make the text legible to the listener and I wish to keep the text at the forefront.” Bourque emphasizes that the Novello edition is meticulous about what is identified in vocal writing as ‘tonic accents.’ The art of tonic accents is the craft of how the natural emphasis of language correctly falls on the musical meters of a composition.

Bourque speaks about the relevance of Elijah to modern audiences and in particular how he is converting his particularly young choristers  (ranging from 17 years old) to considering the messages in a contemporary and relevant context. “Despite this post-secular, post-agnostic world I think the basic existential questions remain  – good versus evil – where we are going, and the call of the wilderness in seeking truth and guidance. I believe Elijah provides some of the answers,” he says.

Structurally, Elijah challenges even musically conversant audiences because Mendelssohn’s musical framework, while employing a range of Handel and Bach inspired conventions, does not begin with the customary overture. Instead, the work begins with Elijah addressing the audience with a recitative prologue that predicts the beginning of a drought. Similarly, the audience does not leave the concert with a final dramatic ringing chorus as one might experience with Beethoven’s Ninth Symphony for instance. Rather, the final moment in Elijah is a reflective choral epilogue ‘Then shall your light,’ followed by ‘Lord our Creator.’ 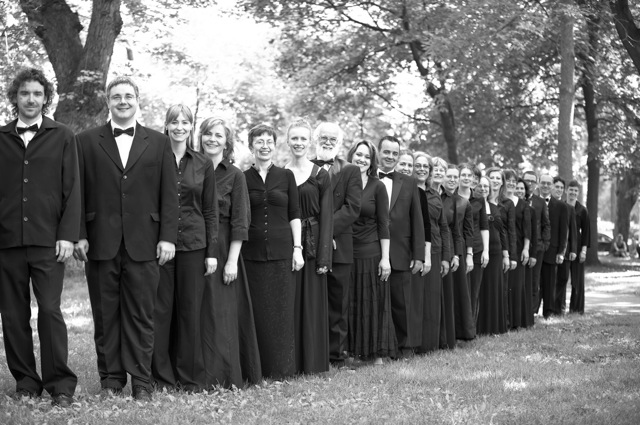 The influence of Bach and Handel in Mendelssohn’s pen applies most to the multiple functions adopted by the chorus – at one point the chorus narrates, at another it acts with commentary, and later the chorus act as a participatory crowd. While it could be argued that some scholars overstate the influences of Baroque techniques Bourque reminds us that “There is essentially no proper fugue in the work.” The oratorio is emphatically romantic in style and harmonic resources and Bourque prompts that since Mendelssohn did not have an opportunity to write an opera – he died a year after the work’s premiere – most of the composer’s flair for dramatic writing appears to be directed in this stamina demanding work. Bourque delineates that his challenge is to re-create the vast tableaus that Mendelssohn has composed with just the materials of a musical score. “We do not have the luxuries of a set or lights, so we need to musicalize images.”

To complete the dramatic scene changes, Bourque says he is fastidious about Mendelssohn’s tempi markings.  “I will be observing Mendelsohn’s directives but my view is that any modifications that will occur are part of the necessary adjustments we as conductors make to the acoustical space and to embrace and observe the spirit of the moment.”

Bourque has directed various choruses from Mendelssohn’s two and half hour dramatic oratorio in concert settings, but he has not conducted the work in its entirety. Bourque’s twenty-first century resources will be more manageable than Mendelssohn’s charges by halves. For one thing, the McGill Chamber Orchestra will not inherit 19th century orchestral practice of double winds, and these days the quartet of soloists  (soprano Aline Kutan, mezzo-soprano Lauren Segal, tenor Michael Colvin, and baritone James Westman as Elijah) double the dramatis personae. To meet the demands of Mendelssohn’s taxing choral writing, Bourque has enlisted the support of millennial students from the Vanier College Choir where he teaches. The augmented intergenerational chorus numbers a neat two hundred.