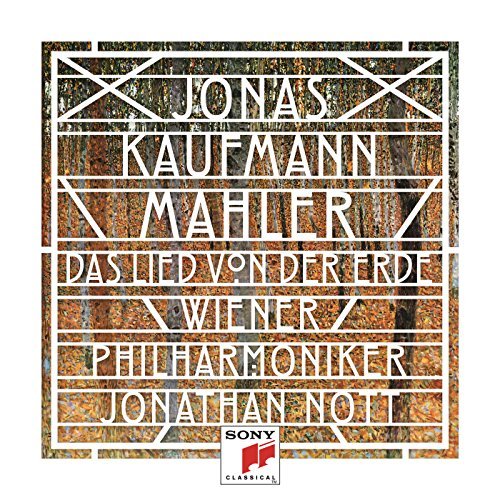 This is one of those treasurable major-label releases, made with the best of intentions, in which everything turns out wrong.

Mahler wrote The Song of the Earth for high tenor and alto, singing alternate movements. It can also be sung by tenor and baritone if no alto sounds right. The chief requirement is a tenor who needs to sing high and very loud – a Siegfried kind of voice that can surmount the force of full orchestra. This is as much a competition for two soloists and orchestra as a composition.

Jonas Kaufmann tells us he has loved the work since the start of his music studies, admiring Fritz Wunderlich’s epic recording with Christa Ludwig and Otto Klemperer. Unfortunately, Kaufmann lacks the vocal heft of a Wunderlich. His struggle with the orchestra, from the opening ‘Dunkel’ shout, is unequal. His voice turns sour under pressure and discolorations creep into his pitch.

For reasons best known to himself, Kaufmann demanded to sing both roles in this performance – tenor and alto. This is mad, for two reasons: first, the tenor needs time to recover and, second, Mahler wrote the work with contrast in mind between the bellowing tenor and the soothing mezzo. Without that vital contrast, an hour of Das Lied feels like a very long time.

The original conductor, Daniele Gatti, pulled out at short notice, wisely so. His substitute, Jonathan Nott, goes through the motions without offering a strong or convincing interpretation. The Vienna Philharmonic play like the Vienna Philharmonic: they do their job, with some delicious solos on flute and clarinet.

One has to admire Kaufmann’s ambition in tackling this summit single-handed and he offers some aural compensation in the consolatory passages, some lovely hushed phrases. But the voice is under such stress and the lack of diversion so glaring that a second replay turns into an endurance test.

This recording is a welcome addition to my Mahlerian cabinet of horrors, alongside Domingo’s Das Lied, Bernstein’s fourth symphony with a boy soloist and Kondrashin’s Moscow fifth with a cracked trumpet in the opening phrase. All were made with the best of intentions.