Sleeping Rough: in urban vernacular, it’s code for homelessness; and it’s now the apt title of composer Roddy Ellias’s first opera, which will premiere this summer at Ottawa’s 2018 Music and Beyond Festival (July 10, 11 and 12).

“When I was a student in downtown Ottawa,” recalls Ellias, “I was across the street from the men’s mission. I got to talk to those guys every day. I’d see them slowly, day by day, degenerate.” It’s an experience that haunted Ellias, burrowing deep, only to emerge decades later, compelling him toward operatic form. “The palette it gives you as a composer is incredible,” Ellias says of opera. “I’ve found my perfect balance.”

He’s also found a welter of ways to break conventions: Sleeping Rough is distinguished by several incisive novelties, starting with the music itself.

“Roddy writes from the heart and soul,” observes Music and Beyond artistic and executive director Julian Armour, “and from the great mosaic of music he’s been involved with.” Indeed, Ellias’s trademark syncretism of classical, jazz and non-Western musics, eloquently adapted to lyric storytelling, is here on full display. He has scored Sleeping Rough for 12 instrumentalists, combining a classical string quartet with a jazz ensemble.

And, further flouting operatic orthodoxy, he has assembled a pied miscellany of vocal stylists for his cast. Acclaimed folk singer/songwriter Ian Tamblyn will sing the homeless Ted, while jazz vocalist Felicity Williams will lend her noted ethereality as the quixotic young Emily, who makes a doomed bid to redeem Ted. Jazz singer Kellylee Evans sings the Chorus, and, in the role of Emily’s mother, soprano Hélène Brunet (the production’s one classically operatic artist) is assigned the opera’s soaring and heartbreaking climax.

Then there are the puppets. “I was exposed to puppets as a student taking ethnomusicology courses,” Ellias 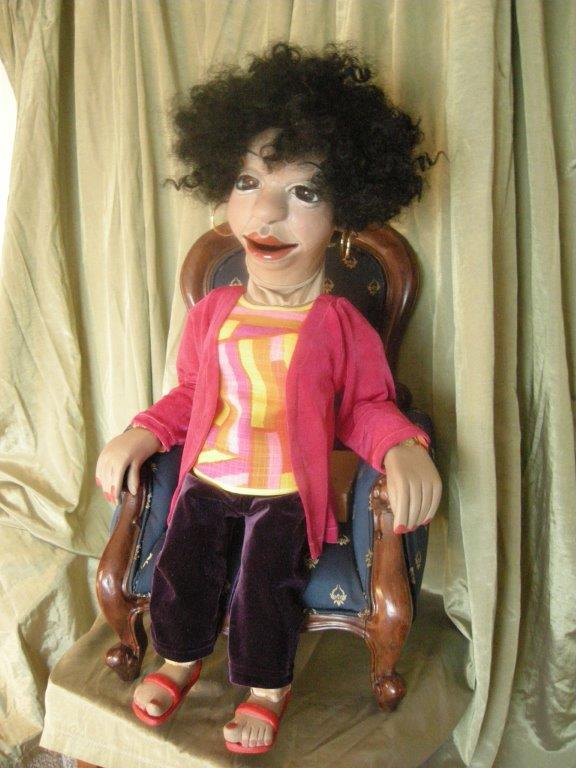 “I liked the idea that it was about a homeless man,” Young says of her decision to participate. “I have personal experience – somebody I know very well having been a street person. It’s something close to my heart.”

The libretto is by Sandra Nicholls, an award-winning poet and novelist who also happens to be Ellias’s wife and frequent collaborator. As with Ellias, this is Nicholls’s first foray into opera. “It was a daunting prospect,” she recalls. “At first, I was completely blocked; then I thought, ‘why don’t I just think of it as a long poem?’”

The first passages to emerge (workshopped at last year’s Music and Beyond) form two of the opera’s major arias. “I’ve Been Where the Water is Deeper and Darker” activates a trope of immersion that permiates the libretto, and is set to a ravishing, sinuous melody by Ellias; while the keening threnody “Fly So Far from Me” is treated with contrapuntal spareness, emotive vocal leaps, and judiciously spaced gut-punches of surprise chordal dissonance.

“It’s not what I expected when I first heard the term ‘puppet opera,’” says stage director Kris Riendeau. “It’s gritty.” Yet Nicholls wisely leavens the proceedings with Dickensian plot twists, coincidences, and a lively instinct for irony. An early chorus, its solemnity reminiscent of the Book of Isaiah (“He wears a crown of broken promises”), meets with whiplash smack-down from Ted, who snarks at “such poetry from the wings.”

And while the opera instantiates Ted as having been a victimized youth, Nicholls is vigilant against pat analysis or convenient laying of blame. “We all have troubles,” the Chorus observes. “Life goes on.”

In short, despite its sociological implications, Sleeping Rough is not agitprop. Rather, its depth couches that profound ambiguity homelessness seems enduringly to provoke: conscious dread mixed with an unconscious romance of divestiture, the allure of transcending meretricious materialism, the parlous glamour of confronting ourselves as – in the phrase from King Lear (arguably the greatest classic meditation on homelessness) – “unaccommodated man.”

Sleeping Rough is funded by the Canada Council, the Ontario Arts Council and the City of Ottawa. It plays the Music and Beyond Festival July 10, 11 and 12 at Ottawa’s Arts Court Theatre. Go to www.musicandbeyond.ca/event/sleeping-rough-festival-plus.