“Singing was something I started doing as soon as I could make noise. My parents used to call me the ‘screecher creature’ as a baby.” For Ottawa soprano Mireille ­Asselin, the sounds emanating from her voice have now been replaced by a clear warm soprano capable of navigating Handel and Mozart to contemporary opera to folk.

“I have always valued and prioritized versatility,” said Asselin. “It’s crucial to building and maintaining a singing career, especially in North America where opera work is more ­geographically scarce, plus I think it’s just way more interesting to do a bunch of different things! Seeking out a diversity of musical styles also forces you to keep your technique flexible and dynamic, which is so important. The best way to become adept at a new style is to listen, listen, listen!” 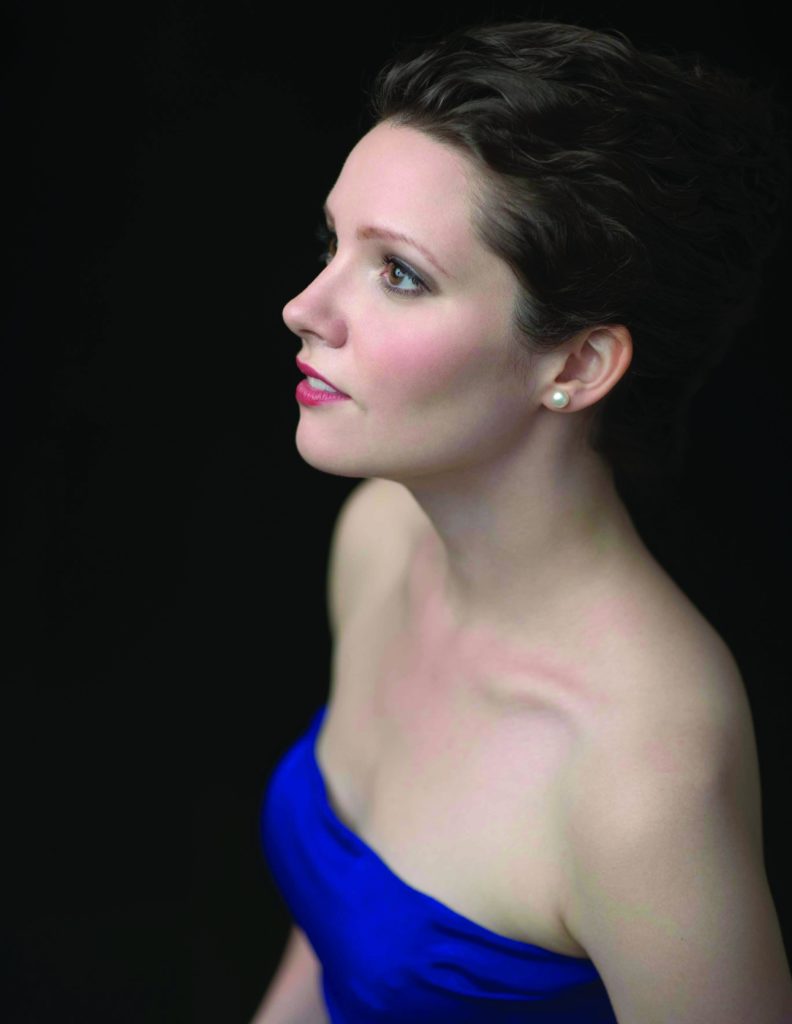 Like most singers during the pandemic, ­Asselin’s schedule was interrupted, and she had to adjust and reinvent herself. “Truthfully, I had quite a difficult time sustaining any artistic motivation in the pandemic,” said ­Asselin. “The kind of creating that I do, and that feeds my soul, is collaborative and in-­person. Recording to a backing track alone in my living room? No thanks. But I remain so grateful that lots of companies made an effort to hire artists to create content from home, as it kept lots of us going for better or for worse; it reminded me that I’m a person who sparks off the energy and ideas of others.”

Asselin said that the most unexpected thing that came out of the pandemic was the opportunity in project curation, “With both Tapestry and Renaissance Opera, I was given the gift of a blank canvas and a budget with which to ­create… something. I was able to explore grief and loss through the project ‘Rivers of Grief’ which I co-developed with tenor Asitha ­Tennekoon, a process I found profoundly cathartic. And in ‘Our Song D’Hiver’ with Tapestry Opera, I could honour my bilingual French-Canadian heritage by wading into the murky space in between Canada’s French and Anglo solitudes.”

As Asselin tells it, her big break came thanks to the role of Adele in Johan Strauss’s Die ­Fledermaus to rave reviews: “Mireille Asselin steals the show in Met’s Fledermaus” was the headline in New York Classical Review. In 2015, the Metropolitan Opera needed Asselin to step in with four hours notice for the ­opening night performance— just enough time to fly her parents in. “I was singing next to stars like Susan Graham, and being ­conducted by none other than James Levine himself. I had the Most. Fun. Ever.”

“Seeking out a diversity of musical styles also forces you to keep your technique flexible and dynamic, which is so important. The best way to become adept at a new style is to listen, listen, listen!”
– Mireille Asselin

Asselin clarified that her first true break came in 2008. “The hardest moment in a singer’s career is getting that first person to take a chance and hire you for a real show out of the multitude of eager young students they hear. Once you have that first gig, you have some legitimacy and momentum. So my ­journey really happened because I was cast by Kim Mattice Wanat right out of undergrad as Adele at Opera NUOVA — then through the director of that show, Michael Cavanagh, Opera Hamilton hired me as their Adele in 2009. Then at the COC, Alexander Neef saw I had Adele under my belt and put me in their 2011 production. And finally, when the Met was looking for someone to cover Adele, they sent me an email. I auditioned, and was hired for their 2013 season.” 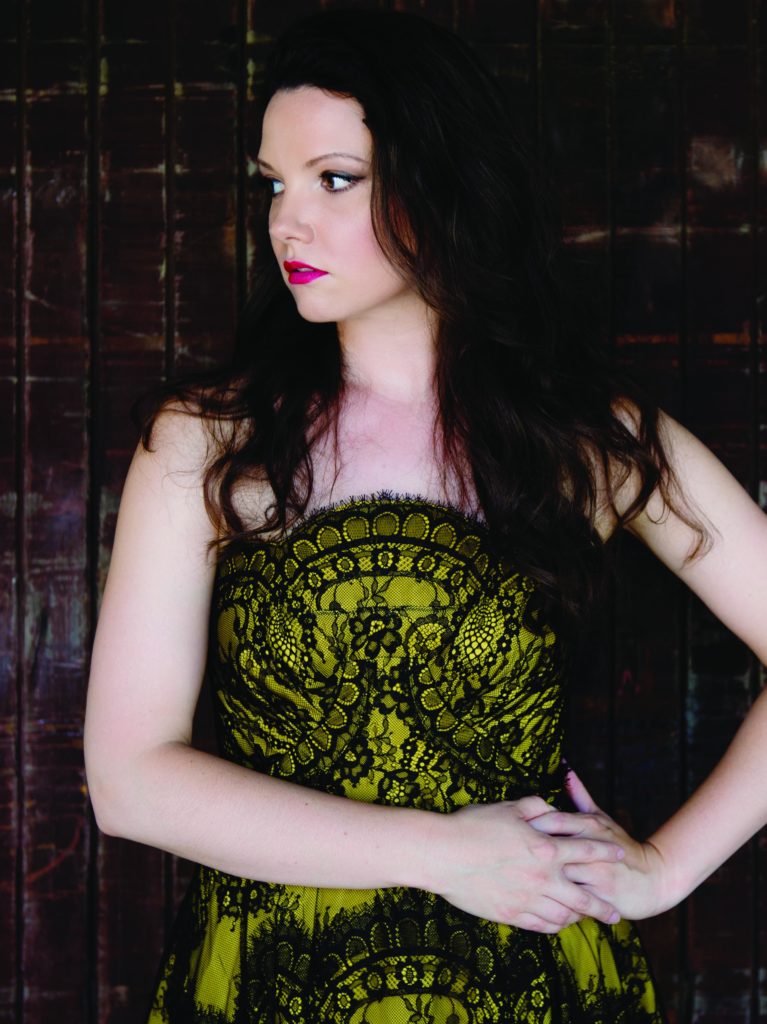 At the Met, Asselin also performed Poussette in Massenet’s Manon in her five years ­covering roles that included Rosina (The ­Barber of Seville), Jemmy (Guillaume Tell), and Valencienne (The Merry Widow). “That being said, I found that covering took its toll on me. It’s difficult to pour so much of yourself into the preparation of a massive role, only to not be able to share it with an audience. I found that sitting on the sidelines was not good for my singing or my frame of mind.”

Asselin has moved on from covering at the Met but would be happy to go back in ­performance. Her advice to young singers is to keep at it. “I sang a total of six auditions for Met Opera staff before they brought me ­onboard. Twice as a student at Yale, twice as a young artist at the COC, once when I was asked to try out for the Lindemann Young Artist Program (which is the Met’s training program), and finally when they requested I come down to sing for the role of Adele.”

From the beginning, young Asselin was ­constantly singing around the house, memorizing all the Disney tunes, recording songs into a little portable tape deck, and before too long she joined a choir and took up piano/voice/ballet lessons. “I am very fortunate to have parents who nurtured my interests and made it possible for me to take up lots of extracurricular opera-singer-in-training activities!“

Asselin attended the vocal program at École secondaire publique De La Salle in Ottawa from Grade 10 before her undergrad at the Glenn Gould School of the Royal Conservatory of Music and Yale’s opera program for her master’s. After her degrees, she trained at the Canadian Opera Company’s Studio Ensemble (2011-13), and summers at Glimmerglass, as a Filene Artist with Wolf Trap (USA), Opera NUOVA (Edmonton), Tafelmusik’s Baroque Summer Institute, contemporary music at Queen of Puddings Music Theatre (Toronto), Britten Pears Young Artist program of the Aldeburgh Festival, art song with Toronto Summer Music and at Carnegie Hall’s Art of Song series. She learned Italian in Italy with La Musica Lirica and German at the Goethe-Institut and Yale.

“The hardest moment in a singer’s career is getting that first person to take a chance and hire you for a real show out of the multitude of eager young students they hear. Once you have that first gig, you have some legitimacy and momentum.”
– Mireille Asselin

Asselin says it takes a village to train an opera singer, and she is thankful to her ­teachers: “Robert Filion, at De La Salle, taught me discipline and rigorous preparation; Donna Sherman, at the RCM, forced me to get out of my head and in tune with my body; Monica Whicher helped me discover how to make vocal technique serve my artistic ideas and guided me to developing my true voice; David Moody, my coach who lives in NYC, helped guide me back to myself after I felt like I had lost my way; Neil Semer, my current teacher, who is providing me with rock-solid technical tools to get me through good days and bad.”

Asselin has a full summer before heading to the family farm in Manitoba and then home to Almonte with her husband, tenor Christopher Enns, whom she met at the Opera NUOVA Fledermaus: a recital in Niagara-on-the-Lake June 20 with the Mirror Visions ­Ensemble; two shows June 23 with Rockport Chamber Music in Rockport, Mass. (a cabaret and a performance of Schubert’s The ­Shepherd on the Rock); July 4 with Music and Beyond in Ottawa, singing Handel at their opening concert, as well as joining their show “Music and Magic”; July 7 with Toronto ­Summer Music’s opener singing folk-song ­inspired works by Canadian composer Cecilia Livingston, and Ukrainian composer Mikola Lysenko; Aug. 14 recital with CAMMAC Music Centre.

Next season, music lovers can hear Asselin with the NACO, the COC, Edmonton Opera, Opera Atelier, and in a North American recital tour with the Mirror Visions Ensemble.

Her dream roles? “I still love singing ­Handel and Mozart heroines, and bucket-list roles ­include Cleopatra in Giulio Cesare, Pamina in The Magic Flute, Ilia in Idomeneo and as many Susannas (The Marriage of Figaro) as I can get under my belt as humanly possible! Other dreams would be to take on Blanche in Poulenc’s Dialogues des carmélites, Anne Trulove in The Rake’s Progress and maybe even Lulu one day! A girl can dream.”