You are at:Home»Classical Music»Vocal»Opera»Review: In Munich, a Tale of Two Operas
Advertisement / Publicité

The Bavarian State Opera is the largest house in Germany and among the most difficult to characterize in a few words. Vocal standards are high, orchestral standards superlative. No one has suggested that Kirill Petrenko, Kent Nagano’s successor as music director, has done anything to let the latter sag.

Then there are the productions, often reflective of directorial excess at its most exasperating. But often does not mean always, as two performances over three days recently made clear. 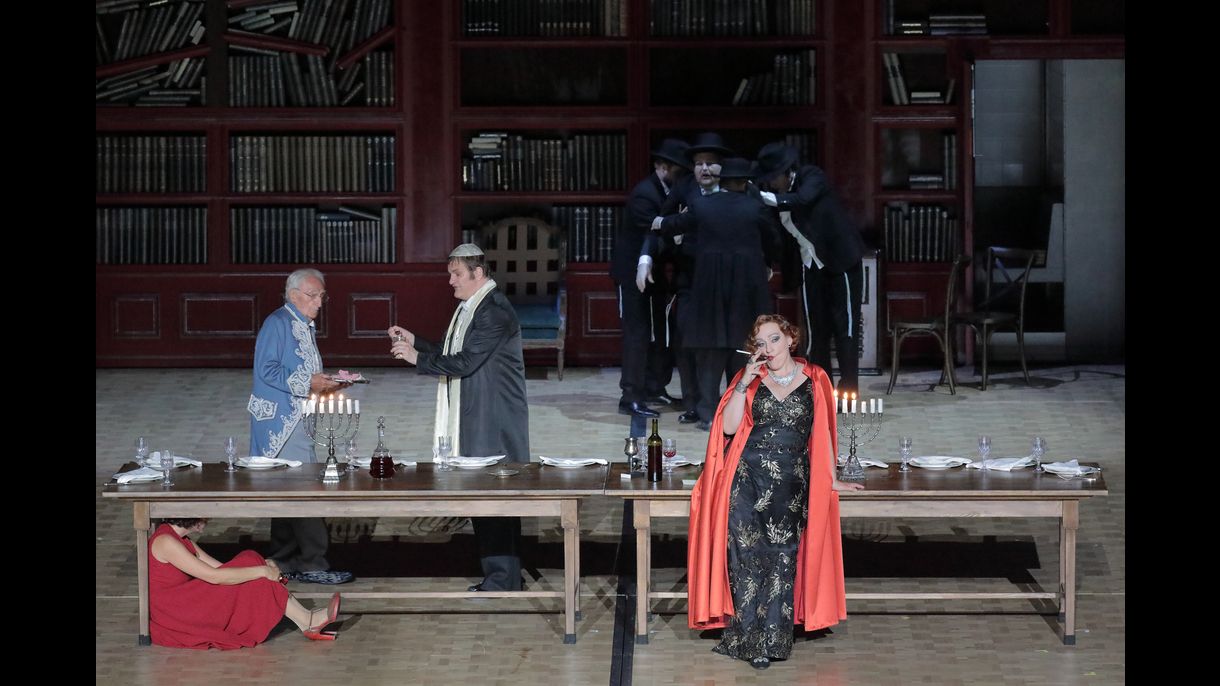 Relatively new to the lineup is Salome as staged by Krzysztof Warlikowski, the Polish director who also furnished the BSO with its “Brokeback Mountain” version of Tchaikovsky’s Eugene Onegin. In his vision of Richard Strauss’s opera, the drama unfolds not in the palace of Herod in Biblical times but what appears to be the library of a well-to-do mid-century Jewish family. That they are menaced by Nazism is made clear in the final seconds, when they commit suicide. John the Baptist, curiously, survives. He also willingly kisses the title character, whom he professes to loathe. Just whose head is in the breadbox Salome traipses around with is not clear. 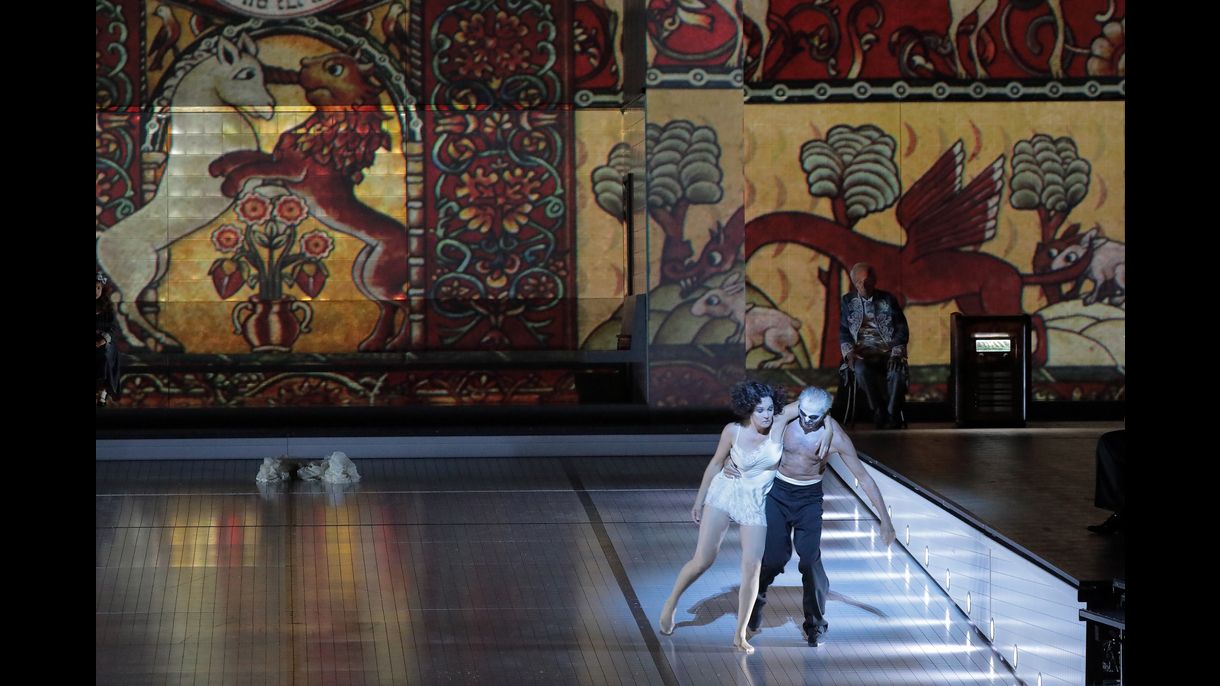 As for the Dance of the Seven Veils, it is performed with the personification of death as a danseur noble. There are a few vulgar strip-club manoeuvres but on the whole the pas de deux worked well on Oct. 9. Dancing, after all, is often done in pairs. The set by Małgorzata Szczęśniak, though flagrantly unsuited to the opera, did not look ill-constructed. It must be said that the BSO does not do things by halves.

There was solace in the performances, including the sweet-sounding but subtly nefarious Salome of Marlis Petersen; the Herod of Wolfgang Ablinger-Sperrhacke, who was a good enough singer and actor to portray the character as uncentred rather than unhinged; and the suitably neurotic Herodias of Michaela Schuster. Wolfgang Koch, wearing a sloppy track suit, sounded rough and ready as Jochanaan. In any case, the strongest musical statement emerged from the pit, where Petrenko wove tapestries that were both complex and lush. Rhythms were vibrant, balances exact. Splendid playing throughout. 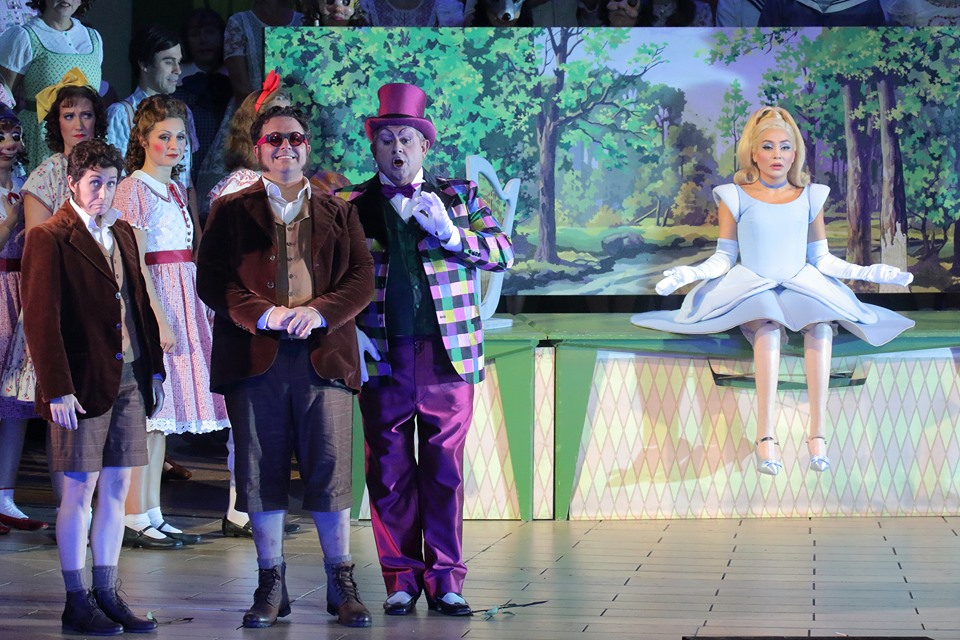 Two days later came a performance of Les contes d’Hoffmann in a 2011 production by Richard Jones, a British director with a penchant for comedy. In Offenbach’s likeable patchwork of an opera his instincts proved well-placed. The tweed-suited students of the chorus, precisely choreographed, were funny from beginning to end. A sequence of stage surprises kept the spectator amused. The set by Giles Cadle uses forced-perspective geometry to wonderfully surreal effect. Monotony is deftly avoided by colourful changes of wallpaper. 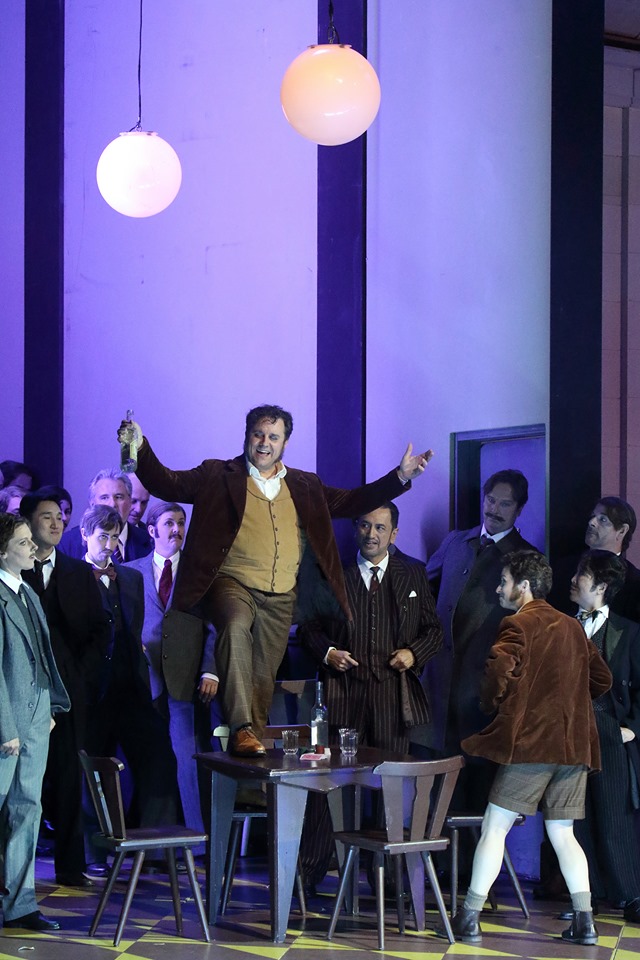 The positive comic atmosphere could be heard in the singing. Michael Spyres (who was heard in recital last summer at the Lanaudière Festival) applied a ringing tenor to the title role, as well as an athletic aptitude for jumping on tables. Only in the final act (Act 5 in the edition of Michael Kaye and Jean-Christophe Keck) did he resort to undue force. Bass Alex Esposito acted well as the villains, even if he produced little variety of tone. Kevin Conners in the baritone roles seemed to be singing through an indisposition. 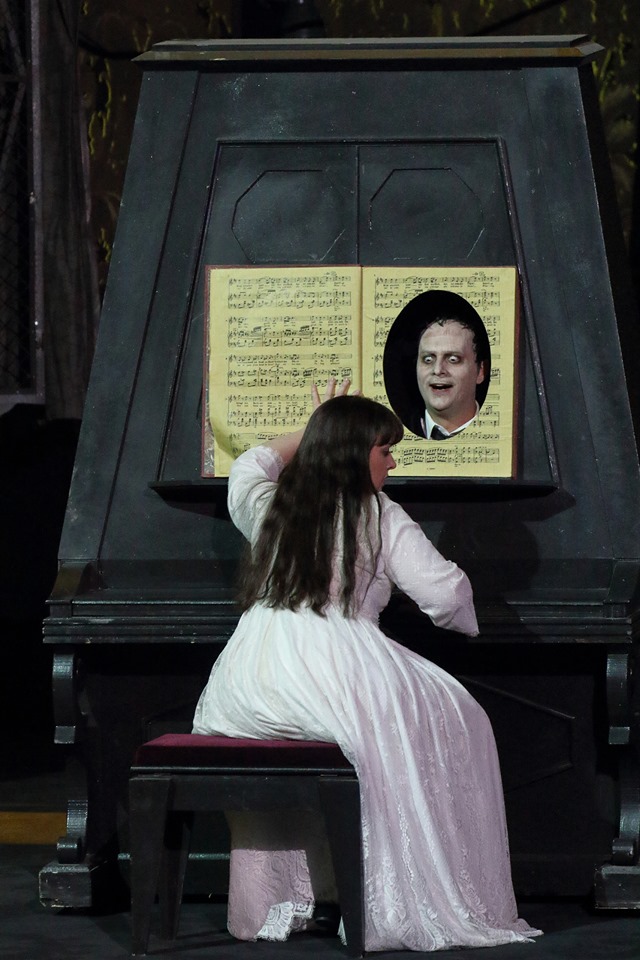 Nina Minasyan as Olympia was the most vibrant of the three sopranos. Strangely, this mechanical doll did not require any winding up by Coppelius – normally one of the sure laugh-getters in a performance of this opera. A performer of special interest was Michèle Losier, one of a few Canadians who are doing rather well in Europe. She sounded fresh and boyish as Hoffmann’s aide-de-camp, Nicklausse, and looked the part, with sideburns and short pants. It is hard to believe that this Montreal-born mezzo-soprano can toggle a run in a trouser role (all right, a short-pants role) in Munich with sultry Carmen in Copenhagen. The characters could hardly be less alike.

The chorus made hearty sounds. Constanin Trinks led the orchestra with more attention to punchy rhythm than horizontal lyricism. All the same, this is one of the BSO’s most watchable productions, and a handy demonstration of how creative direction can work with, rather than against, the spirit of an opera.

In 2021-22 the house is facing a double transition, as Regietheater-friendly Nikolaus Bachler leaves after a decade as Intendant and Petrenko concentrates on his chief conductor duties at the Berlin Philharmonic. What a grand thing it would be if Serge Dorny, Bachler’s announced successor, eased up on aggressive productions of the Salome type while Vladimir Jurowski, the Generalmusikdirektor, maintained orchestral matters just as they are. Idealism worthy of Hoffmann himself.