The second concert of the Orchestre classique de Montréal season, Tuesday in Salle Pierre-Mercure, came adorned with thematic and honorary elements. In musical essence it was a night of Ravel, and as such it succeeded. 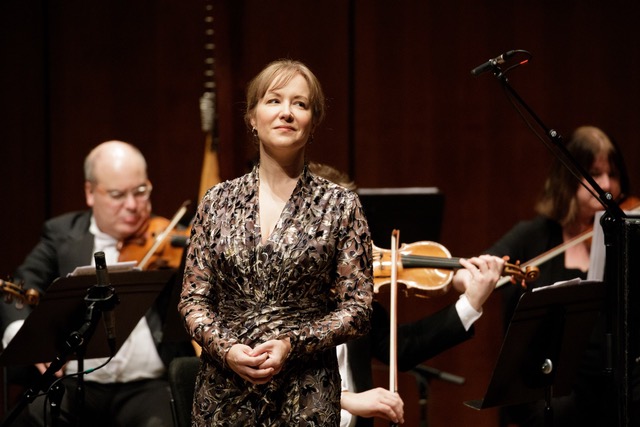 The biggest success came first: Shéhérazade, the sensuous three-part cycle of 1904, with Juile Boulianne as soloist. Singing from memory, this radiant mezzo-soprano seemed to inhabit the music, modulating from insinuating whisper to full-throated climax (and back) in a completely natural way.

In an age of COVID cabin fever, the oriental fantasies of the text (by the intriguingly named poet Tristan Klingsor) seemed even more beguiling than usual. You would like to see the cities of Persia, with their slender minarets in the air? Beautiful turbans of silk and robes with long fringes? Sounds good to me.

OCM artistic director Boris Brott had much to do with the effect, maintaining a seductive pulse that put the listener on the prow of that ship heading east. Strings were vibrant. Credit François Vallières, the OCM’s resident arranger, for capturing so much of the colour of Ravel’s original score. The ensemble of 18 included only two winds – clarinetist Simon Aldrich and flutist Caroline Séguin (who obviously had an important assignment in the second song, La flûte enchantée). Boulianne certainly has the firepower to contend with a full orchestra (and indeed has done so on disc) but I wonder if she and other mezzos relish the freedom offered by a chamber setting to explore quieter realms. In any case, this arrangement deserves wide dissemination.

The Russian conductor Rudolf Barshai (1924-2010) worked mostly in the other direction, inflating string quartets for chamber-orchestra use. His arrangement of Ravel’s String Quartet (spuriously titled Petite symphonie à cordes) proved effective in the plucky second movement and the robust passages of the finale. More diaphanous sounds were needed in the Très lent movement. Three cellos do not necessarily sound better than one. 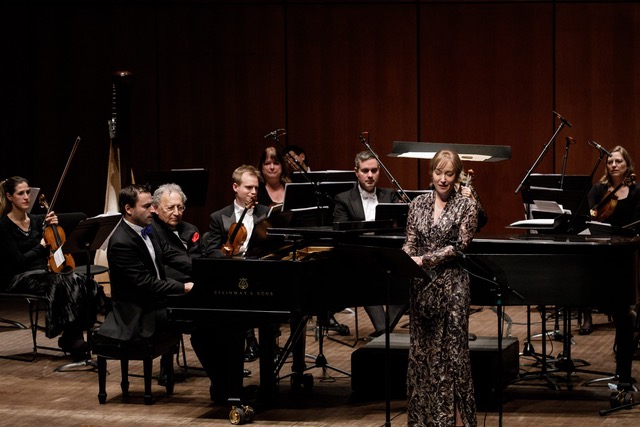 Boulianne was heard also in Ravel’s lightweight Cinq Mélodies populaires grecques. Jean-Philippe Sylvestre was at the piano, which had to be rolled in from the wings. It would have been more interesting (and from the perspective of stage logistics, less troublesome) to use the Carlos Salzedo version for harp.

The only music on the program written for chamber orchestra was Régent Lavasseur’s Farewell to the Warriors, a set of variations on a Chippewa song commissioned in 1999 by Tara-Louise Montour, a Montreal violinist of Mohawk descent. Her performance was warmly authoritative but the music did not veer far from the limits of its gently modal harmonic language. An Indigenous drum sounded appliqué. This program was originally to feature a new work by the Odawa First Nation composer Barbara Croall. I look forward to its rescheduling.

The evening was titled Contes et Mélodies. The overarching theme of the OCM season is Women of Distinction. Preliminary words of welcome (almost entirely in French) included a tribute to the Innu poet Joséphine Bacon, who was present in the audience.