You are at:Home»La Scena Online»Concert Reviews»De Souza gets to the heart of Schumann with the Orchestre Métropolitain
Advertisement / Publicité 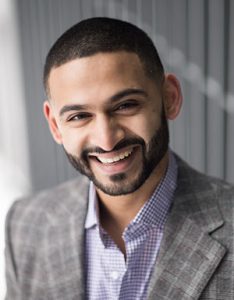 Local boy makes good. Not that Jordan de Souza is, strictly speaking, a Montrealer. “Né à Toronto” were the first words we read in the program biography Friday (April 12, 2019) at the Maison symphonique. But this conductor learned his craft at McGill and had some good innings at the Church of St. Andrew and St. Paul before ascending to the position of Erster Kapellmeister at the Komische Oper in Berlin. Thus the special interest of his return to town at the helm of the Orchestre Métropolitain.

Spring was the supposed theme of the evening but the real focus was Schumann, a tricky composer to manage despite his canonical status. Are the orchestral works light and nimble or full-bodied and majestic? I subscribe to the latter view, which is why this performance of the Symphony No. 1 “Spring” was a revelation. Noble brass, warm strings, glowing woodwinds, crackling timpani: we got them all in just proportion.

Nor was anything lacking in articulation. Schumann waxes contrapuntal in the development of the first movement. Strings did justice to the various strands. By gearing up the tempo in the coda, De Souza earned himself some intrusive but understandable applause. The Larghetto captured a characteristically Schumannesque balance of turbulence and repose. Trios in the Scherzo had character and the scampering figures of the finale evolved into a convincing expression of heroism.

The impressive trombones were not the only players in good form. Throughout we had the sense of a conductor who was willing to let the orchestra loose and musicians who were grateful for the show of confidence. If there was a price to pay in ensemble here and there (and notably at the start) there was a payoff in high spirits. 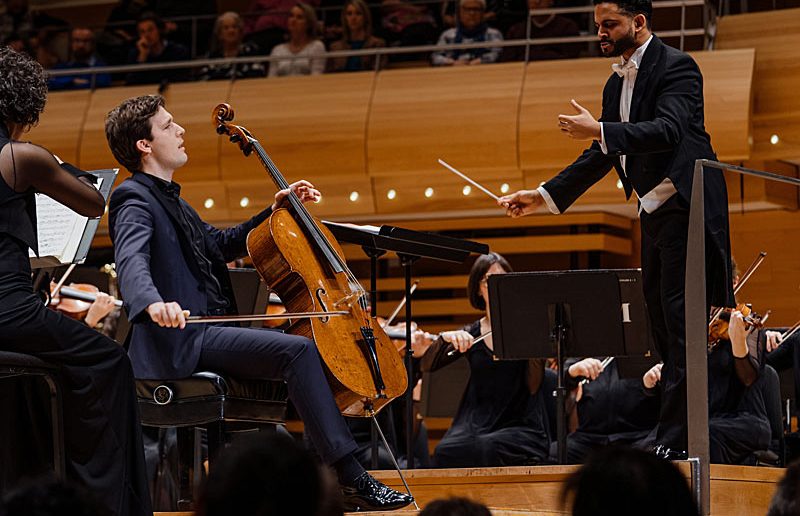 Before intermission we heard Schumann’s Cello Concerto with Maximilian Hornung, a 33-year-old German, in the solo role. If his bold tone was less than ideally varied, he could always be heard. The cadenza of the finale, with its creative touches, was a source of special interest. The audience cheered and got an encore, the Courante from Bach’s Cello Suite No. 1.

The program began with Kevätlaulu (“Spring Song”), a seldom-heard tone poem by Sibelius that welcomes the season in hearty terms. De Souza preferred legato phrasing in both this and Delius’s softly modal On Hearing the First Cuckoo in Spring. In both works (the latter led without baton) the fundamentally handsome sound of the orchestra was apparent. A return engagement is indicated.

The concert repeats on Saturday, April 13 at Mercier–Hochelaga-Maisonneuve (but is SOLD OUT).