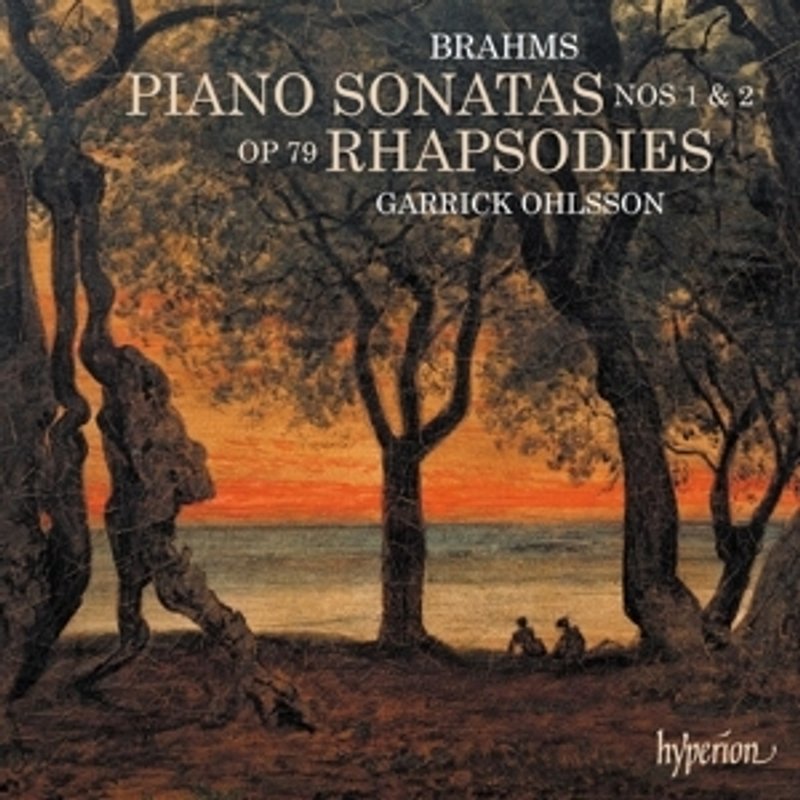 Most of Brahms’s published output is familiar through repeated performance. Oddly, his first two Piano Sonatas – Op. 1 in C Major and Op. 2 in F Sharp Minor – are generally ignored, though their only crime as evidenced by this valuable recording is a failure to rise quite to the level of the altogether admirable Sonata Op. 5 in F Minor. The veteran American virtuoso Garrick Ohlsson renders both the heroic first movement of Op. 1 (where the influence of Beethoven’s “Hammerklavier” is unmistakable) and the mostly moonlit Andante (“After an old German love song,” according to the score) with his habitual clarity and exactitude. The rollicking scherzo is aptly contrasted with the smooth lyricism of the trio, and the finale moves at a fine gallop. Everywhere Brahms’s characteristic dialogues of treble and bass are nicely balanced. If architecturally less sound, Op. 2 (in fact composed earlier) surpasses Op. 1 in bravura, with its Lisztian double octaves and right-hand flurries. (It should be noted that young Brahms visited the elder master in Weimar.) Its many agitated interludes are done justice, as are the gentle horn effects of the trio. The balladic modulations of the finale, much the longest movement, already sound characteristically Brahmsian. The program concludes with the Two Rhapsodies Op. 79, finely wrought if understated. Throughout we get not only Ohlssonian technical standards but the sound of a modern Steinway, faithfully recorded. Indeed, the brilliance of the instrument in the treble range might be a demerit for some listeners. Perceptive and detailed booklet notes by Misha Donat.