As One might not be the only opera written for two vocal manifestations of the same character, but there cannot be many others. The risk involved in the undertaking lies not necessarily in the subject matter – the phenomenon of trans identity has been headline material for a while – as in the need to create drama without supporting characters. It says something about the virtues of this work of 2014 and the quality of its online Quebec premiere Friday under the auspices of the Orchestre classique de Montréal that two singers and a string quartet could hold the stage successfully for 80 minutes.

Hannah has one name but two selves. Baritone Phillip Addis takes the lead in the early scenes, which deal with the difficulty of meeting traditional expectations at school. Mezzo-soprano Sarah Bissonnette is dominant after the transformation, although it is part of the point of the piece that there is a degree of interaction (and unison singing) throughout.

In Part 2 Hannah naturally adopts the old male persona when calling home to beg off Christmas with the family. The character then promptly becomes “Hannah after” when approached in a coffee shop and exposed for the first time to a potential post-operative romance. With a pastiche of carols in the background, the scene scans as natural, even innocent. 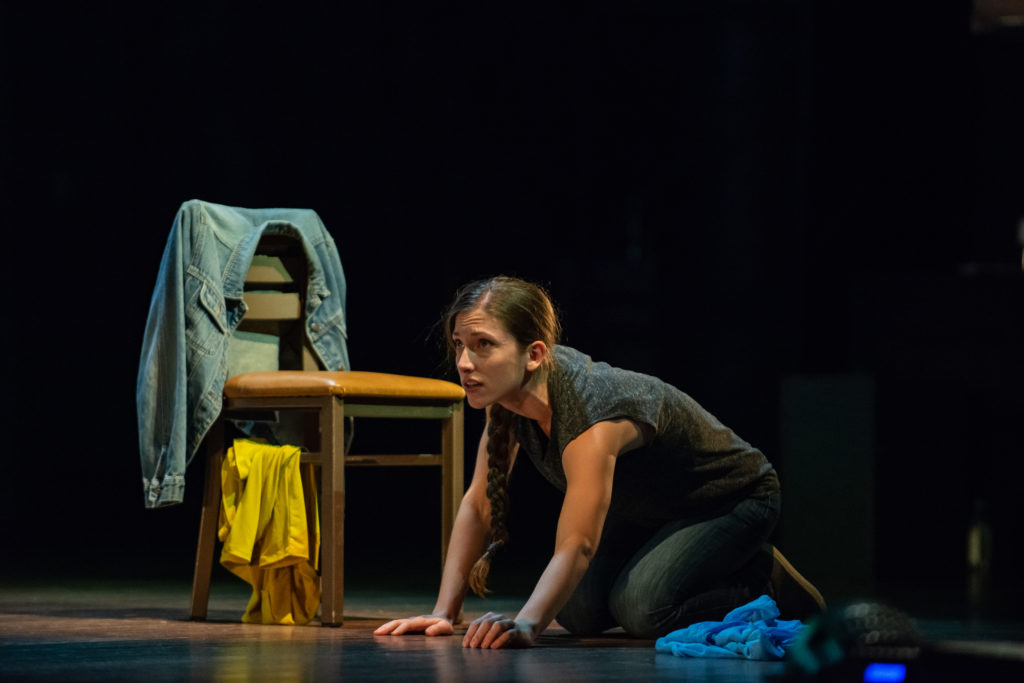 Indeed, As One is remarkably understated. Words by Mark Campbell are realistic and the music by Laura Kaminsky deftly illustrates Hannah’s inner life. There is a demonic scherzo with snarling glissandi when Hannah is assaulted and the names of victims of transphobic violence are read aloud. But the string quartet (ably staffed by OCM regulars) makes mostly subtle sounds and the vocal writing is lyrical. Arias might not be stand-alone distinctive but they are consistently apropos.

Geneviève Leclair, the incisive conductor, briefly fills the role of a schoolteacher in Part 1. Overwise the drama is confined to the two Hannahs and their interlocking narrations. Director Eda Holmes achieves much with a pair of lonely chairs as props on the stage of the Cirque Éloize. Somehow the viewer is never conscious that distancing norms are being observed.

Not that anything as obvious as a physical embrace is required. A central message of As One is that personal peace is achieved on a spiritual plane.

There is a happy ending after Hannah takes a trip to distant Norway and spends some time in self-reflection. The backdrop film by Kimberly Reed (who also had a hand in the libretto) manages to evoke various environments without overwhelming the music or the words.

The singers are well chosen. Addis is a bright baritone; Bissonnette a deep mezzo. Do the math. As One attracts interest with its innovative concept. This performance works for mostly old-fashioned reasons.

As One is available for streaming through Dec. 4. Go to www.orchestre.ca.