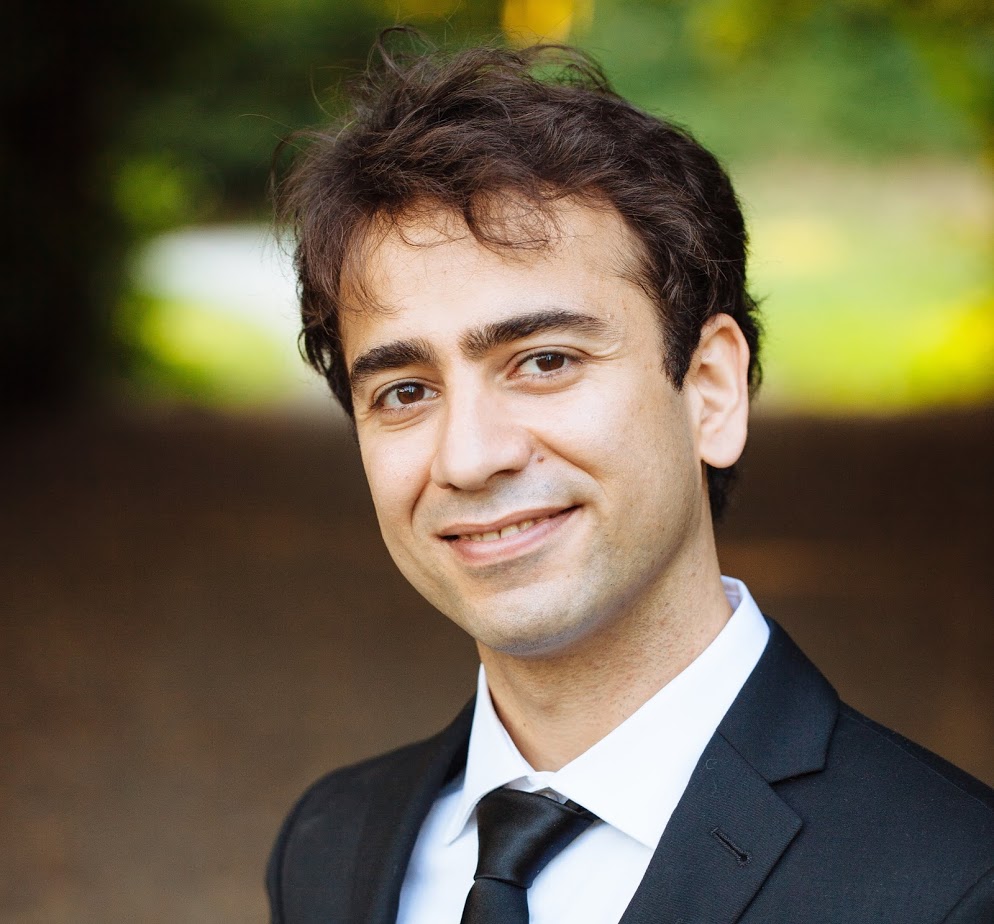 Winner of the 2022 Commission prize is Canadian-Iranian composer and pianist Iman Habibi. A founding member of the Piano Pinnacle piano duo, he has been ­commissioned by the Boston Symphony ­Orchestra, the Philadelphia Orchestra and the Orchestra of St. Luke’s, and has collaborated with the Vancouver and Winnipeg Symphony Orchestras and the JACK, Chiara, Del Sol and Calidore String Quartets. Other recent awards include numerous SOCAN Foundation prizes, the Brehm Prize for Choral Composition (2016) and grants from the Canada Council for the Arts, the Ontario Arts Council and the British Columbia Arts ­Council. www.imanhabibi.com.

Aharon Harlap, winner of the 2022 Azrieli Prize for Jewish Music, is among ­Israel’s most important and successful ­composers and conductors. He teaches conducting, choral conducting and composition at the Jerusalem Academy of Dance and Music. In 2020, Harlap was awarded the Lifetime Achievement Award as a composer of Jewish music, an award sponsored by ­Zippora Jochsberger and the Jerusalem Academy. He is closely associated with music based on Biblical texts, including chamber and orchestral music, as well as operas and oratorios. His compositions have been performed in Canada, Israel, the United States, Europe, South Africa, Russia and Thailand. www.aharonharlap.com. 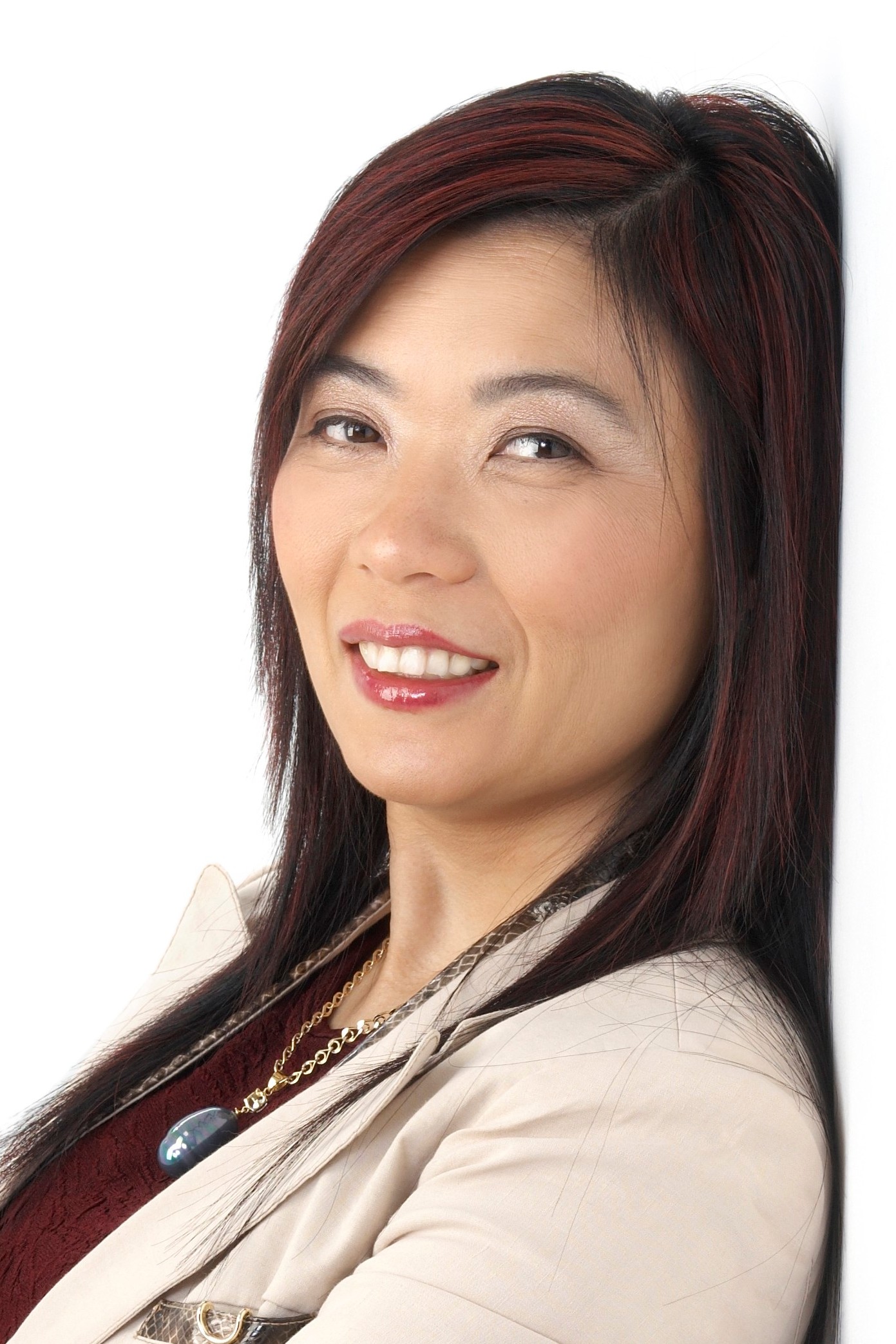 Canadian composer Rita Ueda is the ­recipient of the 2022 Azrieli Commission for Canadian Music. Recent premieres of her works include collaborations with the Vienna Radio Symphony Orchestra, Budapest Symphony Orchestra, Vienna Chamber Orchestra, Prague Modern, Locrian Chamber Players of New York, Amadeus Choir of Toronto, and SYC Ensemble Singers of Singapore. Her awards include first prize in composition at the Krzysztof Penderecki International Competition (2014) and second prize in orchestral ­composition at the Val Tidone Composition Competition (2013). She is currently composer-in-residence at the Sanremo Symphony Orchestra (Italy) and her most recent recording is the album Solisti Della Scala – Octets. 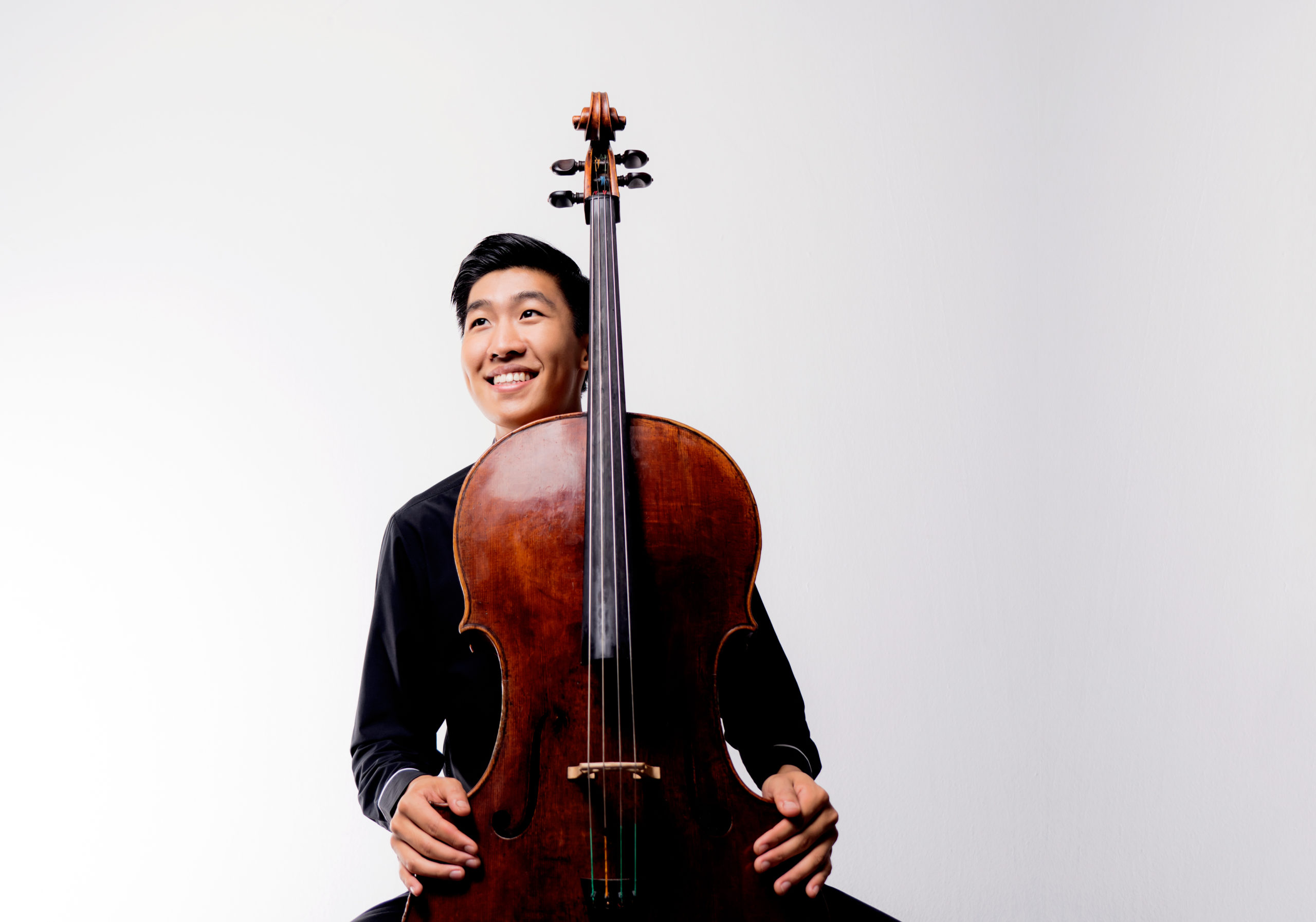 Canadian Bryan Cheng, 24, won the ­second prize for cello at the Geneva Competition. Cheng, who studied in Montreal with Yuli Turovsky among others, had been the first cellist to win the grand prize of the OSM Competition in 2019. He plays regularly with European, Canadian and American orchestras under such prestigious conductors as Matthias Pintscher, Susanna Mälki and Peter Oundjian. He plays the 1696 Stradivarius “Bonjour” with a Shaw Adam bow on loan from the Canada Council for the Arts Musical ­Instrument Bank, of which he is also the 2018 competition winner. www.bryancheng.com

First prize was awarded ex aequo to the Russian mezzo-soprano Victoria Karkacheva and the Peruvian tenor Ivan Ayon-Rivas. The latter won the Luciano Pavarotti award in the Premio Etta e Paolo Limiti competition in 2015 and received a award from the Congress of the Republic in 2018. Karkacheva is a member of the young artists program of the Bolshoi Theatre of Russia. She will be featured in a few upcoming operas, notably at the Bayersiche Staatsoper, in lead roles in new productions.

The other winners are: 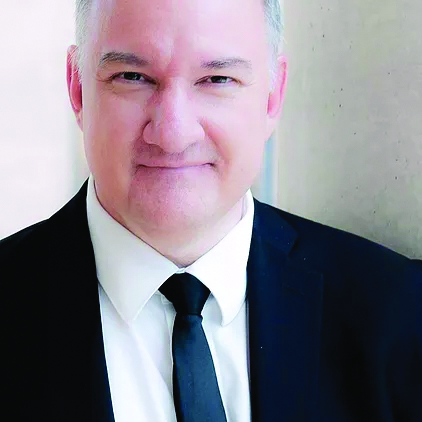 Danielle Maisonneuve won the Gilles-Breton award for an accompanying musician.

Louis Desjarlais accepted the Marie-Bernard award for a professional composer and chorister.

Xavier Roy, general director of the Festival de Lanaudière, is one of two recipients of the John Hobday Awards in Arts Management, given annually by the Canada Council for the Arts to celebrate experienced and mid-career cultural managers.

The president and founder of the Festival of Arabic Music & Arts, Wafa Al Zaghal, also won the arts management award.

The Hnatyshyn Foundation presented its awards to 8 young artists. 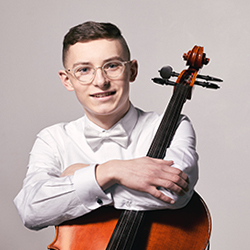 Winner of the 2021 Canada Council for the Arts Michael Measures Prize, David Liam Roberts has established himself as one of the most exciting Canadian cellists of his generation. 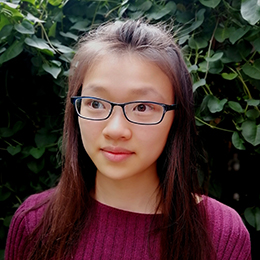 Naomi Wong, a Toronto native, is in her third year of performance studies at the University of Toronto under the direction of Enrico Elisi. She recently won the grand prize at the International Music Festival and Competition. 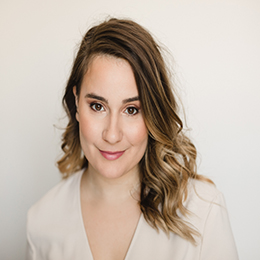 Hailed as “powerful and captivating” (Globe and Mail), Canadian ­soprano Elizabeth Polese is a recent graduate of the Atelier lyrique de l’Opéra de Montréal and a member of the Tanglewood Music Center. www.elizabethpolese.ca 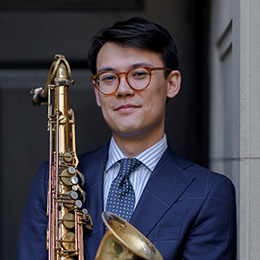 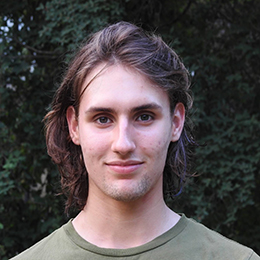 With a background in artistic gymnastics and circus, Zerges studied at the École de danse contemporaine de Montréal with performers and choreographers such as Linda Rabin, Lucie Grégoire and Marc Boivin. 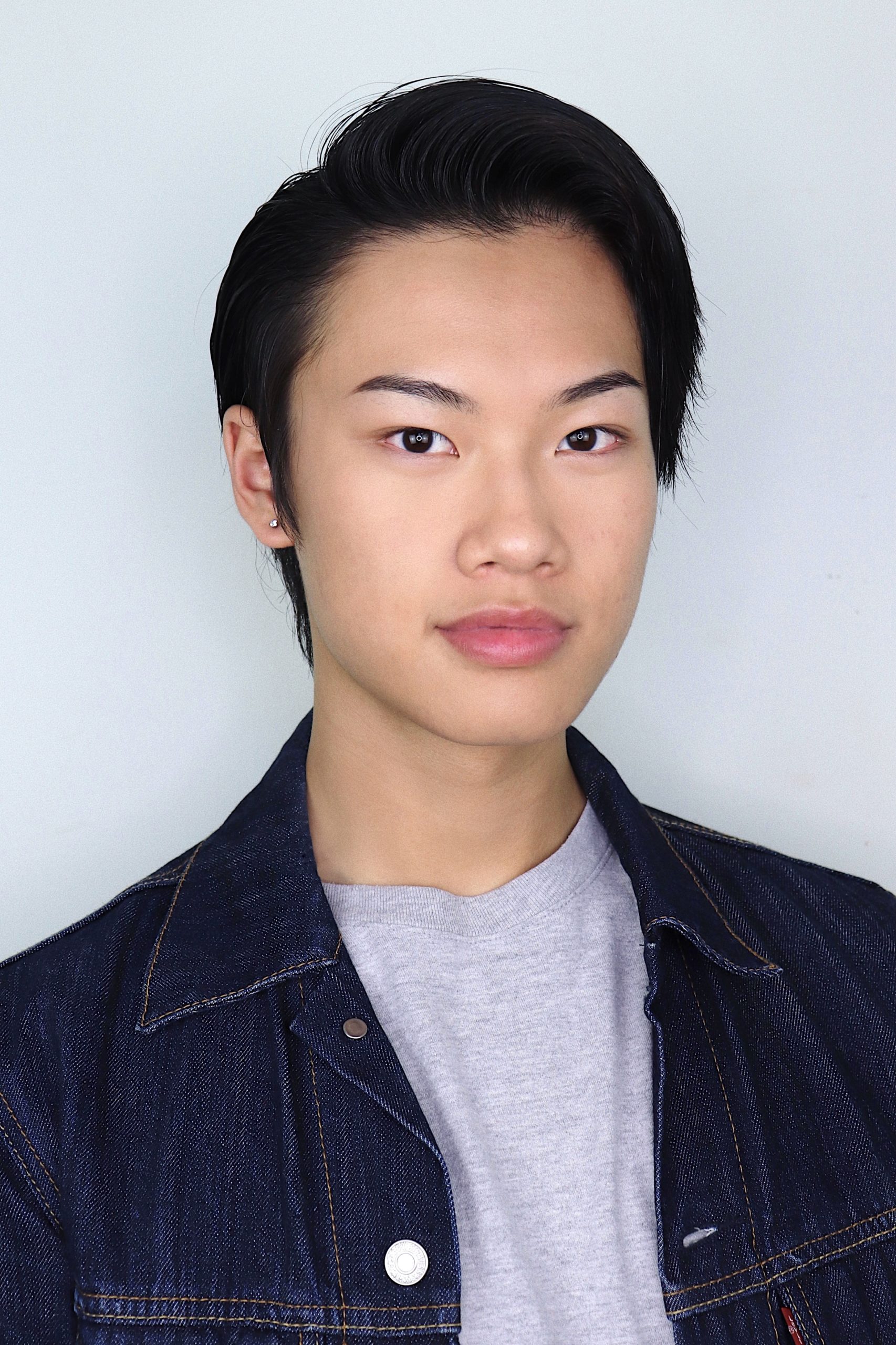 Anton Ling, 21, is an actor from Toronto. He is the recipient of the ­Acting Scholarship – English Theatre. He will be entering his fourth year at York University’s Conservatory of Dramatic Arts this fall. 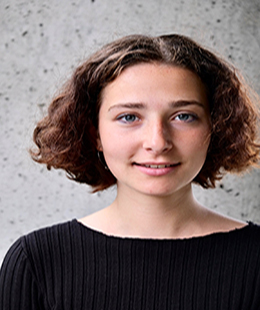 Lens-Pitt will have completed her three years at the Conservatoire in the spring of 2022. She looks forward to the future with a strong ­desire to create and perfect her skills in singing, dancing and writing. 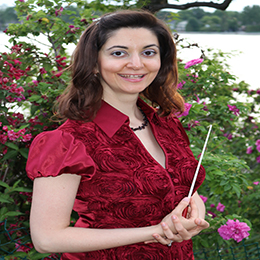 The recipient of the conducting scholarship is Gohar Manvelyan. A graduate of Concordia University in Montreal, she is the artistic ­director and choral director of Les Muses and the St. Bruno Carousellers Community Choir.