A pianist from Canada had arrived. Simply a miracle! —Mstislav Rostropovich

Not long ago, while perusing YouTube, I rediscovered Glenn Gould: The Russian Journey, an award-winning documentary about Gould’s two-week visit to the Soviet Union in 1957, where he gave eight concerts, four each in Moscow and Leningrad. Gould was the first Canadian ­musician, and the first pianist from North America, to appear in Russia after the Second World War. It was the zenith of the Cold War, when the state controlled every physical and mental aspect of Russian society, and imposed a blackout or coma in cultural matters. Stalin, who some scholars say murdered 60 million people, had died four years earlier. His ­successor Khrushchev held an anaconda chokehold on power and openly and ­repeatedly threatened the West with nuclear annihilation. It was just months after the Suez crisis and the brutal Soviet suppression of the Hungarian revolt. 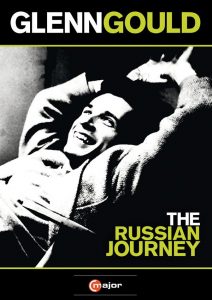 Into these shadows ambled a young ­Canadian from Toronto. To great acclaim, the twenty-four-year-old Gould had already released Bach’s Goldberg Variations and ­performed with the New York Philharmonic under Leonard Bernstein. But in Russia he was a complete unknown. International ­recognition, pride, prestige and perhaps his future career were at stake. Russia’s famously intense and profound artistic culture would judge him against what were arguably the highest musical standards in the world. Bach was Gould’s specialty. The Russians respected Bach as a great composer, but saw him as “church music” and therefore a little boring. Nevertheless, many Russian music lovers hungered for artistic nourishment beyond a moribund, state-sanctioned, sentimental ­romanticism, that like some dreary official choir ceaselessly repeated 19th-century musical tropes in an endless kowtow to convention.

“You felt you were in the presence of a person totally ­absorbed in his strange and enigmatic world, who was at the same time in total control of what he was doing.”

Gould’s sparsely attended first concert at the Great Hall of the Moscow Conservatory changed everything. In the minutes after Gould started to play The Art of the Fugue, musicians and other attendees, shocked by the sublimity and electrifying modernity of his Bach, ran to the telephones to alert their friends. Composers and professors of music, students, poets and philosophers grabbed their coats and ran to the concert hall. The second half of the concert was sold out. “A strange sensation of exhilaration filled the room,” said film and opera director Andrei Konchalovsky. “You felt you were in the presence of a person totally ­absorbed in his strange and enigmatic world, who was at the same time in total control of what he was doing,” said renowned pianist and conductor Vladimir Ashkenazy. “People told me, did you hear what happened? A pianist from Canada had arrived. Simply a miracle!” said the great dissident cellist Mstislav Rostropovich, who later sheltered the writer Solzhenitsyn, which resulted in the Soviet ­government banning his performances. Gould went on to a sold out performance at the Tchaikovsky Hall with the Moscow Philharmonic and a three-hour solo performance, also at the Tchaikovsky, also sold out, at the end of which the audience applauded for thirty ­minutes. In Leningrad, city authorities called in mounted police to control the crowd outside Maly Hall trying to obtain tickets. 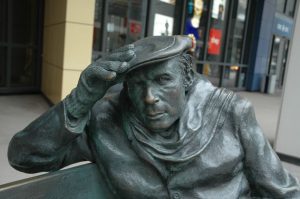 Then felt I like some watcher of the skies

Had Gould begun to tear down an Iron ­Curtain of music? For some of his Russian ­admirers, Gould’s performances were dangerously exciting: his ecstatic renovation of Bach embodied, for them, the liberating effect of music, a freedom of artistic expression, an emancipation from tired forms and exhausted ideas, and a bold exhibition of individualism that were completely contrary to official ­Soviet musical and artistic culture. (See also the YouTube video of Paul McCartney’s historic 2003 performance in Moscow’s Red Square, which documents the Beatles’ impact on the Soviet Union during its final decades of ­isolation and despair.)

In one scene of The Russian Journey Gould delivers a lecture-recital to conservatory ­students and teachers in Moscow. Gould was a devotee of the “decadent and bourgeois” avant-garde music of Arnold Schoenberg, Alban Berg, Anton von Webern, and Ernst Krenek. He talks about and plays their music alongside Bach’s “to a rather alarming and temporarily uncontrollable murmuring from the audience.” Some elderly professors walk out. Those who remain are treated to a revelatory experience comparable to John Keats’s in “On First Looking into Chapman’s Homer,” where the poet speaks of the exaltation of discovering a new world: “Then felt I like some watcher of the skies / When a new planet swims into his ken; / Or like stout Cortez when with eagle eyes / He star’d at the Pacific — and all his men / Look’d at each other with a wild surmise — / Silent, upon a peak in Darien.”

Glenn Gould (1932­–82) never returned to Russia, where he remains a cult figure. He would go on to great – and enduring – international fame and influence as a performer, prolific and innovative recording artist, writer, and broadcaster.