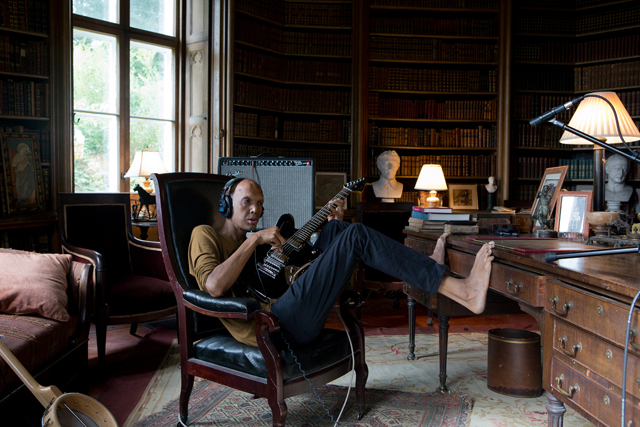 This spring, the Musée de la civilisation in Quebec City is holding three must-see exhibitions. Intrigued by magic? The show Egyptian Magic, running until April 10, invites you to discover the land of the Pharaohs, cradle of magic, with items from the world’s largest Egyptian collections. If you’re pining for colour, culture and the exotic, then head for Lifelines. Indigenous Contemporary Art from Australia. Running until September 5, the exhibit brings together nearly 100 works that attest to the cultural vitality and history of the Aborigines who have lived in Australia for thousands of years. Three thematic zones present diverse and profound works by which Aborigines and Torres Strait islanders affirm their identities and political aspirations, and express their connection to the earth, their ancestors and the world. For food lovers, the exhibition Sharing the Meal!, starting March 30, looks at Quebec’s food heritage. To whet your appetite, there’s a tour of the different regions and a look at the culinary influences of the Aboriginals and of New France, the contributions made by immigrants and the way recipes, tastes and traditions have been handed down from generation to generation.

The exhibition Montreal Through the Eyes of Vittorio. 50 Years of City Life and Graphic Design ends on April 10 at the McCord Museum. See around 300 of Vittorio Fiorucci’s vivid, highly pictorial works that brand Montreal as a cultural metropolis.

From March 10 to April 17 the Centre de design de l’Université du Québec hosts the exhibition Bruno Munari : pionnier de la modernité (1928-1945). The Milanese Munari was a graphic designer, painter, educator, art theorist, author and children’s book illustrator. Through his work, the show considers the design culture born in Milan that contained the foundations of Italian design, which became famous after 1945. Italy went on to rival France and become a giant on the international scene. Starting on May 26, the McCord Museum is holding the exhibition Eleganza: Italian Fashion, from 1945 to Today. This examines the success of Italian fashion, with works by the most famous Italian designers, including dresses and creations by Valentino, Armani, Fendi, Prada, Dolce & Gabbana and Emilio Pucci.

Italy is also the star at the Montreal Museum of Fine Arts with its exhibition Pompeii, the largest ever shown in Quebec on the subject of that emblematic town of the Roman Empire. Over 200 archeological artifacts present everyday life from the salad days of the Empire to the eruption of Vesuvius that buried the city in the year 79 CE.

The Musée d’art contemporain de Montréal (MAC) is hosting the Icelandic multimedia artist Ragnar Kjartansson in his first major show in Canada. It presents a corpus of three significant works exploring the status of the artist and his different performances. Music is a strong feature of his work, which tries to untangle the myths of contemporary culture with a touch of mysticism and humour.

From May 19, the MAC will present the first retrospective of Quebec artist Edmund Alleyn since his death in 2004. It will include around fifty works, some of which have never been shown before.

Visitors have until April 17 to see Investigating Agatha Christie at the Pointe-à-Callière museum of archeology and history. To mark the 125th anniversary of the famous novelist’s birth, the exhibition looks at her life through her works and her imagination, using photos, trivia, objects from three museums, tales, books, notebooks and videos. Discover the enthusiasm for archaeology that Agatha Christie shared with her husband, and admire artifacts the archaeologist discovered and items from places the author herself visited in Egypt and the Middle East.

In Ottawa, the Canadian Museum of History presents Vikings, a collection of 500 magnificent artifacts from Sweden, showing the reality of the Vikings and their culture of surprising refinement. At the same museum, children have until May 1 to discover and enjoy key notions in science, technology, engineering and mathematics in the exhibition Thomas and Friends™  – Explore the Rails.

From May 13 the Canadian Aviation and Space Museum presents Star Trek – the Starfleet Academy Experience, an immersive, interactive exhibition exploring the science behind science fiction. Become a Starfleet cadet for a day! By the end of your visit you’ll know everything about tricorders, warp drive theory, phasers and teleporters!

From June 11, Ultimate Dinosaurs at the Canadian Museum of Nature reveals dinosaurs you’ve never seen before, the exotic ones from the southern hemisphere (South America, Africa and Madagascar), all life size!