On September 10, the Opéra de Montréal launched its season with Verdi’s Il Trovatore, another classic of the operatic repertoire. For the occasion, the company had attracted one of the most prestigious casts we have ever seen on the Wilfrid-Pelletier stage: Australian soprano Nicole Car (Leonora), and Canadians Marie-Nicole Lemieux (Azucena), Etienne Dupuis (Count di Luna), and tenor Luc Robert (Manrico). All experienced and with many career successes. 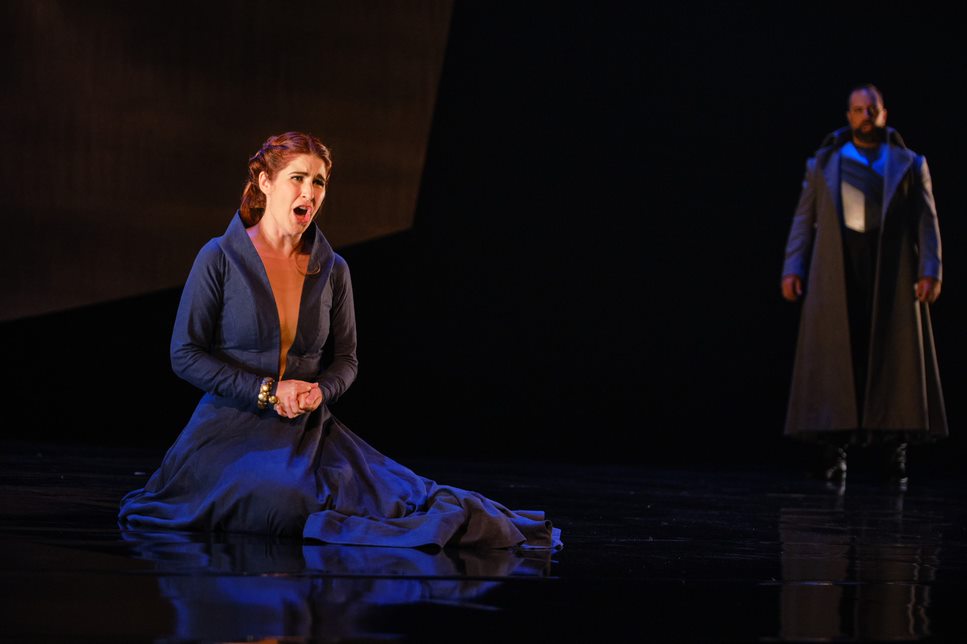 In the lead role, Nicole Car was the Verdian heroine that everyone dreams of hearing. Her voice had the depth take on the difficult score of Leonora and the emotion to move an entire concert hall. Her musicality and sense of lyricism were the other ingredients of an outstanding performance. Marie-Nicole Lemieux was also at the top of her game. With her incomparable intensity, her total embodiment of her character, the Canadian contralto perfectly expressed the wickedness and spirit of vengeance of the gypsy Azucena; a role she knows like the back of her hand for having sung it at the Chorégies d’Orange (France) in 2015 alongside Roberto Alagna. Her emotion when she received the ovations from the audience was that of a great artist who had given everything on stage and sung with her guts.

In comparison, Etienne Dupuis appeared in a very different light, just like his character: cruel and cold-blooded. It is rare to hear a baritone of this calibre in Montreal. Probably due to the tempo imposed by conductor Jacques Lacombe, his famous aria in Act II was strung together rather quickly as if it were part of a dramatic scene. Fortunately, the final cadenza allowed the singer to follow his own tempo and bring out the full brilliance of his voice. In other circumstances, as in other moments of the opera, Dupuis could certainly have expressed more emotion. Finally, Luc Robert gave a good performance as Manrico, a role that is often feared because of its challenges in the high register. The sequence of two arias “Ah, sì ben mio” and “Di quella pira”, in act III, was well managed. The whole thing ended with a beautiful high C, with a nice resonance, but rather quickly interrupted on the last syllable (“all’ar-mi“).

Clearly, most of the budget for this production was spent on the cast. The sets and staging were rudimentary to say the least, if not non-existent. A night sky, a full moon, or the outline of a building as a backdrop cannot be used as a set in the opera. And yet, this is what happened! In the concrete absence of panels and objects capable of offering any perspective, the stage looked terribly empty. The singers occupied the space as best they could, often at a distance of more than three metres, but nothing helped. The pitfall was even more apparent. 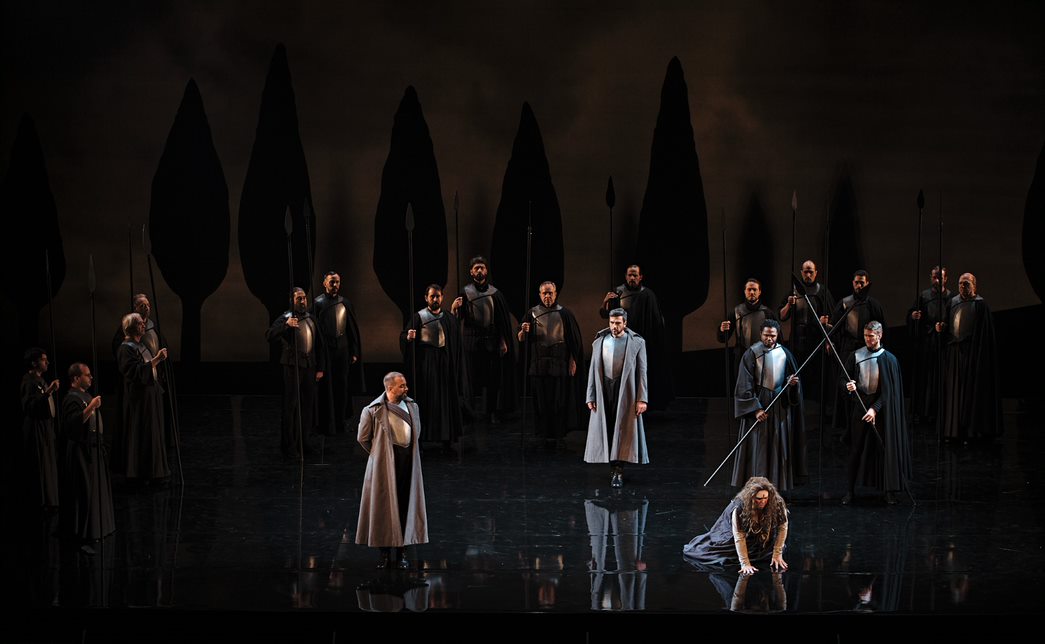 The staging also had some failed attempts. In the finale of Act II, for example, Leonora sang her love for Manrico in front of the audience while he was there, also facing the audience, several metres away from her, but their eyes did not meet and the two lovers interacted even less. At the beginning of Act III, at the moment of her arrest, Azucena was also seen throwing herself to the ground in front of the Count without being rushed by her guards in the least. In Act IV, Leonora also threw herself to the ground, this time to beg the Count’s forgiveness, but she did so facing the audience, three metres away.

The stage certainly seemed less empty in the presence of the Opéra de Montréal’s well-stocked chorus, whose performance is to be commended here, both in the role of the gypsies and, on the men’s side, under the helmets of the Count’s and Manrico’s men in armour.

Il Trovatore by Giuseppe Verdi. Next performances on Sept. 13, 15, and 17. www.operademontreal.com