You are at:Home»Classical Music»Contemporary»Hadrian: A Night to Remember
Advertisement / Publicité

Commissioned by the COC in 2013, Hadrian is composed by acclaimed Canadian-American singer, songwriter and composer Rufus Wainwright, with a libretto by award-winning Canadian actor, director and playwright Daniel MacIvor, and staged by Canadian Peter Hinton. The story follows the final days of the gravely ill Roman Emperor Hadrian, consumed by grief and desperate for the truth of the mysterious drowning death of his lover Antinous. On his deathbed, he is visited by two sybils, the late Emperor Trajan and his wife Plotina. Plotina offers him two visions of the past, his first and last nights with Antinous, in exchange for him signing the decree to annihilate the Jews and preserve the Roman Empire. 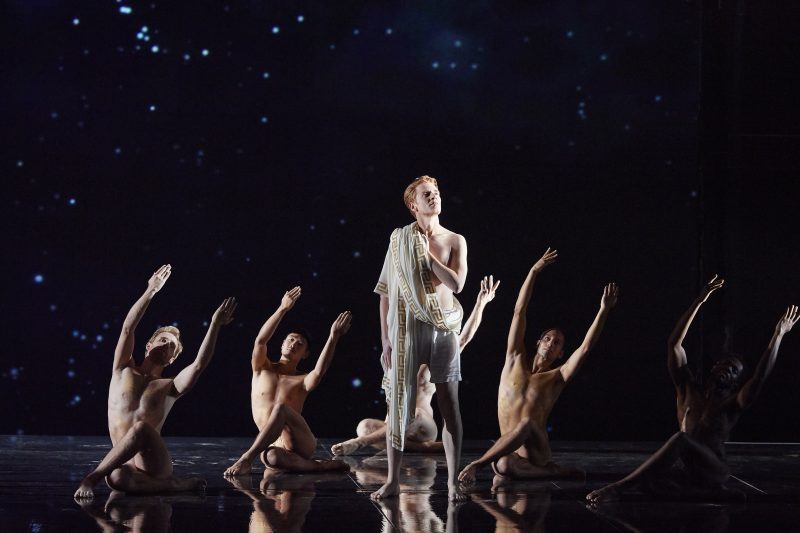 The production was anchored by top-notch singing from an international and Canadian cast. Renowned American baritone Thomas Hampson makes his COC debut in the title role. He delivered solid singing throughout but unfortunately his role lacked dramatic melodies and did not showcase the extremes of his range. Canadian tenor Isaiah Bell’s lyrical voice and tall, slender physique were perfectly suited to the role of the young Antinous. The love scenes between the two leads were tender and sensual, and the chemistry between them was credible.

Despite the dominance of male roles in the opera, it was the women who were the real powerhouses, both in voice and in character: Finnish soprano Karita Mattila as Plotina, the scheming mastermind who secured Hadrian’s throne and her own legacy as a deity; and Canadian soprano Ambur Braid as Sabina, Hadrian’s scorned wife. Both Mattila and Braid were strong sopranos with brilliant and warm voices, with Braid’s coloratura hitting a few high Ds in succession. Sabina had some of the most beautiful melodic lines, and her solo in Act II was one of few arias in the opera.

The supporting cast included fine singing from American bass David Leigh as Turbo and Canadian tenor Roger Honeywell as Trajan. Especially noteworthy was the re-emergence of Ben Heppner from his retirement in the role of Dinarchus. Although there was a hint of strain in one of his high notes, he sounded every bit the great Canadian tenor he still is. 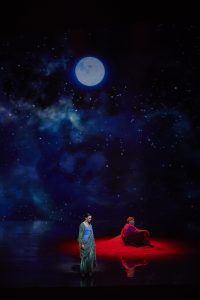 Whereas Hadrian’s vocal score is largely dissonant, uneven and lacks memorable arias, the orchestration is compelling and makes a fine symphonic poem on its own, its layers of music seamlessly weaving the past and present, reality and imagination. The harp is featured prominently in the orchestration, and is used to imitate the sound of the ancient lyre in two scenes which featured an adaptation of a theme Hymn to Zeus originally composed by Michael Levy. It is a challenging piece to conduct, and Johannes Debus deftly lead the orchestra through the intricate passages. The staging was a visual treat with video projections perfectly complemented by bold lighting.

What Hadrian will be remembered for—be it the lush orchestral music, the stellar singing, the captivating plot of love, jealousy and political power struggle, or the explicit love-making scenes—only time will tell. Judging by the audience’s reaction, two recurring lines in the libretto aptly sum things up: “I remember this night” and “We will never be forgotten.” Hadrian’s world premiere is a night to remember, and the opera is not soon to be forgotten.

World Premiere by the Canadian Opera Company, 2018. Until October 27, 2018 at the Four Season Centre for the Performing Arts, Toronto. www.coc.ca