You are at:Home»Classical Music»Vocal»Art Song»Faith and Folly — Taking Up Serpents, a New American Opera, Bows in Boston
Advertisement / Publicité

PREVIEW: of a public workshop performance with orchestra of the new opera Taking Up Serpents – libretto by Jerre Dye, score by Kamala Sankaram; presented by MassOpera, Boston; Sunday, September 30, 2018 at 3 p.m.; Deane Hall at the Calderwood Pavilion at the Boston Center for the Arts (527 Tremont Street, Boston); the opera is a commission of the Washington National Opera and this workshop is presented by MassOpera.

In the final passages of St. Mark’s Gospel, Christ declares that a hallmark among his true believers shall be a willingness that “they shall take up serpents!”

And in certain quarters of American fundamentalism, believers have long taken him up on taking them up. While the practice is now largely illegal, there subsist many tucked-away places where serpents of the most cumbrous size and venomous ferocity are still handled, with or without care.

It’s also a practice that forms both a crucial plot point and an overarching metaphor in an eloquent and haunting new opera, Taking Up Serpents.

Commissioned to create a new work for Washington National Opera, librettist Jerre Dye and composer Kamala Sankaram were casting about for ideas. A friend of Dye’s “suggested a book called Salvation on Sand Mountain [by Dennis Covington],” recalls Sankaram, “about a southern journalist who returns home to cover the trial of a preacher who tried to murder his wife by forcing her hand into a rattlesnake box.”

It was an idea with clear operatic potential – sensational, lurid, even a tad exotic, while still comporting with the criterion that the work have an American theme.

“But Jerre and I felt that there should be strong female characters as well,” says Sankaram, and Covington’s true-crime chronicle about preacher Glenn Summerford, while utterly engrossing, didn’t readily offer that female element, except as victim.

But that’s when potent memories and emotions from Dye’s youth began to stir, and the evolution of Taking Up Serpents had begun. 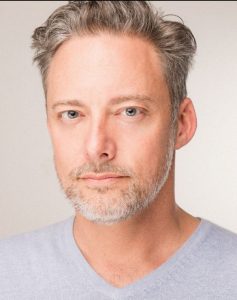 “I grew up in a small town in Mississippi,” Dye says, “and when I was quite young, my mother got us involved in the evangelical church. We didn’t handle snakes, but it was definitely charismatic. Normal folks who mowed their lawns, went to the dentist, puttered through their lives, would then get to church and start speaking in tongues, writhe on the floor.”

Dye’s mother spoke in tongues (as did Dye himself).

“She was really an incredible, dynamic human,” he says. “I always say that, had she been a man, she would either have been the head of a Fortune 500 company, or she would have been a preacher. She really tried to break boundaries.” It’s a telling insight, and upon reading Taking Up Serpents, one appreciates the furtive creative alchemy by which Dye’s regard for his mother’s duality has distributed her equally between both the opera’s two principal female protagonists.

Dye brings sharp, idiosyncratic detail to his depiction of a snake-handling community in rural Appalachia, and the ecstatic high-wire spiritual derring-do of its denizens. At the center of the narrative is a combustive, triadic family romance – a preacher called merely Daddy and the two polar opposite women who flank him. Daddy’s wife is Nelda, and her tightly-coiled spirituality is both Daddy’s secret strength and the blind behind which he masks his own shortcomings and hypocrisies. Then there’s their daughter, Kayla, the “wanderer” who, at the opera’s opening, has abandoned home to work in a banal small-town chain store while sorting out her own identity. Only gradually does she confront how truly a daughter of the church she is, and possibly her preacher father’s rightful heir apparent.

For her part, composer Sankaram sought to mirror the charismatic mysteries of the snake-handlers by constructing an esoteric musicological framework of her own.

“I decided to put secret meanings into the way I was writing the music,” she says. “Most of it has some kind of numerological or harmonic extra meaning.” 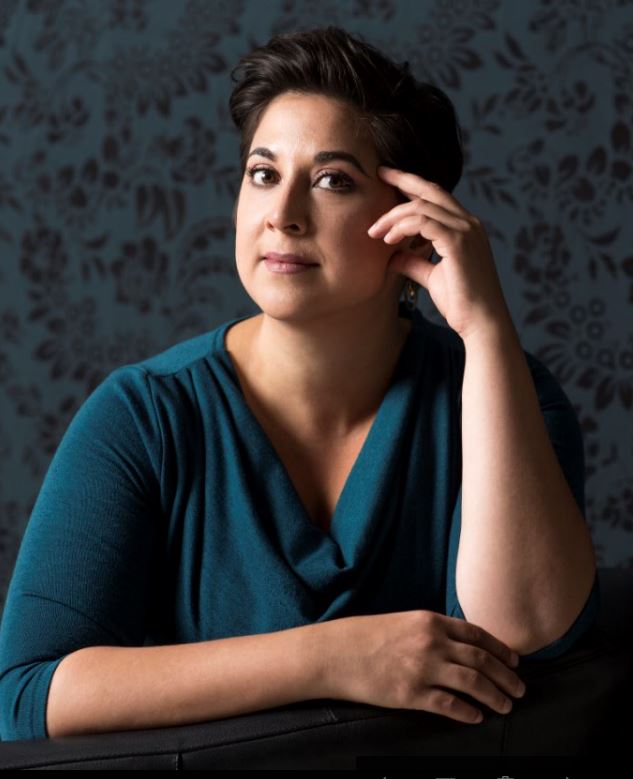 The “Mystic” or “God Chord” of Scriabin’s “Prometheus: The Poem of Fire,” for instance, makes its appearance, as do other ideas that Scriabin derived from his interest in Theosophy, that abstruse amalgam of Vedic wisdom and brooding Russian intensity.

“In Theosophy, particular numbers connote either God – 7, or the Devil – 6, or Man – 5,” says Sankaram. “So I tried to use those as the basis for the time signatures. The segment on the Greyhound Bus, for instance, is mostly in 5/8, because that’s about humanity rather than the ecstatic.”

Yet another piquant ingredient in Sankaram’s score is the use of “shape-note singing.”

“It’s a sort of congregational music notation that still continues in parts of Appalachia and the South,” says Sankaram. “The harmonic writing for it is weird. A lot of parallel fifths. And the singing style is untrained – bright and forward.”

Sankaram had some apprehensions that professional singers would be resistant to the style. “But they were very game,” she says. “They do a really good job.”

Finally, as this workshop will be the first performance of the piece with her full 18-player orchestration, she is eager to see if certain extended techniques she has assigned to the winds and the strings will work, not to mention the segments that call for aleatoric or randomized playing.

“Will that work, or will I have to change it before January?” Sankaram muses, referring to the Washington premiere of the opera, scheduled for January 11 and 13, 2019.

Dye constructs his story mostly on two independent tracks. Our understanding of the Daddy/Nelda/Kayla dynamic unfolds in a series of flashbacks, while Kayla’s present-tense return odyssey to the world she thought she had escaped mounts with inexorable suspense, through to her arrival at an intensive care unit where Daddy lies comatose, having contracted the bite of a four-foot “timber rattler.”

Nelda recalls for Kayla the “Preacher-fire from his mouth,” before the moment when “the serpent struck him down.”

Dye no longer speaks in tongues – and has never taken up a serpent. Neither he nor Sankaram speak of attending church. Still, Dye’s early experiences in the charismatic environment of his mother’s spiritual milieu still very much govern his sense of self, vocation and life trajectory.

“In many ways, it’s why I’m involved in the arts,” he says. “I think of the theater as my church. And I pretty much know that if you just scratch the surface [of human experience], right below is ecstatic potential.”

While Taking Up Serpents is certainly, in some ways, a feast of colorful idiomatic language, Southern gothic sensibility, musical exoticism, and rural eccentricity, one never senses condescension. Indeed, inspired as it is by Dye’s mother and her own restless search for spiritual meaning, it cannot help but be sincere at its core.

“It’s specific, certainly, to rural Alabama,” Dye observes. “But the search is universal. Hopefully people can see themselves.”

Taking Up Serpents plays one workshop performance sponsored by MassOpera in Boston on Sunday, September 30, 2018 at 3 p.m.; Deane Hall at the Calderwood Pavilion at the Boston Center for the Arts (527 Tremont Street); tickets and additional information can be had here.