The myth of Cain and Abel has been the object of many a literary work. One penned by Nobel Prize-winning novelist José Saramango is the most noteworthy treatment to have appeared in recent times. Cain is portrayed in it as the victim of a violent, cruel and corrupt God. Impressed by the treatment, Michel Gonneville started thinking about turning it into an opera. On February 19, 2019, his intentions will be fully realized during the Montréal/Nouvelles Musiques International Festival with the premiere of L’hypothèse Caïn.

In his preparations, Gonneville was inspired by two other writers: Konrad Lorenz and his studies on aggression and Edgar Morin, author of Le paradigme perdu: la nature humaine (in English, The lost paradigm: human nature). The latter work hinges on the concept of seeing mankind as a homo-sapiens-dementiae, one capable equally of reasonable and irrational behaviour. These influences, spelled out on Gonneville’s website, offer a neat summary of the composer’s thinking about the work and its realization.

“L’hypothèse Caïn is my most ambitious project to date in terms of scope, no question about that,” Gonneville says. “But there is more to it than that. It’s a unique opportunity for me in two ways, namely, to ponder on a number of universal themes and to broaden my pursuits in music over the last four decades.”

His explorations, however, are not his alone, but the outcome of teamwork. For one, he has brought writer and actor Alain Fournier into his fold, assigning him the twin tasks of writing the libretto and serving as stage director. Filmmaker Michel Côté, for his part, is responsible for all the visuals, both set designs and videos. Now having finally made their way through the assorted tribulations of Cain and Abel, the various protagonists involved in this project are about to see their efforts crowned after two and a half years of work. The end result is a 135-minute work prefaced on an instrumental overture and three concluding epilogues.

Next to the two main figures of Cain and Abel are two female characters, a fanatic Eve and Cain’s own wife and sister Adah, the latter featured in other versions of the story, most notably Byron’s. The cast also includes four archeologists who serve the purpose of feeding the story line in their efforts to unravel the first murder in humanity, as true or false as it may be, yet discovering that it was purely accidental. While these men create an initial distancing effect in the plot, as does a choir in a classic tragedy, the foursome becomes more emotionally involved as the story unfolds. God, finally, casts his shadow over the proceedings, his irrational and unpredictable nature in keeping with Cain’s view, or Saramango’s take on it.

Gonneville chose to associate each character to a group of instruments. An amplified trio of synthesizer, violin and bass represent the archeologists, whereas the mythical characters are assigned to the winds of the Quasar Saxophone Quartet and the Ensemble 6 percussion ensemble. Both individual characters and important plot twists are evoked through various sub-groupings of winds.

The role of percussion should be mentioned here. “It is something of a Zeitgeber,” Gonneville says, “a ‘marker of time,’ if you will. One musician holds it steadily, mostly on the bass drum, and maintains it until the murder itself. Adam is doubled throughout by the soprano saxophone, whereas the confrontations between Cain and Abel are enacted in the tussles between brass and saxes.”

Flamenco music plays an important role in the opera, in that the composer was very much inspired by it after a trip to Andalusia. The score contains a Phrygian-like cadence of ominous portent that gives dramatic traction to the music and constant support in the strongest moments woven into the libretto. Those are but a few hints that will enable a better understanding and appreciation of this ambitious musical undertaking. Also of interest is the work’s use of the hall itself: musicians and singers are called on to leave the stage at one point or another, thereby leading to a certain degree of variance in the interactions and intermingling between them and their surroundings. 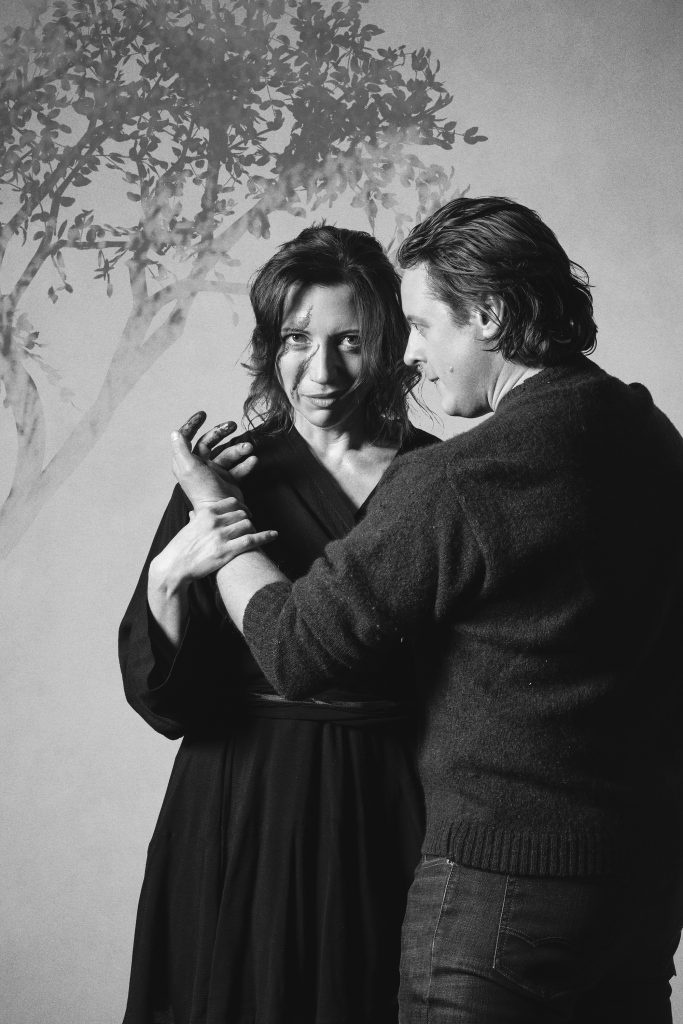 Our conversation with Gonneville covered a wide range of topics, one being the place of contemporary music in concert programs and the need to mediate these to draw in more listeners. While it would nice to reprint all of his observations here, space requires us to limit them to the following:

“Large institutions are only willing to share great breakthroughs in very small doses. The lack of imagination and daring is basically a financial matter. But then again, look at the Montreal Museum of Fine Arts. It not only has a whole section devoted to contemporary art in its collection on display but it is also proactive in mediating with the public. Music, in contrast, falls back on rather gutless strategies. New works, I believe, have to be played twice at the very least, which was the case of the premiere of Stockhausen’s Gruppen. Once the ice is broken after that first performance, listeners can really take note of the details and get a better overall picture.”

Gonneville can count his blessings, too, in that his work is slated for performances on not two but three consecutive nights! Should be good enough to break the ice…

L’hypothèse Caïn runs from Feb. 19 to 21 at l’Agora Hydro-Québec du Cœur des sciences, in the heart of the UQAM campus. Tickets start at $20. Go to: www.smcq.qc.ca.
www.hypothesecain.michelgonneville.net