The Canadian Opera Company has cultivated an up-to-date image over the past decade through a marked preference for radical productions. Dvořák’s Rusalka as staged by the British director Sir David McVicar demonstrates how a more conservative approach can generate comparable frustrations for the viewer. Subsequent performances at the Four Seasons Centre are recommended for the vocal casting.

Styled by the composer as “a lyric fairy tale,” this story of a mermaid who purchases a chance at human love by sacrificing her voice can be a rich visual experience. Alas, the tangled forest of Act 1 as rendered by designer John Macfarlane looked artificial even before the trees (for no reason I can think of) began to move. A patently two-dimensional moon seemed hardly worth singing to. The baronial hall of Act 2, bedecked with stag trophies, was more convincing. Doors suitably underlined the distance from Rusalka’s natural home and her new human situation. 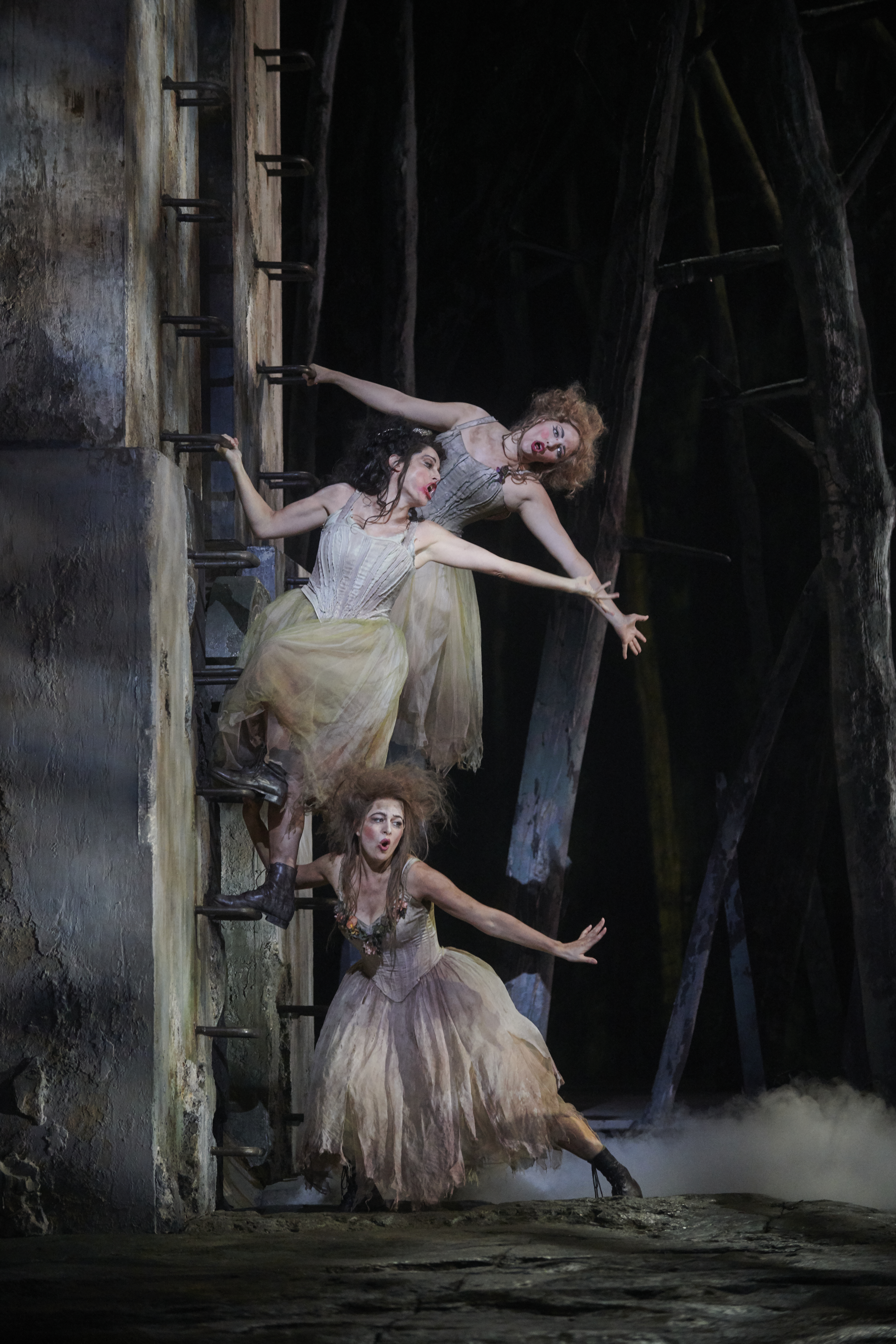 Costumes by Moritz Junge combined a never-neverland esthetic with a fusty Dickensian look. How can a water goblin with reptilian hands manage aquatic life in a vest, coat and trousers? Wood nymphs were dressed more logically in classic chiffon but their outfits (like the woodland getup of Rusalka herself) looked as though they had not been laundered since the premiere of this production at the Chicago Lyric Opera in 2014.

As often is the case on this stage, there was considerable vocal redemption on Oct. 16. Czech tenor Pavel Černoch was splendid as the Prince. I can think of many roles to which his pure, focused tone and sure sense of phrasing would be ideally suited. He managed also to maintain a dignified presence amid all of the stage activity. 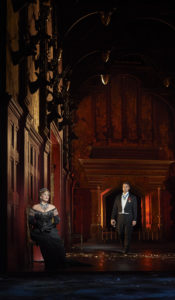 0934 – Keri Alkema as the Foreign Princess and Pavel Černoch as the Prince. Photo: Michael Coope

Štefan Kocán, from Slovakia, applied a strong and steady bass to the role of Vodnik, the aforementioned goblin, and the Russian mezzo-soprano Elena Manistina played the witch Ježibaba with exuberance. The American soprano Keri Alkema sounded firm in the unsympathetic part of the Foreign Princess. Supporting roles were admirably serviced by Canadians or Canadian residents who were or are members of the COC Ensemble. Even the three Wood Nymphs in Act 3 made sounds of solo quality.

Which leads us to the interesting case of Sondra Radvanovsky, a great house favourite. Rusalka has acquired semi-canonical status lately on the strength of star sopranos. Radvanovsky qualifies. There is no bigger or plusher sound on the circuit. I did sense that it was a less than ideal fit for a role whose dramatic elements are balanced by a painful innocence. The “Song to the Moon” (the hit aria without which this opera would probably be forgotten) sounded slow not because of the tempo so much as the heavy sonority and self-conscious style. Her performance was also compromised by Sir David’s kinetics. Twitching is not acting.

It should be noted that the director added a dumb show to the opera’s prelude, framing the story as a flashback by the apparently tipsy Prince. The useless device was quickly forgotten. Of greater value was the classical ballet in Act 2 staged as an entertainment for the Prince’s guests.

The COC Orchestra was in good form under Johannes Debus, even if there could have been more expressive tempo manipulation. The chorus was up to its usual high standard. Despite its positive elements, the three-and-a-half-hour evening (including two intermissions) seemed long. The COC last performed this implausible opera in 2009. Another hiatus of 10 years seems about right.