The Ladies’ Morning Musical Club advertises a venerable history with its very name. On Feb. 5 in Pollack Hall the organization paid tribute to its 125th anniversary by asking Stewart Goodyear to recreate Glenn Gould’s Montreal debut recital of 1952.

Gould is the quintessentially inimitable pianist, yet Goodyear in Orlando Gibbons’ Pavan and Galliard for the Earl of Salisbury demonstrated straightway a certain affinity with his fellow Torontonian by making the left and right hands seem so indepedent. Perhaps his eagerness to use the full sound of the Steinway was a individual trait. 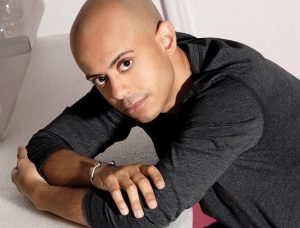 Oddly, Bach’s Partita No. 5 flew by rapidly and with minimal interpretive comment. Gould severely criticized his own recording of this piece, so the nondescript performance could be taken as a tribute!

In Beethoven’s Sonata Op. 101 we got a fuller spectrum of insight, in the faraway beauty of the slow movement as well as the startling brilliance of the fugue. Goodyear’s greatest fame is as a Beethovenian. We could hear why.

Brahms’s mysterious Intermezzo Op. 117 No. 3 and warmhearted Intermezzo Op. 118 No. 2 also had their virtues. Goodyear is aware of the expressive potential of subtly interweaving lines in the midst of rich harmony. Tempos? These inward-looking masterpieces were taken a little quickly and neatly for my taste. A little relaxation can go a long way.

Berg’s Sonata Op. 1 was a marvel of late-late-romantic complexity and an ideal platform for Goodyear’s sheer giftedness as a musical thinker and executant. This marked the end of the original Ladies recital: Goodyear added some Goldberg Variations, starting with the Overture and ending with the aria, all done with flair and a personal touch. No need to get wrapped up in GG/SG comparisons: Goodyear is a superb artist in his own right.

Read about Glenn Gould’s Russian debut in a feature article from the February/March issue of La Scena Musicale here.