Valery Gergiev as the next music director of the MSO? Hardly likely, given the famous Russian’s multiple commitments and the formidable commute between St. Petersburg and Montreal. But the concert Wednesday in the Maison symphonique sounded curiously like the work of a conductor who enjoyed what he was doing and an orchestra that would not mind having him around.

A more realistic explanation for the positive results would be a common intention to explore the outward beauties and spiritual depths of Bruckner’s Ninth Symphony. This was a big conception of Bruckner’s valedictory statement, including some of the most massive climaxes we are likely to hear this season. Yet the grand affirmations were part of a matrix that included sunlight and shade, doubt and joy. 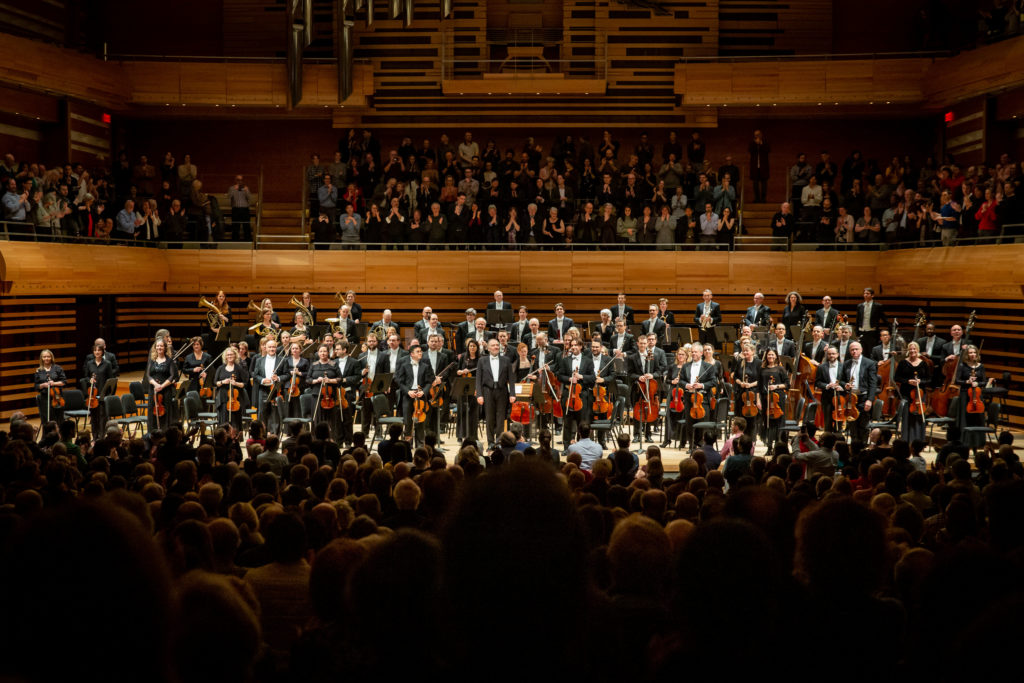 In more practical musical terms this meant entries that were sometimes rounded off, as in the lyrical interludes of first movement, sometimes exact, as in the biting pizzicato and pounding rhythms of the Scherzo. Strings, warm and vibrant throughout, were able to meet the challenges of the brass, from whom Gergiev required no show of politeness. The MSO remains an orchestra that can project strongly without losing its intrinsic sense of balance.

It also remains an ensemble of fine detail. Lower strings conversed beautifully with solo winds at the start of the Adagio. It is interesting that Gergiev gave the first bow to principal oboe Ted Baskin, whose duty it was in the final minutes to introduce an element of reassurance after the fermata that follows the most frightening fortissimo in the post-Beethoven symphonic repertoire.

As for the conductor, he was deeply involved at every turn, standing on the floor rather than a podium to integrate himself physically with the orchestra. Why a toothpick-sized baton? Many have wondered. Possibly this allows him an element of ambiguity when the occasion demands.

Applause was ample after the regulation seconds of silence that must follow the peaceful E Major ending of this unfinished score in D Minor. The eight horns got a well-deserved cheer. Six of them, including the four doubling as Wagner tubas, were women.

The performance lasted exactly an hour. Before intermission we heard Mendelssohn’s Violin Concerto in a slow and stately version that seemed itself a little touched by Bruckner. Kristóf Baráti, a Hungarian armed with a 1703 Stradivarius, produced a pure and steady tone. The orchestral bedding was romantic rather than classical.