You are at:Home»CD and Book Reviews»Pavarotti: Genius Is Forever: Entertaining, even for experts 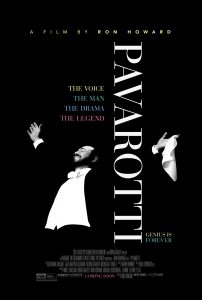 varotti: Genius Is Forever, a documentary directed by Ron Howard, opens on June 6. La Scena Musicale got exclusive access to the two-hour film before the release.

In the past, this acclaimed Hollywood director and producer explored the world of music with The Beatles: Eight Days a Week and, most recently, with Made in America, a documentary that involved the participation of rap mogul Jay-Z.

In his new effort, Howard emphasizes the human side of Italian tenor Luciano Pavarotti. He chronicles his life trough a mix of interviews with the singer’s family, colleagues, live concerts and backstage footage. We are taken from his early childhood, growing up in Modena during World War II, to his rise in the late 90s as a global icon with the “Three Tenors” phenomenon and the series of concerts Pavarotti and Friends. 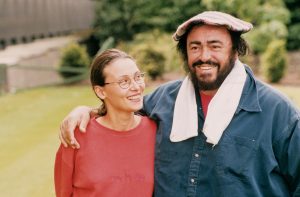 The guiding idea of the documentary is to use footage of Pavarotti in interviews edited to make it seem as though he is with us, narrating his own life and destiny. It lets the audience connect to and understand the je ne sais quoi magnetic aura that the charismatic tenor was recognized for. The soundtrack and mix of music is also flawless. Not only did Howard use opera excerpts, he added orchestral passages, which allows the audience to put the attention on the content of the interview or on the visual aspect of the work. 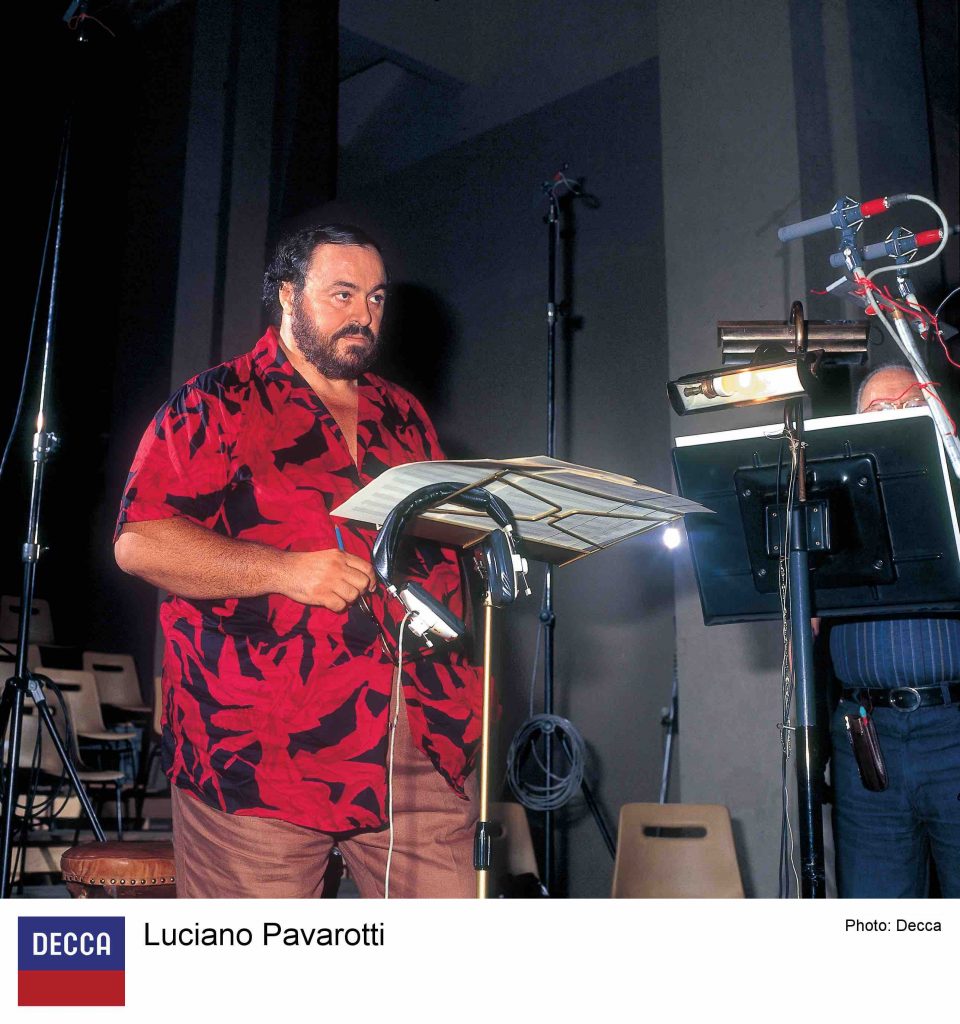 The title of the work is misleading. There is no effort to explain why Pavarotti was a genius. Instead the producers rely on clichéd phrases like “a God-given talent” to explain the tenor’s vocal prowess. The film also opted to not focus on anything specific, rather brushing through all of the aspects of Pavarotti’s life, even those that are less interesting, making it a good film for family consumption, but not that interesting to diehard opera fans.

Pavarotti: Genius Is Forever, an Imagine Entertainment and White Horse Pictures production, will be in theatres on June 6. www.cineplex.com

Breath control, appoggio and mastering the passaggio – the zone between D4 and A flat4 for male voices – are the recurring leitmotivs in Pavarotti’s approach to good singing.

In American bass Jerome Hines’s book Great Singers on Great Singing, Pavarotti explained that his breathing technique consisted of first taking a deep breath and allowing the diaphragm to lower, then trying as much as possible to remain in the inhalation position while singing. 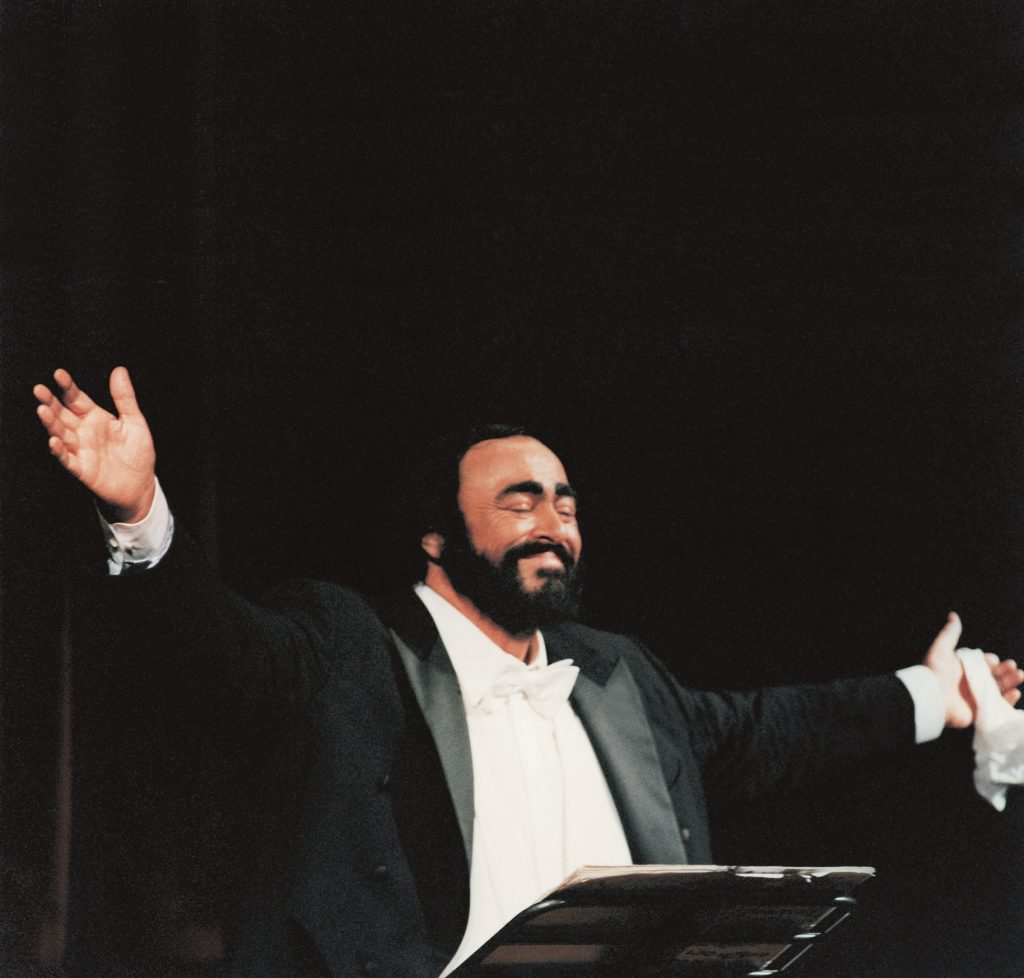 Never allowing the air to abruptly rush out, in a manner that there is a sufficient amount of air compression under the vocal cords for them to work efficiently. For the appoggio, or support, the most important element is to understand how to precisely attack a note, without closing the throat or without slurring.The passaggio mastery seems to be the technical element that tenor had to work on the most. In his opinion, the main focus should be to make the sound more “squeezed” without tensing the muscles of the throat. For this Pavarotti used an ascending scale, used also by Caruso, that consists in going from the wider vowel “ah” to the narrower vowel “oo” in the passaggio.

There are some video examples now available on YouTube. In one he explains the necessity of “covering” the voice in the passaggio, creating a darker sound with a vowel that resembled a mix of “ah” and “oo.” He insisted that without this technique, the sound would become “white,” lacking harmonics, while also tiring the voice and robbing it of its high range and beauty. 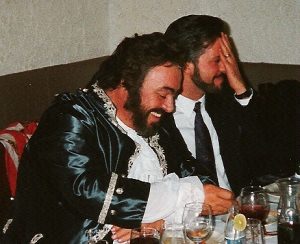 Luciano was a great singer and a great colleague. He always gave me good advice and he always spoke very highly of my father and me. I have so many great many memories of him: Once, he even cooked pasta for me and sang me happy birthday, what else can one ask??!.

What I liked the most about him is that he was authentic, if Luciano liked you, you knew it, and if he didn’t he would also let you know, haha. I noticed he even had a distinctive physical attitude in both cases: if he sat straight and talked to you it meant he liked you, but if he leaned backwards into his seat, it meant he didn’t. 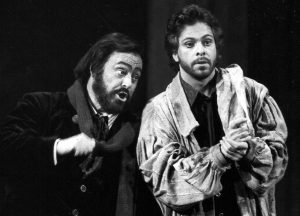 I sang around 25 total performances alongside him. The most memorable was “Boheme”, because he sang it so beautifully and we got to play together, in some of the ensembles he would be singing directly at my face. Right there I could see for the first time that Luciano also worked very hard on his singing. Of course he had a privileged voice, but I could see all the years of work and I could see him sweating and incredibly focused, it was really a voice lesson for me. Now that I teach, I tell my students that one must be very alert and focus when singing. He is a real example of how to sing properly, you might like the voice or not, but you have to recognize his technical proficiency.

The three tenors were good, but to me the person that brought all together was Luciano. You could see how people would generate towards him as soon as he walked into a place, he had this incredible energy around him and then you had also the beauty of his voice. He was the complete package! 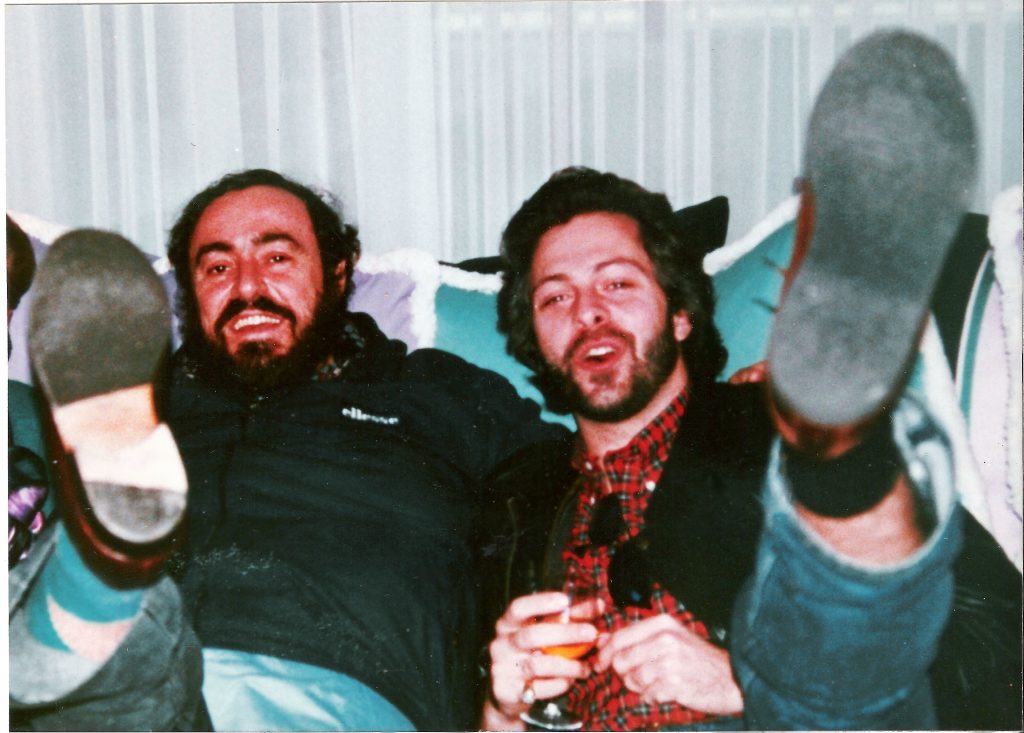 Luciano had a great vocal technique that is a reference still for tenors today. He also helped to bring Opera into the mainstream culture. To give you an example, people often ask me: Do you sing any Pavarotti songs? They often think that “Nessun Dorma” is one of his compositions”.

“In 1988, I was part of the winners of the Luciano Pavarotti competition. He went across the United-States to hear voices. Curiously, almost everyone accessed the finals, so at the end we were about 300 singers. I guess he had trouble deciding the winner because there were 50 of us who won a prize!. 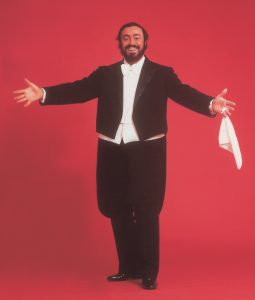 The first time he heard me I sang Traviata and I tried to hit the famous high E at the end of the aria Sempre Libera, but completely missed it. He said: “Try again it will be ok, If you try again you will go to the final”. I said to myself, OK, and tried again, only to hit a wall again! But he kept his word and that’s how I ended up in the finals.

During the competition, I also had the chance to exchange with Pavarotti to receive vocal advice. I remember once he wanted to coach me Micaela’s aria from the French opera Carmen and insisted on me imitating his big Italian accent.: Cé des connntrrrrrrebandierrrsss le rrrrefouuyes de ordinerrrrsss (“C’est des contrebandiers le refuge ordinaire”). I didn’t want to offend him so I said politely: Merci beaucoup maestro.

What I admired about his voice is that it sounded authentic, like he wasn’t trying to manufacture or manipulate it to make an operatic sound

I met Luciano in 1962 at the start of his career and I was a member of the Royal Opera House Company, also known as Covent Garden, in London. There we sang many times together and had the chance to be a part of the new production of La Sonnambula with Dame Joan Sutherland in 1965. That year we were colleagues in the Sutherland-Williamson Company in Melbourne, Adelaide, Sydney and Brisban in La Sonnambula, Faust, Lucia di Lammermoor and L’Elisir d’Amore. Also, In April 1986 I sang Ramfis to his Radamès in Aida at the Metropolitan Opera.

Luciano was a dear colleague and friend, a generous and kind man. He accepted to be a judge at the Concours Musical International de Montréal, but his sickness prevented him. I keep great memories of him and will remember the way he used to call my wife “Renata,” with whom he got along well. What a magnificent voice he had.