The title character in Auber’s opera La Muette de Portici (The Mute Woman of Portici) has nothing to sing?

The role usually goes to a dancer, a mime, or an actress. One of them was Harriet Smithson, Berlioz’ future wife. Premiered in Paris in 1828, La Muette de Portici (also known as Masaniello) is the earliest French grand opera. It allegedly played a role in the Belgian Revolution of 1830.

The meaning behind the title is that a suitor is looking for a woman to marry who is something more than a mere chatterbox and gossip-monger.

The Philosopher Friedrich Nietzsche was also a composer? 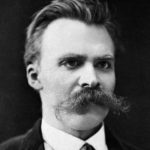 He wrote piano pieces, choral works, and songs, all of them before the age of 22. Dietrich Fischer-Dieskau recorded some of the songs, and Peter Schubert (musicologist and choral director at McGill University) directed two programs of Nietzsche’s music for Albany Records. Incidentally, next time you’re at a party, announce that you’re offering a small prize to anyone who can spell “Nietzsche” correctly. You’d be surprised how few, if any, can! (Tip: Think of the letter z as the fulcrum of a nine-letter word).

Brahms and Tchaikovsky were born on the same day (May 7), 7 years apart? 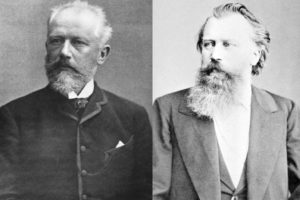 But just look at what Tchaikovsky thought of Brahms: “What a giftless bastard. It annoys me that this self-inflated mediocrity is hailed as a genius. [His music] is chaotic and absolutely empty dried-up stuff.” And here’s what one of Brahms’s staunchest supporters, the renowned Viennese critic Eduard Hanslick, thought of Tchaikovsky: “[He] is surely not an ordinary talent, but rather an inflated one, with a genius-obsession without discrimination or taste … music that stinks to the ear.” How similar the choice of words!

The first recording of Mahler’s 4th Symphony was made in Japan?

That was in 1930, with Hidemaro Konoye conducting the Tokyo New Symphony Orchestra. The third movement was cut.

The most northerly fully professional symphony orchestra in the world is in Norway?

That’s the Arctic Philharmonic, located in Tromsø. It lies well north of the Arctic Circle at nearly 700  latitude, further north than all of Canada’s Yukon and most of the Northwest Territories. The Philharmonic has a busy schedule of about 200 concerts per year.

The child Mozart put most jet-setting musicians today to shame in the amount  of travel he did?

He was away most of the time from ages six to 15, traveling all over Europe visiting dozens of cities, often with long sojourns.

Tchaikovsky’s 2nd and 6th symphonies each have only one note for the tam-tam?

In the Second, it occurs just before the coda begins in the final movement; in the Sixth, it’s also in the last movement, near the end where the trombones and tuba intone a sombre chorale after all the tumult has died down.

Grieg was not the only composer to write incidental music for Ibsen’s drama Peer Gynt?

Such music has also been written by another Norwegian, Harald Saeverud, as well as by the American David Amram, the Australian Dorian Le Gallienne, and the Russian Alfred Schnittke. In addition, there is an opera by the German Werner Egk.

Many famous composers were also artists? 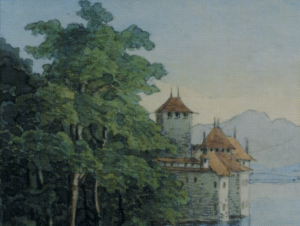 Some of them were quite good. Mendelssohn was a talented draftsman and watercolorist. Weber was a painter. He even referred to himself as a Tonkünstler (tone-artist) to distinguish himself from Beethoven, a Tondichter (tone-poet). Schoenberg seriously pursued a career in painting as a young man. He created nearly one hundred paintings, but most are in private collections and have not been publicly shown. Gershwin and Varèse too were respectable painters. R. Murray Schafer, one of Canada’s most famous composers, originally intended to pursue a career in the visual arts. Harry Freedman, another Canadian, attended art school for five years before beginning serious musical studies.

Debussy’s La mer, one of the great  musical evocations of the sea, was  composed entirely in land?

Various locations include the Burgundian mountains and Paris.

Malko bet the composer he couldn’t do it in less than an hour. Shostakovich finished the job with 15 minutes to spare. The little piece, also known as Tahiti Trot, comes from the 1925 Broadway musical No, No, Nanette, possibly the most popular musical of the decade.