Yesterday, in Tübingen, a special concert was offered to the audience. For the first time since 1910, a forgotten lied still unknown and recently founded was played after the discovery of the score. The musicologist Jörg Rothkamm, from Tübinger University claims that the lied was co-written by the great composer Mahler and his wife Alma Mahler. Based on a text from Gustac Falke, this lied present much coherence with Mahler’s Tenth Symphony. 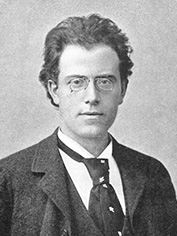 The renewed French Tenor Roberto Alagna sign with Sony Classic for long-term and multi-album deal. Since he started his career, he sells more than 5 million albums in France alone, a record.

Violinist concertist American Amy Tobin died on January 14th after a long fight against cancer started in 2008. She was playing for the Superior Duluth Symphony Orchestra. The violinist studied with Roman Totenberg and work with many orchestras and groups, including Fein Violons and a tango group. She was 47.