Much has been written, and rightly so, about musicians who have lost months of work because of the pandemic. What about those who, by some miracle, have had the opportunity to get back on stage?

Magali Simard-Galdès was in Ireland when the pandemic forced the world to close up shop. After she arrived in Montreal on March 13, she found herself facing an almost empty calendar for the next year or so, as did the majority of the entertainment industry.

She took advantage of the free time to prepare for a recording of Massenet’s complete mélodies to be released the following year by ATMA, and started learning roles she hoped to sing one day, such as Berg’s Lulu. After babysitting her nephew and contemplating a more traditional way of life, she enrolled in sustainable development courses at HEC Montréal.

Since September, Magali has recorded her contributions to the Massenet project – one of the few on her schedule not to have succumbed to coronavirus. She was set to sing her first Adele in Die Fledermaus at the Opéra de Québec, take part in the Festival Classica de Saint-Lambert as well as the prestigious Equilibrium Young Artists Program under the tutelage of Barbara Hannigan. The last project has been postponed, but no one knows yet when and if large-scale productions can be rescheduled.

On Oct. 16, Magali learned from a colleague that the Cologne Opera was looking for someone to jump in on short notice to sing Agnès in Written on Skin, after the originally scheduled singer having given up the role for health reasons.

The task was not easy. The opera by British composer George Benjamin, which premiered in 2012 at the Festival d’Aix-en-Provence, is very complex. There are only a handful of sopranos who know the role of Agnès and who can replace a colleague at short notice. Luckily, Magali Simard-Galdès sang the part at the Opéra de Montréal in January 2020. 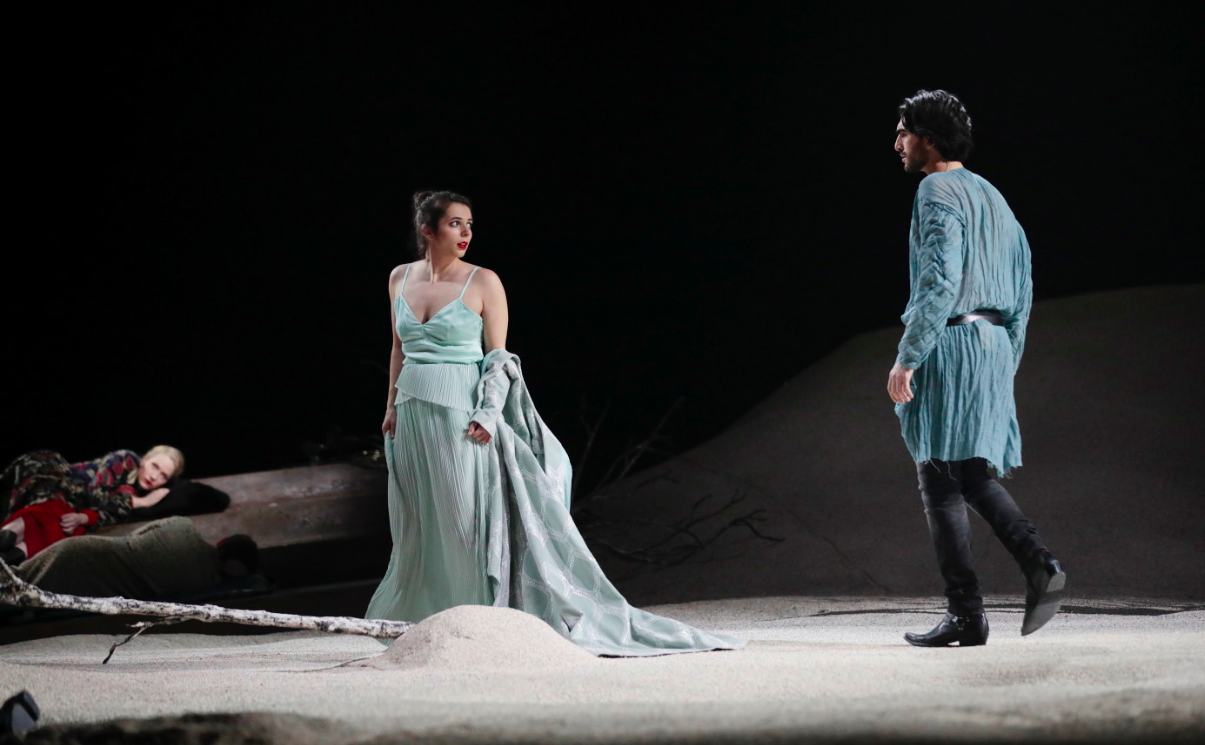 “I received an email on Oct. 19 in which the Cologne Opera management asked me if I was ready to take over the role of Agnès in a matter of days,” Magali recalled. “Within a few hours, everything was settled: my plane ticket was booked for the 21st, I was going to start rehearsals on the 26th and opening night was scheduled for Nov. 22.”

It was then possible to enter Germany without having to quarantine. A negative result on a COVID-19 test taken within 48 hours before entry into the country was sufficient. For security reasons, the company asked for an additional two days of self-isolation while waiting for the results of a second test before starting rehearsals.

“It’s not the kind of role one can easily jump back into,” Magali said. “It took me 18 months to learn it for the production at the Opéra de Montréal. Even if I remembered the score pretty well, the first few weeks in Cologne were very challenging. We started staging right away, meanwhile I was trying to remember music I hadn’t sung in almost a year.”

Unlike some opera companies that managed to salvage part of their season by offering concert versions, the Cologne Opera was determined to present this new production fully staged and reorganized to comply with public health and safety measures.

When Magali arrived in Germany, seve performances were scheduled to be performed before of an audience of 250. A week later, the country closed all its theatres for the month of November. However, companies were allowed to continue rehearsing for performances taking place the following month. The last performance of Written on Skin was scheduled for Dec. 9.

‘”We continued rehearsing even if we didn’t know what was going to happen,” Magali said. “The premiere was cancelled, then the remaining November performances were rescheduled between the performances in December. Finally, the theatre had the idea of filming the production in case the whole run would be canceled, so we continued to work with a little more emphasis on certain details to ensure that all the subtleties would be well caught by the camera.” 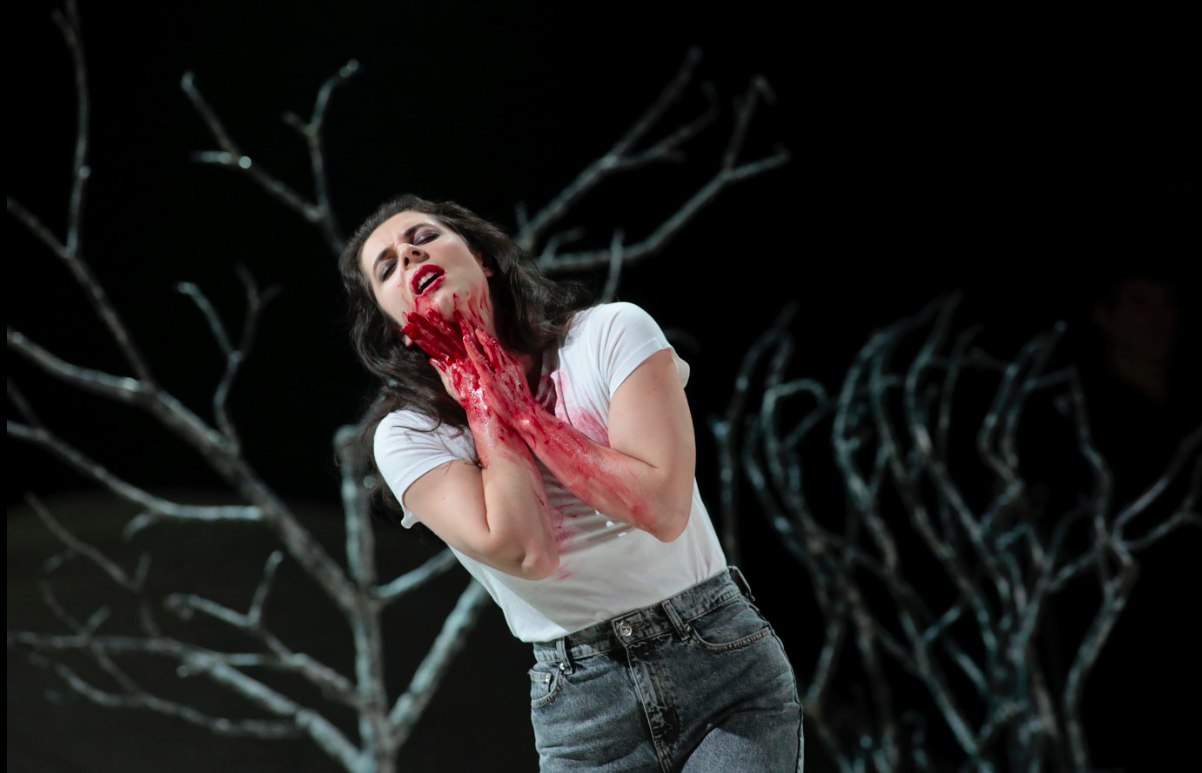 Germany finally did not reopen its theaters. The only possibility for this new production to be seen was to stream it online. The company filmed the two dress rehearsals as well as the premiere, behind closed doors in front of the theatre’s staff. The recording was shown for free on the website of the Cologne Opera for over a month.

“I’m very happy to have been part of this project,” Magali said. “Even though this opera is performed relatively often for a contemporary work, I didn’t think I would be able to sing the role of Agnès again this quickly.

“I was able to go further in my interpretation and discover another side to the character thanks to the director’s perspective, which was quite different from what we did in Montreal. It’s a prismatic work. There are choices you can make that are 180 degrees from each other.”

The company also took the opportunity to make the first studio recording of the work with the same cast, under the direction of conductor François-Xavier Roth. This experience was a perfect opportunity for the Magali Simard-Galdès put on record her interpretation of the role for posterity and share it with a much larger audience than it would have been had theatres remained open.