Georg Solti used to say that Leo Weiner (1885-1960) was his best teacher in Budapest. Since his other professors at the Franz Liszt Academy included Bela Bartok and Zoltan Kodaly, this was no small compliment. Weiner, who shared Solti’s Jewish identy, was a selfless bachelor who took vicarious pleasure in his pupils’ successes and was reluctant to promote his own works. Solti aside, his students included the conductors Eugene Ormandy (Philadelphia), Fritz Reiner (Pittsburgh, Chicago), Antal Dorati (Minneapolis, Detroit, Washington) and the cellist Janos Starker (Cleveland). He may have done more than any individual conductor to shape the sound of the modern American orchestra. Solti, arriving in Chicago as music director, was delighted to find other Weiner alumni in the strings. 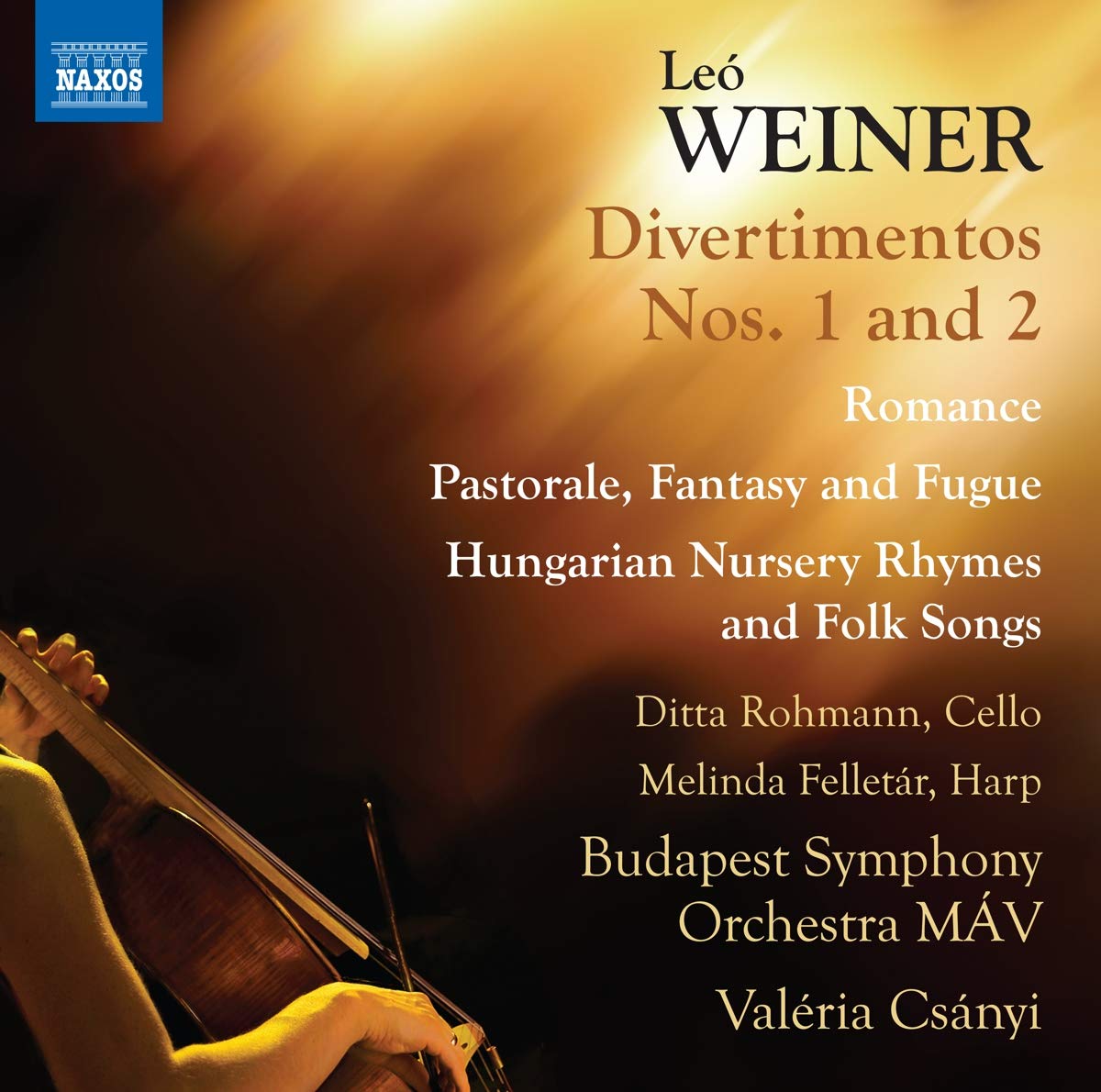 Weiner’s life was resolutely dull and very little is known about it except that he dined every day in the same restaurant. The music in this album is mostly drawn from Hungarian folk melodies but is far removed in texture and colour from similar exercises by Bartok and Kodaly. The opening Romance, dated 1949, sounds like Vaughan Williams with hot pepper – bucolic but fiery, like market day in a war zone. His Pastorale (1934) is restless, with a sense that there’s something awful brewing beyond the far horizon.

I love his late setting of a song called ’33 branches of a weeping willow’. It offers all the time in the world to count the branches and feel the melancholy before night falls and the idler on the riverbank must go home. Weiner is a poet of timelessness.

The performers here are the supple Budapest Symphony Orchestra (MAV), with conductor Valria Csanyi and soloists Ditta Rohmann (cello) and Melinda Felletar (harp). If any American orchestras want to check back to their sound sources, this is an unrivalled place to start. Weiner really ought to be on every conductor’s encore list.