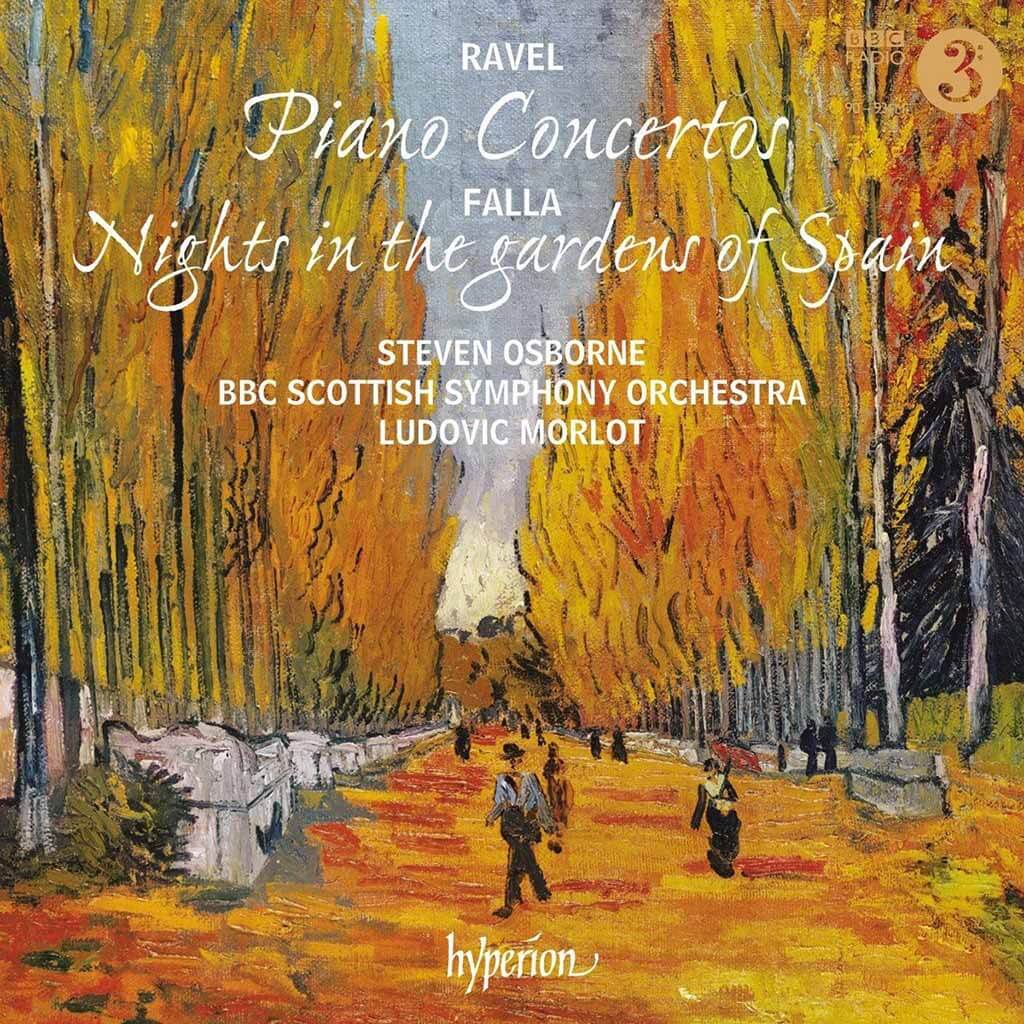 Never forget that Maurice Ravel was more Basque than French. His rhythms and harmonies belong to the borderlands. He is happiest with the smell of Rioja in his nostrils.

There must be other pianists who have paired Ravel’s two piano concertos on record with De Falla’s Nights in the Garden of Spain, but I can’t call any recent releases to mind. Or maybe Steven Osborne’s account is just so thrilling that it has erased them from memory. There is never a moment in this performance when you doubt the absolute rightness of his choices.

In the Ravel G major, Osborne is edgy and reserved, rather like the composer’s known personality. In De Falla he is seductive and languorous. And in the Ravel left-hand concerto his intensity of purpose pushes the orchestra to backdrop and magnetises our attention on the huge effort required to achieve a concerto with the weaker of two hands. Skittish, lyrical, mocking, brutal, ultimately triumphant, the left-hand concerto is a total masterpiece.

There is much competition in epic performances of the Ravel G major – Rubinstein, Michelangeli, de Larrocha – but I am not sure I have ever heard a more riveting reading of the left-hand concerto. Ludovic Morlot and the BBC Scottish Symphony provide generous, sometimes reticent, support.