In half a century of listening to records, I cannot recall ever hearing music by the noted French pedagogue Nadia Boulanger. Revered by a stream of American (Copland, Harris, Carter, Glass) and British (Berkeley, Musgrave, Maw) pupils, the formidable Mademoiselle deferred to the music of her short-lived sister Lily and barely spoke of herself as a composer. Two releases, newly landed, may help to adjust that misperception. 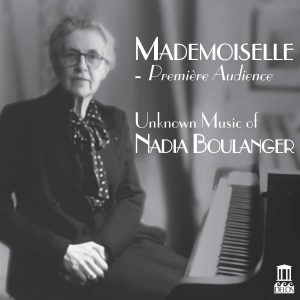 On Delos, an outpouring of early songs betray an uncritical adoration of Debussy, with touches of Saint-Saëns, Franck and a hint of the Russians. Nicole Cabell, Alek Shrader and Edwin Crossley-Mercer make the most of these morsels without ever convincing my ear of any trace of originality. Sundry works for piano, cello and organ are similarly à la mode, possibly intended as practice pieces for advanced students.

The surprise arrives in the thick of a German radio compilation of French piano concertos (volume 2), played by the restlessly inquisitive Florian Uhlig. Opening with a rather murky reading of Ravel’s left-hand concerto, Uhlig proceeds to numb the senses with an altogether vacuous Ballade by Germaine Tailleferre, the female associate of the quasi-rebellious Les Six. Then comes Nadia Boulanger’s Fantasie (variée) for piano and orchestra. 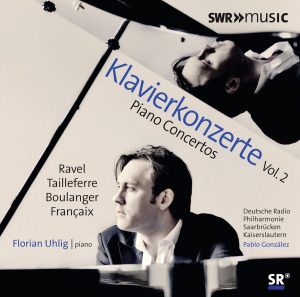 What can I say? It’s fun, fun, fun – quirky in the manner of Dohnanyi’s Nursery-rhyme Variations, or Rachmaninov’s concerto take on “Three Blind Mice,” while never taking itself half as seriously. Written in six movements and lasting just under twenty minutes, you never know what Mademoiselle is going to come up with next. There is a certain amount of swashbuckling – this is 1912, long before Hollywood required film scores – and an obligatory Berliozian reference to the Russian Dies Irae, but the impression you get is of a hyperactive young woman, 24 years old, throwing everything in her kitchen, including the sink, into this pot-pourri of a score. The following year her sister Lily won the vaunted Prix de Rome, crushing Nadia’s creative aspirations. This concerto needs to be heard in concert, and soon.