Featuring the work of six Canadian composers, presenting five Canadian soloists and offering over 60 learning and engagement activities, this unprecedented international tour by the NAC Orchestra brought Canadian art, artists and stories to the world stage.

On the occasion of its 50th Anniversary, the National Arts Centre Orchestra led by its Music Director Alexander 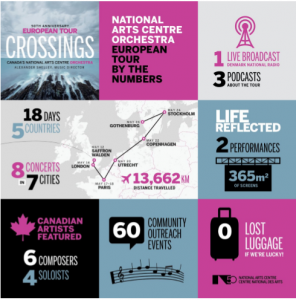 Shelley completed a successful European tour from May 10 to 26, 2019, that took them to:

Wherever they went, Alexander Shelley and NAC Orchestra musicians worked with community partners and young musicians to share their passion, make some music, and offer workshops and master classes. 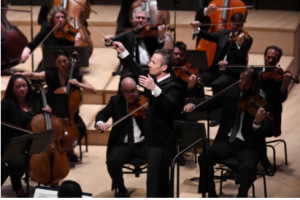 “I am very proud of the Orchestra and how well it performed at every concert. It was so gratifying to bring new creations of this calibre to world capitals”, said Music Director Alexander Shelley.

“We showed to some of the great European capitals that there is something special going on here in Canada; that the level of the ensemble, the quality of our art and artists is all among the world’s best. We were truly cultural ambassadors for Canada.”

“It was extraordinary to see the number of learning and engagement events the Orchestra undertook which led to so many powerful and meaningful exchanges. This tour led to new relationships being forged through cultural diplomacy, made possible by an enthusiastic Canadian network abroad.”

With eight concerts in some of Europe’s most striking and beautiful concert halls, the NAC Orchestra’s program 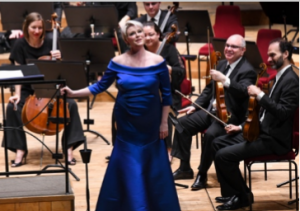 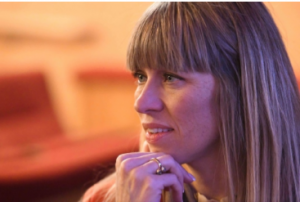 “After touring in Europe with the Orchestra, I feel really inspired. Not only did the Orchestra give eight great concerts in important European capitals, but they also featured world-class Canadian soloists and performed works by six Canadian composers, of which four are female.”

“The Orchestra also led 60 teaching and community engagement events. Making new connections in hope of future collaborations is exactly what a touring orchestra should be about, and this was achieved during this tour. I feel really proud to be part of it, and I look forward to taking part in contributing to the NAC Orchestra’s ongoing success.” 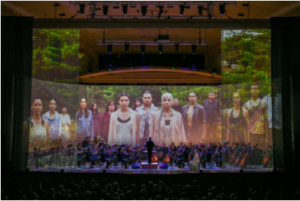 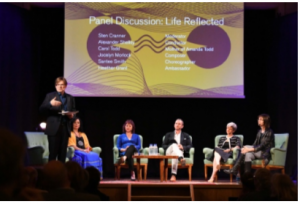 “To see new audiences connect and engage deeply with Life Reflected in Paris and in Gothenburg was a very powerful experience. To me, this is the confirmation that Canadian contemporary orchestral works have an audience outside Canada because in the end, they speak about human truths, struggles, victories, and basically, our shared human experiences”, said Christopher Deacon, President and CEO of the NAC.

“I am very happy we took the risk of bringing Life Reflected on tour, and the NAC sincerely thanks presenters who believed in our aspirations for this work. But mostly, my thanks and gratitude goes to the patrons and donors who believed in this tour from day one, and made our dream a reality. They are the unsung heroes of this tour.”, said Mr. Deacon.

Life Reflected was made possible through generous donors who believed in Canadian creators by supporting the NAC and its Foundation. I Lost My Talk was commissioned for the National Arts Centre Orchestra by the family of former Prime Minister the Right Honourable Joe Clark, P.C., C.C., A.O.E. to commemorate his 75th birthday.

Beyond eight concerts, the European Tour included many events to connect, teach and share the love of music.

The tour was an opportunity to enhance partnerships with important music institutions. Two memoranda of understanding agreements (MOUs) were signed between the NAC and the Royal College of Music in London, and the Royal Danish Academy in Copenhagen. These MOUs will strengthen institutional relations through shared expertise and knowledge, in particular in telematic and distance learning.

“The music education and learning events offered on this tour truly made the NAC Orchestra’s presence meaningful and impactful in each visited city. Wherever they went, our talented musicians had an opportunity to connect, inspire and make music with young musicians, who often came from underprivileged or very diverse backgrounds”, said Geneviève Cimon, Director of Music Education and Community Engagement at the NAC. “To see the smiles and joy coming out from each of our 60 learning and engagement events was worth all the effort we put into them. We all made new friends and found new collaborators that will stay connected with the NAC for years.” 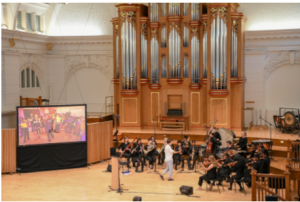 For example, in London, ConneXXions 2019 was a unique event that brought together young musicians at the Royal College of Music in London, with those of OrKidstra who were at the NAC in Ottawa for a onehour digitally connected session. Each ensemble performed live for the other, and at the end, played together from both sides of the Atlantic, through digital connectivity.

During the session, they also heard performances and talks from two London musicians: acclaimed trumpet soloist Alison Balsom and violin soloist Esther Abrami, a student at the Royal College of Music in London and Instagram sensation.

The goal of this connected event was to inspire young musicians to pursue their passion and to give them the opportunity to make music together in spite of vast geographic distances.

Later on, in Utrecht, five musicians from the NAC Orchestra joined the Catching Cultures Orchestra to play 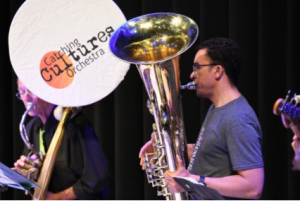 together in a cross-cultural celebration of music. Catching Cultures Orchestra is comprised of international refugees and Dutch musicians, and brings lively music to its audience.
The next day, the Ambassador Brass Trio from the NAC Orchestra participated in the Muziek Route project around composition and musical exchange, and closed with a concert. These are only two examples of the various events that took place beyond the evening concerts.

THE PATRONS OF THE EUROPEAN TOUR: THE CHAMPIONS WHO MADE IT POSSIBLE

The NAC Orchestra 50th Anniversary European Tour was made possible through the leadership and support from Tour Champions Janice and Earle O’Born, Major Partners Margaret Fountain, C.M., DFA(h) and David Fountain, C.M., Education Partner Dasha Shenkman, OBE, Hon RCM, and Supporting Partner Elinor Gill Ratcliffe, C.M., O.N.L., LL.D. (hc). The National Arts Centre also wants to thank the many patrons who also gave financial support to make this tour a reality. The NAC acknowledges the Government of Canada’s ongoing support to the performing arts and to the NAC since its opening in 1969.

ABOUT ALEXANDER SHELLEY AND THE NAC ORCHESTRA 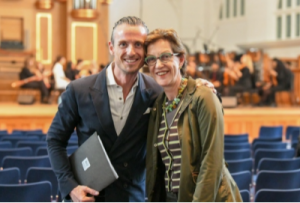 British conductor Alexander Shelley is Music Director of the National Arts Centre Orchestra and Principal Associate Conductor of the Royal Philharmonic Orchestra, and was Chief Conductor of the Nuremberg Symphony Orchestra (2009–2017). The unanimous winner of the 2005 Leeds Conductor’s Competition, he has been in high demand around the world, conducting the Rotterdam Philharmonic, DSO Berlin, Leipzig Gewandhaus, and Stockholm Philharmonic, among others, and maintains a regular relationship with the Deutsche Kammerphilharmonie and the German National Youth Orchestra. Mr. Shelley’s operatic engagements have included The Merry Widow (Royal Danish Opera); Le nozze di Figaro (Opera North); Così fan tutte (Montpellier); and Somers’ Louis Riel (National Arts Centre). Alexander Shelley recorded for Deutsche Grammophon as well as for Montreal’s Analekta label, on which he and the NAC Orchestra released Life Reflected, ENCOUNT3RS, New Worlds and Bounds of our Dreams, each championing landmark creations by Canadian artists.

Formed in 1969, Canada’s National Arts Centre Orchestra is a world-class ensemble of outstanding classical musicians from across Canada and around the world. Under the inspiring leadership of Music Director Alexander Shelley, the Orchestra gives about 100 performances a year in Ottawa, across Canada and around the globe, working with diverse artists of international renown, including Itzhak Perlman, Renée Fleming, James Ehnes, Emanuel Ax and Yo-Yo Ma. Noted for the passion and clarity of its performances and recordings, its ground-breaking teaching and outreach programs, and nurturing of Canadian creativity, the Orchestra breaks boundaries with its regular commissions of new creations – over 80 to date –, which have earned the ensemble many awards, including the JUNO award for best new composition in 2018 and 2019. The NAC Orchestra reaches a wide audience through recordings, extensive educational outreach across Canada and abroad, and national and international tours, travelling most recently to China, the United Kingdom and across the country.

Details about the 50th anniversary European tour can be found at nacotour.ca.