Montréal, QC, Canada, November 4, 2021 – The Azrieli Foundation proudly announces the three laureates of their 2022 Azrieli Music Prizes (AMP) – the Azrieli Commission for Jewish Music to Iman Habibi, the Azrieli Prize for Jewish Music to Aharon Harlap and the second edition of the Azrieli Commission for Canadian Music to Rita Ueda. Established in 2014, the biennial Azrieli Music Prizes advance the Azrieli Foundation’s commitment to discovering, elevating and amplifying artistic voices that exhibit excellence and embodies its belief in music as a vital human endeavour that allows us to express our creativity; to expand our worldview; and to foster positive cultural exchanges.

Each Laureate receives a total prize package valued at over $200,000 CAD, including a cash award of $50,000 CAD; a world-premiere performance of their prize-winning work in Montréal by the Orchestre Métropolitain at the AMP Gala Concert on October 20, 2022, where the Laureates will be publicly honoured; two subsequent international performances; and a professional recording of their prize-winning work released on the Analekta label.

Two of the three prizes recognize excellence in new Jewish music – the Azrieli Prize for Jewish Music and the Azrieli Commission for Jewish Music. The first is awarded to a composer who has written the best new undiscovered work of Jewish music. Canadian-born Israeli composer Aharon Harlap is the recipient of the 2022 Prize for his astounding Out of the Depths have I cried unto Thee O’ Lord, a setting of five psalms for soprano and orchestra. The work moves through an emotional journey, starting from a state of despair and passing on to one of hope and eventually a state of celebration and complete confidence in God’s power and strength.

In selecting Aharon for the 2022 Prize, the Jury described his Out of the Depths have I cried unto Thee O’ Lord as, “a beautiful, sophisticated, moving and sincere piece of music, written by a fantastic musician. It is a major work that reflects well on the state of Jewish Music.” 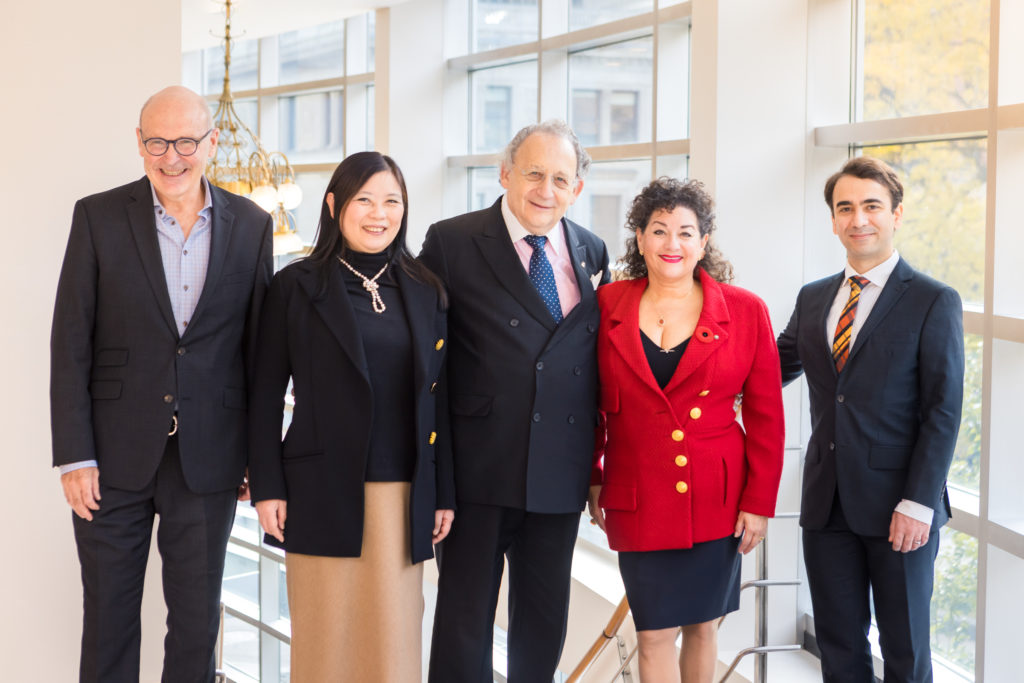 The Azrieli Commission for Jewish Music is awarded to encourage composers to creatively and critically engage with the question, “What is Jewish music?” It is given to the composer who displays the utmost creativity, artistry, technical mastery and professional expertise in proposing a response to this question in the shape of a musical work. 2022 Commission winner, Iman Habibi, has been awarded to write a 20-minute song cycle based on texts by Judeo-Persian poet Shahin Shirazi, sung in Farsi by a Persian soloist singing in a Persian style. The work will show the close affinity that has historically existed between Persians and Jews, dating as far back as 6th-century BC. Today, this shared history and affinity is obscured by the political relationship between Iran and Israel.

Dr. Habibi’s music captivated the jury, who deemed him, “a truly authentic composer. His music is unique, original and fascinating. His proposal for a new song cycle exploring Judeo-Persian poetry offers an utterly unique contribution to the repertoire.”

Now in its second iteration, the Azrieli Commission for Canadian Music is offered to a Canadian composer to create a new musical work that creatively and critically engages with the complexities of composing concert music in Canada today. The 2022 winner, Rita Ueda, will write a 25-minute double concerto for suona (Chinese double-reed horn), sho (Japanese mouth organ) and orchestra, incorporating birdsongs from among the 450+ different bird species in Canada. The new work continues Rita’s pursuit of a new transcultural musical identity without losing a sense of individuality. It will incorporate Japanese, Chinese and Western musical traditions within a uniquely Canadian bird soundscape.

In commenting on her proposal, the jury said, “Rita Ueda brings rigour and care to her music. Her proposal is well-researched and interesting in the ways that it confronts tensions in and between cultures by viewing birdsong through an intercultural lens. It is a well-considered, generous and integrated idea for expressing the diversity of Canadian society, where all individuals can be valued for what they bring to the whole.”

Stay tuned for details and viewing opportunities for the AMP Gala Concert on October 20, 2022 in Montréal featuring all three Prize-winning works premiered by the acclaimed Orchestre Métropolitain.

Iman Habibi, 2022 Azrieli Commission for Jewish Music Laureate, is an Iranian-Canadian composer and pianist, and a founding member of the piano duo Piano Pinnacle. Dr. Habibi has been commissioned by the Boston Symphony Orchestra, The Philadelphia Orchestra and Orchestra of St. Luke’s, and collaborated with the Vancouver and Winnipeg Symphony Orchestras, as well as the JACK, Chiara, Del Sol, and Calidore String Quartets. His awards include multiple wins at the SOCAN Foundation Awards, the International Composers’ Award at the Estoterics ‘Polyphonos’ Choral Composition Competition (2012), the Vancouver Mayor’s Arts Award for Emerging Artist in Music (2011), and the Brehm Prize in Choral Composition (2016), as well as numerous grants from the Canada Council for the Arts, BC and Ontario Arts Councils. Learn more at imanhabibi.com.

Aharon Harlap, 2022 Azrieli Prize for Jewish Music Laureate, is one of Israel’s most prominent and awarded composers and conductors. He began his musical career as a pianist, and in 1964 immigrated to Israel. He went on to become Associate Professor at the Jerusalem Academy of Music and Dance in orchestral and choral conducting, and music composition. Most recently, Harlap received the Life Achievement Award (2020) for Jewish Art compositions, sponsored by Zippora Jochsberger and the Jerusalem Academy. He is closely identified as a composer of music dealing with Biblical texts ranging from chamber to orchestral, opera and oratorio works.  Performance of his oeuvre have taken place in Canada, Israel, the USA, Europe, South Africa, Russia and Thailand. Learn more at aharonharlap.com.

About the Azrieli Music Prizes

Established in 2014, the biennial Azrieli Music Prizes (AMP) offer opportunities for the discovery, creation, performance and celebration of excellence in music composition. AMP advances the Azrieli Foundation’s commitment to discovering, elevating and amplifying artistic voices and embodies its belief in music as a vital human endeavour that allows us to express our creativity; to expand our worldview; and to foster positive cultural exchanges. Open to the international music community, AMP accepts nominations for works from individuals and institutions of all ages, nationalities, faiths, genders, backgrounds and affiliations, which are then submitted to its two expert juries through an open call for scores and proposals.