This fall, Grammy and ECHO Klassik Award-winning conductor Fabio Luisi launches his second season as the new Principal Conductor of the Danish National Symphony Orchestra (DNSO), and his sixth as General Director of Zurich Opera, which was named Best Opera Company at the 2014 International Opera Awards. In Copenhagen he opens the season with Mahler’s Eighth Symphony, and subsequent concerts throughout the season include Nielsen’s Fifth Symphony paired with Hans Werner Henze’s Second Violin Concerto; Franz Schmidt’s oratorio Das Buch mit sieben Siegeln; and concerts featuring Beethoven’s Fifth and Seventh Symphonies. He also acts as Jury Chairman for the DNSO’s Malko Competition for Young Conductors. At Zurich Opera, meanwhile, Luisi leads two new productions this season: Weill and Brecht’s Aufstieg und Fall der Stadt Mahagonny and Verdi’s La forza del destino, as well as conducting Philharmonia Zurich in concert performances of works by Dvořák, Bruckner, Beethoven and Tchaikovsky in Zurich and on a four-city tour of Spain. Acting as both conductor and composer, Luisi leads the world premiere of his Saint Bonaventure Mass this fall at New York’s St. Bonaventure University, followed two days later by its New York City premiere in the MetLiveArts series, and returns to the U.S. in the spring for guest appearances with the Philadelphia Orchestra and Dallas Symphony. Rounding out the conductor’s season are a production of Falstaff at Opera de Paris; a new production of Zandonai’sFrancesca da Rimini at La Scala; and guest appearances with Beijing’s China NCPA Orchestra and the Czech Philharmonic. Finally, Luisi conducts a pair of concerts with the Orchestra del Maggio Musicale Fiorentino, the resident orchestra of Florence’sOpera di Firenze, where he has been named the new Music Director starting in the spring of 2018.
When Luisi made his debut with the DNSO in 2010, the concert was pronounced “one of the most wonderful in the orchestra’s history” (Berlingske). Last season, inaugurating his new post, he focused on Mahler’s symphonies, conducting the Ninth, Seventh and First (“Titan”) over the course of the season. The “Titan” Symphony was also on the program for the orchestra’s spring tour to the U.S., when San Jose’s Mercury News declared, “He didn’t disappoint. Luisi … is a precise, energetic conductor, and he led his Danish players in vibrant, dynamic performances.” To open his second season as Principal Conductor, Luisi continues the trend with Mahler’s monumental Eighth Symphony. Also known as the “Symphony of a Thousand,” the work is one of the largest-scale in the classical repertoire, requiring huge instrumental forces as well as two SATB choirs, children’s choir and eight soloists.

A week after the season-opener, Luisi gives his first performance of Carl Nielsen’s Fifth Symphony with the DNSO, along with Hans Werner Henze’s Second Violin Concertofeaturing German violinist Julia Fischer as soloist. Nielsen’s music has already garnered raves for both orchestra and conductor; his Helios Overture was another of the works performed on last spring’s U.S. tour, and his Second Symphony (“The Four Temperaments”) “in Luisi’s hands, was a riot of invention” (London Evening Standard) when the DNSO performed the piece at the BBC Proms.

Later in the season Luisi leads Franz Schmidt’s mammoth apocalyptic oratorio Das Buch mit sieben Siegeln; a concert pairing Beethoven’s Seventh Symphony with Schoenberg’s Verklärte Nacht and the Strauss horn concerto played by Lasse Mauritzen, first principal solo horn with the DNSO; and another pairing Beethoven’s Fifth Symphony with Guo Wenjing’s Rite of Mountains, featuring renowned Chinese percussionist Li Biao. In April Luisi leads the orchestra in Bruckner’s Seventh Symphony as a prelude to the DNSO’s Malko Competition for Young Conductors, which has been held every three years since 1965. The competition is named after Nicolai Malko, who in 1930 was named the DNSO’s first permanent conductor. Luisi also acts as Jury Chairman, with other jury members including Seiji Ozawa, JoAnn Falletta and musicians from the Vienna and Berlin Philharmonics.

World-famous as an interpreter of the works of others in the realms of both opera and orchestral music, Luisi turns this fall to a work he composed himself, leading the world premiere of his Saint Bonaventure Mass at New York’s St. Bonaventure University, followed two days later by its New York City premiere at the Met Cloisters Museum as part of the MetLiveArts series. The new mass, which will be performed by members of the Buffalo Philharmonic and the Buffalo Philharmonic Chorus under the direction of Adam Luebke, commemorates the 800th anniversary of the birth of Saint Bonaventure of Bagnoregio, one of the most influential theologians of the Middle Ages.

Returning to the U.S. in the new year, Luisi conducts Beethoven piano concertos for return engagements with both the Philadelphia Orchestra and Dallas Symphony. Last season in Philadelphia Luisi conducted André Watts in Beethoven’s Fourth Concerto, celebrating the 60th anniversary of the pianist’s first appearance with the orchestra, and this season he returns with frequent collaborator Lise de la Salle for Beethoven’s Third, together with Haydn’s Symphony No. 104 and Wagner’s Prelude and Liebestod fromTristan und Isolde. For his return to Dallas he reprises the Fourth Concerto, this time with soloist Yefim Bronfman, in a concert that also includes Strauss’s tone poem Ein Heldenleben.

Lise de la Salle joins Luisi again this season for a performance of Beethoven’s First Piano Concerto with Florence’s Orchestra del Maggio Musicale Fiorentino, the resident orchestra of Opera di Firenze, where Luisi has been named the new Music Directorstarting in the spring of 2018. Also on the program are the Strauss tone poems Don Juanand Till Eulenspiegel, and a new work by Peter Eötvös titled Alle vittime senza nome, a memorial for refugees from Middle Eastern and African countries who have drowned in the Mediterranean. A second concert in Florence in the spring again features cellist Jan Vogler in the Dvořák Cello Concerto, along with Strauss’s Ein Heldenleben.

In the midst of his many long-term engagements, Luisi also finds time this season for a production of Falstaff at Opera de Paris with Bryn Terfel; a new David Pountney production of Zandonai’s Francesca da Rimini at La Scala; and guest appearances with Beijing’s China NCPA Orchestra, where he leads two Beethoven symphonies in one concert, and the Czech Philharmonic, where he conducts Bruckner’s Eighth Symphony.

The 2016-17 season marked Luisi’s sixth and last as Principal Conductor of the Metropolitan Opera. Typical of the consistently favorable press generated by that tenure was a Huffington Post review of a new Richard Eyre staging of Manon Lescaut, specially praising the music “which the magnificent Met Orchestra renders so beautifully under Fabio Luisi’s brilliant baton.” When he led a new Pierre Audi production of Rossini’sGuillaume Tell in his final season, the production again garnered raves for the conductor. The Financial Times noted that he “conducted, as usual, with unflappable savoir-faire”; Vulture.com marveled at how Luisi “keeps it all in exquisite equilibrium”; the New York Times praised the “insight and adroit technique” with which he drew “fleetness, breadth and refinement from the excellent Met orchestra”; and the Wall Street Journal found that his “vivid, idiomatic conducting did the most to weld the long evening together.” 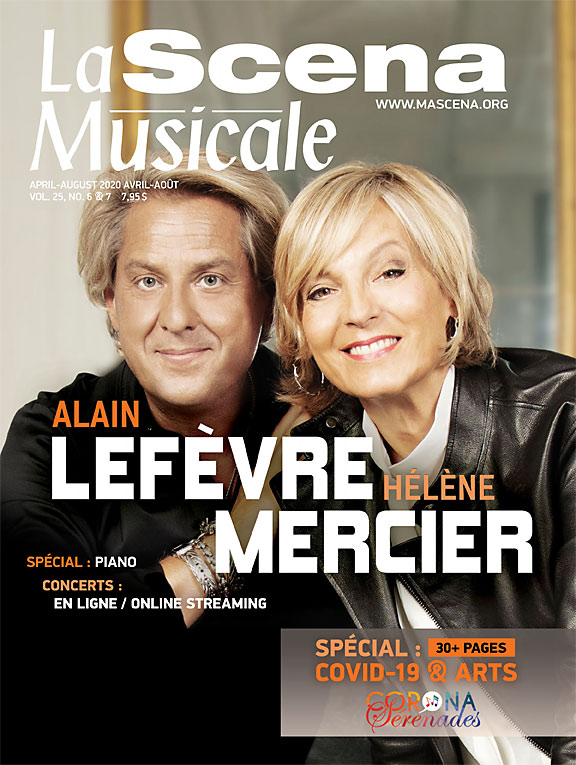