You are at:Home»Scena Arts»Dance»José Navas and Winterreise: Coming to Terms with Winter

My works are the children of my knowledge of music and pain,” wrote Franz Schubert in his notebooks. Inspired by the Schubertiades, the musical and literary evenings during which the prolific Austrian composer played piano with the poets, singers, musicians and painters who made up his circle, Winterreise (Winter Journey) is a romantic cycle of 24 Lieder, small pieces for piano and voice, composed two years before his early death at the age of 31. The lyrics of Winterreise are taken from poems by Wilhelm Müller. Franz Schubert uses about one note per poetic foot, producing a melancholy work that evokes the wanderings of an unhappy existence marked by disappointed love, fatality, torment and illness, almost heralding expressionist drama. The tone is set: minimalist, exalted, painfully sensitive.

Franz Schubert’s music has accompanied the life of José Navas for quite some time. The performer-choreographer had incorporated Der Leiermann, the last song of the Winterreise cycle, into his solo Personæ (2012). He also slipped a piece by Schubert into the selection of sound environments for Rites (2015), another of his brilliant solos. “Schubert is a composer whose career I love and with whom I identify a great deal, and I wanted his work to become this time the heart of a very thorough choreographic and dramaturgical work,” begins the performer-choreographer, who was reached in Belgium just after the world premiere of Winterreise. He based his research on the superb book Schubert’s Winter Journey: Anatomy of an Obsession by the English tenor Ian Bostridge, which has already been translated and published in more than 10 languages. Bostridge places the work in its socio-historical context and shows how it has influenced other great musicians, but also literature and in particular Nobel Prize winner Thomas Mann (Death in Venice, The Magic Mountain).

But how to touch pure beauty without stumbling into melodrama? Navas discovers that the piano and voice version is the one that does the most justice to the intimacy of this emblematic work by Schubert. Winterreise is said to have been played many times on a kind of parallel-stringed fortepiano in the composer’s native Vienna. The dancer-creator is unequivocal: “The minimalism of this admirable piece is self-sufficient; the exchange between the singer, the piano and myself is intimate. Any addition is unnecessary and dangerous.”

With Rites, Navas marked his entry into his fifties and highlighted the road he had travelled, revealing himself without artifice, in the fragility of a man conscious of a decisive course. At the age of 55, the Venezuelan-born dancer-choreographer now explores dance in a more introspective way: Winterreise is the journey of a body that knows that it is gently declining. Navas suffers from rheumatoid arthritis and can no longer command his body as imperiously as he did a few years ago. He has to work long hours to get the flexibility he needs before a show and afterwards has to remain still for a very long time to recover. How to live in this anatomy that seems to have only negative traits? “It’s as if I’ve moved into a new apartment or into someone else’s body,” he says. “You have to tame these new territories, learn how to evolve with them.” But change is inevitable and instead of trying to ignore it, Navas wants to face it and choreograph it. “I want to be able to dance until I’m very old so I have to learn to negotiate with this new body of mine and to dance with all the limitations and the vulnerabilities that come with it.”

For Celeste and Cruz

Navas is undeniably in mourning, but the adopted Montrealer refuses to resign; he remains curious and still sees potential. There is no way that his incredible creative power will be extinguished: “I want to continue to produce, to search and find my body. There is always a light, an oasis of calm on the other side of suffering.” There is a surprising meditative aspect to pain. It comes and goes and forces you to concentrate on the present moment. Navas wants to tame it. Indeed, he must tame it – his mental health is at stake. The situation leads him to rediscover yoga, meditation. The Quebec artist believes that he must open up about his illness, for his own benefit as well as that of others. His way of transcending or dealing with discomfort – without medication – could perhaps be a possible source of inspiration for others? Navas talks about his quest for a new balance, his desire to adopt a more conscientious lifestyle, the need to finally take time off. He has always loved being fast and agile, and now takes a full half hour to get ready before going out. “I feel like I’m becoming like my father, and I’m experiencing a great deal of frustration.” 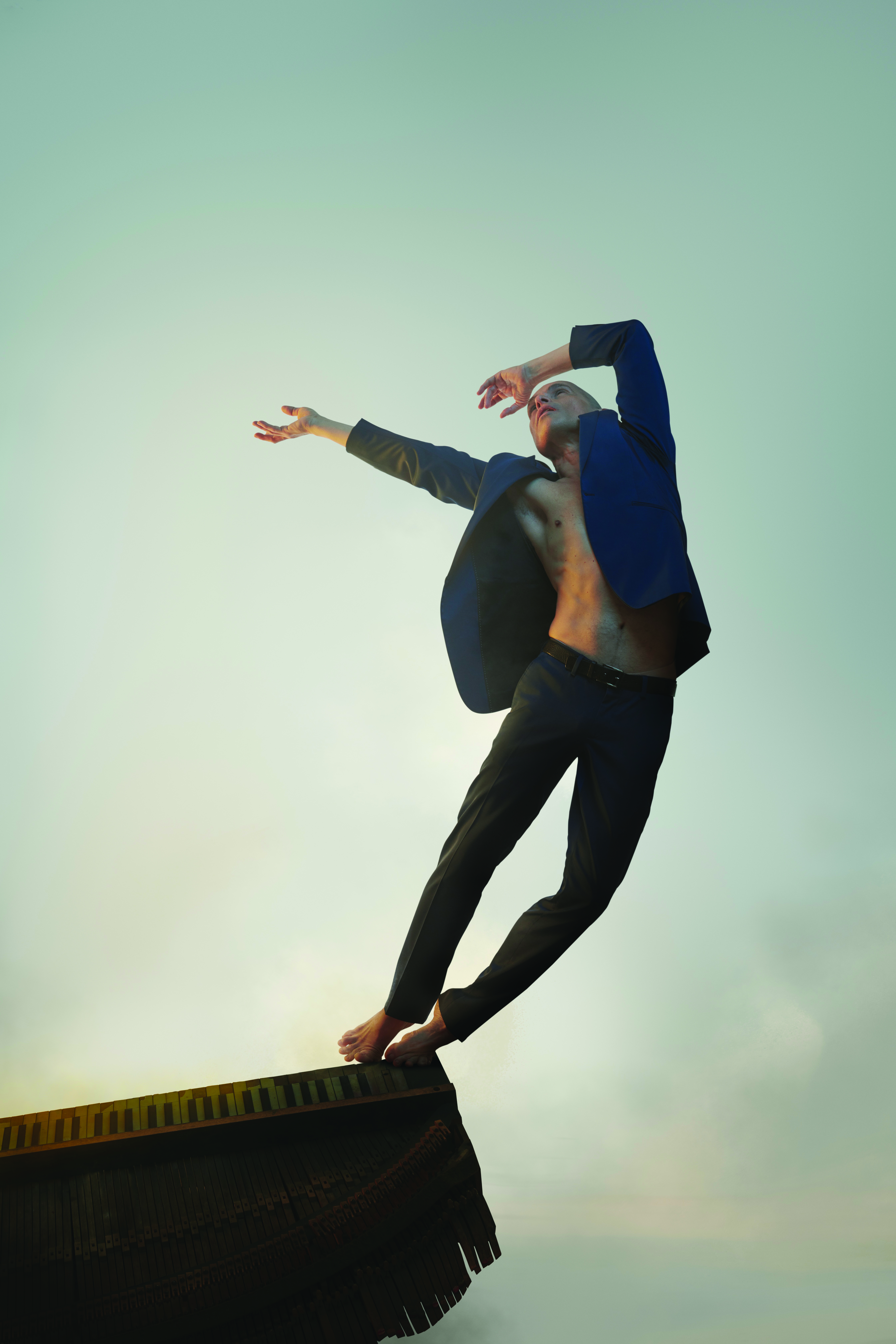 Winterreise is dedicated to Celeste and her husband Cruz Navas, the choreographer’s parents, both recently deceased. “Even losing the landmarks of my youth, this terrible coincidence was nonetheless the key that allowed me to find the right tone for this piece,” says the performer-choreographer. The passing of his father made him reflect on the history of his family, on the current situation in Venezuela and on male imagery. “My mother Celeste also suffered from rheumatoid arthritis and I saw her decline,” he says. “At the age of 60, she was still walking, at 70 much less, at 75 she didn’t move at all and had nightmares about it.”

“My country of origin has completely changed, my parents are no longer there, what I have left is dance,” the dancer-choreographer says, carried away by emotion. Navas thinks about this after each of his performances and that’s why he lies down on the stage and kisses it, full of gratitude for having been able to dance, one more night, in front of and for his audience. “I worry about the day I won’t be able to do it, but this anxiety brings a beautiful Zen awakening: I dance with infinitely more presence and intimacy.”

Winterreise was premiered just two weeks ago in Alost, Belgium. “In Belgium, where I’ve had the chance to present all my productions since 1991, they don’t hesitate to program solos in very large venues, which accentuates the vulnerable side of the show, and I love that nerve,” says Navas, who presented his work in this theatre for the seventh time. Closer to us, the choreographer often settles for the Cinquième Salle: “I really like the professionalism of the technical team that works there. It’s a place I know well and I feel perfectly at home there.” Moreover, it is rare that a performer has the opportunity to dance, night after night, a new work. Since Danse Danse generously offers him the opportunity to do so once again, the choreographer will not deny himself, nor his public, that pleasure. “I feel fortunate to have these opportunities: I am 55 years old and I hope I can continue to dance all my life.”