One of opera’s masterful stories of star-crossed love was recently re-imagined in the American Rust Belt. On Saturday, May 21st, this season’s final performance of Donizetti’s Lucia di Lammermoor was broadcast live in HD from the Metropolitan Opera in New York City. Adapted from a novel by Sir Walter Scott, Lucia is one of only a handful of Donizetti’s operas that is regularly performed today. 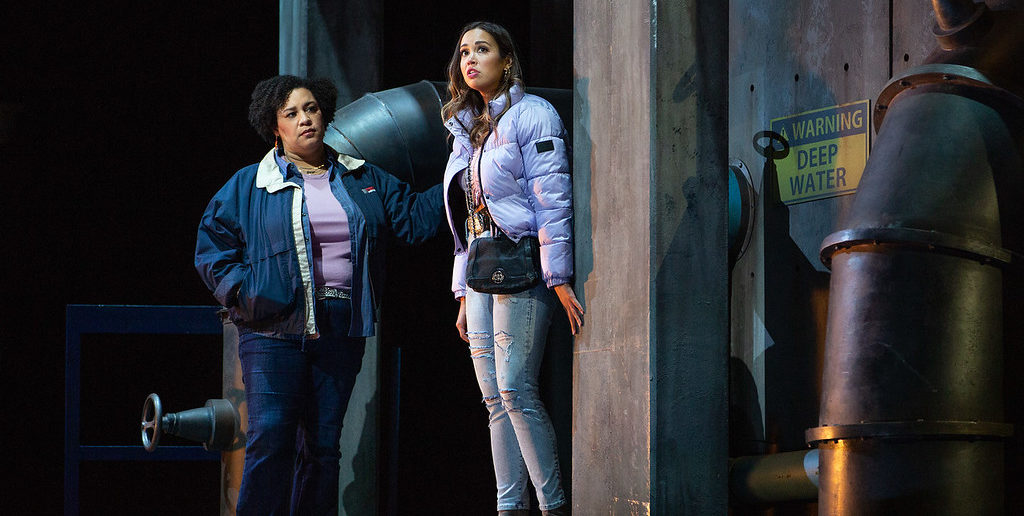 Vocally and dramatically, the cast was superlative. In one of her signature roles, soprano Nadine Sierra portrayed Lucia like a 17-year-old girl in love and had a solid command of her role. Tenor Javier Camarena also gave an impassioned vocal performance of his role of Edgardo. Artur Ruciński’s villainous, chain-smoking Enrico stole the show; the baritone role fit him like a glove. A few unwritten high notes by Ruciński and Camarena were welcome surprises in Act 3. Bass Christian Van Horn sang Raimondo with authority and sensitivity. The comprimari were effective: tenor Alok Kumar (Normanno) was excellent despite his brief appearances; tenor Eric Ferring (Arturo) nailed his Act 2 solo with verve and elegance; and mezzo Deborah Nansteel sang an adequate Alisa.

Conductor Riccardo Frizza opted for a slow reading of Donizetti’s masterpiece, which fortunately allowed me to savour some of the score’s intricacies that I had never noticed before, such as in the beautiful harp solo by Mariko Anraku, and some of the lower string underscoring in Act 1. On the other hand, the faster tempo of Edgardo and Enrico’s Act 3 confrontation scene gave it real, palpable tension. The Met Chorus was fantastic, particularly in their Act 3 chorus, “Ah, qual funesto avvenimento,” as well as in the final scene during Edgardo’s double aria. Finally, you know the production values are high when the Met eschews the flute accompaniment in favour of the spooky, ethereal glass harmonica in Lucia’s Act 3 Mad Scene (as Donizetti originally intended).

Simon Stone’s modern production of Lucia di Lammermoor marks his Met debut, and replaces Mary Zimmerman’s Victorian-era production from 2007. Stone translated the story from the castles of Scotland to the American Rust Belt. The various sets were everyday places (such as a convenience store, pharmacy, drive-in movie theatre, and motel room), contained innumerable props, and were constructed on a rotating turntable. Lucia and Enrico’s house had two levels and an elaborate backyard. The costumes were regular clothes, and the name tags, such as on the various work outfits as well as Edgardo’s army uniform, were welcome touches. Though I applaud Stone’s effort in making Lucia more relevant for today’s audiences, overall I felt overwhelmed by the ‘busy’ atmosphere he created.

First, during certain parts of the opera, the singers were followed by cameramen in full view, and the footage was projected in black-and-white, on a screen above the action (in the Met theatre). This filmic element was ineffective because it was too much information for the viewer to take in. We first see this during Enrico’s opening aria: as Enrico walked around the street selling drugs, Lucia was being filmed in her upstairs bedroom. Then, during Lucia’s first aria, the ghost of the Ravenswood girl she sings about appeared in the projected footage. I was, however, pleased to see that Edgardo and Lucia were shown meeting and falling in love during the Prelude. Stone gave the characters a proper backstory, even though it was also unnecessarily filmed. The Act 2 sextet, Chi mi frena, was staged perfectly because it was one of the rare instances when the actors remained almost completely still onstage.

The second aspect that overwhelmed the production was the frequent clockwise rotation of the turntable set, especially in Act 2, when pieces of various Act 1 sets were re-spliced together to make one large, overblown spectacle.

By making this Lucia very cinematic, Stone assumes opera-goers have short attention spans as he steers their focus away from the artists. Look no further than Lucia’s famous Act 3 Mad Scene, where all the elements culminated in a nervous bedlam, as the audience was made to focus on everything around Lucia instead of on her. The filmed footage took on an extension of Lucia’s thoughts, as the fine line between real and imagined was slightly blurred in a few instances. All this unnecessary artifice clearly proved to me that Stone’s Lucia was trying to achieve too much. In summary, a less ‘busy’ version of this production, with at least half the amount of sets and props, and without the simultaneous filming, would likely have been more effective as a modernization.