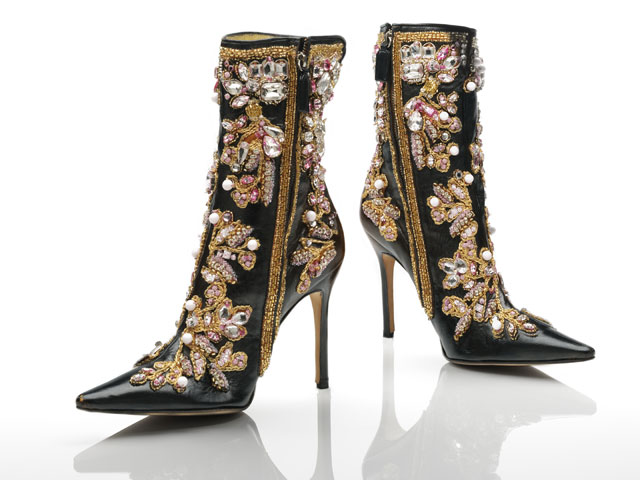 What protects us, decorates us and tells others what we are and what we like? Clothing, of course! It conveys social signals and also marks the evolution of mores and manners. As Miuccia Prada put it so well, “Fashion is the language of the moment,” and Armani once declared, “True elegance isn’t what you notice, but what you remember.” A hallmark of quality, style and elegance all over the world, Italian fashion evolved alongside socio-economic upheavals, and took off when the country was partly in ruins at the end of the Second World War.

From May 26 to September 25 the McCord Museum is holding the exhibition Eleganza: Italian Fashion, from 1945 to Today in partnership with London’s Victoria and Albert Museum. In 2014 the V&A presented, in a world premiere, The Glamour of Italian Fashion 1945-2014: a large-scale exhibition that was a huge success and later travelled to the United States.

Caroline Truchon, project manager at the McCord, explains that “nearly a third of the clothes exhibited will be new.” This is because some are fragile and have to be replaced after a certain time. Also, the layout, graphics and exhibition design are exclusive to the McCord.

The clothes are shown in chronological order so that visitors can trace the progress of Italian fashion over the last seventy years. It all begins at the end of the Second World War, with local workshops known for their skill and the quality of their fabrics.

“In the 1950s, eighty percent of clothes were hand-made,” observes Truchon. Many Americans travelled to Italy to buy their clothes. However, talented Italian couturiers and designers did not belong to any movement especially devoted to a particular Italian style. That came with Giovanni Battista Giorgini, who created the sense of a shared cultural identity.

Convinced that Italian fashion could rival French haute couture, in 1952 businessman Giovanni Battista Giorgini organized a show in the luxurious Sala Bianca at the palazzo Pitti in Florence. This had once been the residence of the Medici, and now it was to host both fashion and nobility. Giorgini persuaded international buyers, including those from North American stores, to attend. Thus Florence was elevated to the status of a fashion capital. Simonetta Visconti, Emilio Schuberth, Sorelle Fontana, Vanna, Germana Marucelli, Emilio Pucci, Avolio and Mirsa were some of the designers who took part in the show.

The McCord exhibition devotes one room to this landmark event, which catapulted Italian design on to the international scene. Giorgini created the “myth of continuity”, according to which Italian fashion stemmed directly from the skills of the Renaissance, that time of revival in art and culture. Not surprising therefore that Italian design, more than any other, corresponds to a lifestyle.

In the 1950s and 1960s, Rome in turn became a fashion capital because of the many films shot at its Cinecittà studios. Stars like Audrey Hepburn and Elizabeth Taylor wore clothes by Italian designers and contributed to their fame. “One thinks of the film Roman Holiday with Audrey Hepburn and Gregory Peck,” says Truchon. In the film La dolce vita in 1960, Marcello Mastroianni popularized the Italian suit internationally. What’s more, one room of the exhibition is dedicated to the era of the suit (1950 to 1960), that perfect symbol of elegance.

“Made in Italy” —  a guarantee of success

The years from 1970 to 1980 were the age of ready-to-wear. After Florence and Rome, Milan became the Italian fashion capital, and big names like Armani, Valentino and Versace became celebrities. The show devotes a lot of space to the “Made in Italy” phenomenon, by which the label became synonymous with authenticity and quality, transforming the image of the country abroad.

Visitors will be able to admire dresses, creations and accessories by such designers as Valentino, Armani, Fendi, Prada, Dolce & Gabbana and Emilio Pucci, as well as photographs, drawings and film clips. They can view items by emerging talents such as Stella Jean and Fausto Puglisi, and watch interviews with artisans on the future of Italian fashion in the 21st century.

There’s also something for children: Inspired by the clothes in the show and an array of bright colours, the McCord day camp will give them the chance to make a robot and imagine a weird and wonderful futuristic world. They can then present their creations at a fashion show … for robots!

According to Caroline Truchon, the exhibition focuses on the clothes, not the creators: “They are the stars; it’s not about the designers.” Audrey Hepburn once said that “elegance is the only beauty that never fades”. The McCord Museum, which holds the largest collection of costumes made or worn in Canada, would agree.

Eleganza: Italian Fashion, from 1945 to Today. From May 26 to September 25 at the McCord Museum, 690 Sherbrooke W, Montréal. www.mccord-museum.qc.ca