Adapted from Dostoyevsky’s 1846 novella, The Double is a rare combination of psychological thriller and slapstick comedy. Government clerk Yakov Petrovich Golyadkin meets a man who is identical in appearance but opposite in personality; whereas Golyadkin is a pushover, his doppelgänger is outgoing and daring. ­Featuring a live original score, this Dora Mavor Moore Award-winning satire is not to be missed. www.villagetheatre.ca

My Name is Asher Lev

Based on a novel of the same name by ­American author and rabbi Chaim Potok, My Name is Asher Lev tells the story of a New York Hasidic Jewish boy who discovers a talent for painting. Unfortunately, his traditional family takes issue with his passion. When the situation threatens to divide the whole ­community, Asher Lev must choose between his faith or his art, traditionalism or individualism. Directed by Steven Schipper, the play is co-produced with the Royal Manitoba Theatre Centre. www.segalcentre.org 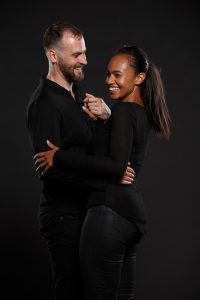 A hit both on London’s West End and on Broadway, Centaur Theatre’s Constellations is a conceptual portrayal of infinite possibilities in parallel worlds. In each world of this two-person play, Marianne, a physicist and Roland, a beekeeper, fall in love. Each difficult choice the star-crossed lovers are forced to make has a profound and life-changing impact. Montreal-based Graham Cuthbertson, who starred in Centaur’s Goodnight Bird two seasons ago, plays Roland and Toronto-based Cara Ricketts, who appeared in the CBC miniseries of Lawrence Hill’s The Book of Negroes (2015), plays Marianne. www.centaurtheatre.com

Presented by Persephone Productions, Jerome of Sandy Cove is a dramatization of a true story about a man who washed up on the beach of Sandy Cove, Nova Scotia on September 8, 1863. He was unable – or unwilling – to speak any language and both of his legs were inexplicably amputated to stubs. A veritable Canadian mystery, this production is written and directed by Christopher Moore and stars Zach Creatchman, Dominique Noel, Angelo Vernucci, and Natasha Perry-Fagant. www.mainlinetheatre.ca

The 2013 Tony Award-winning Broadway ­musical Cinderella will be travelling to ­Montreal in October as part of the Broadway Across Canada series. Rodgers and Hammerstein’s beloved classic is made anew with ­stunning visual effects and choreography. ­Relive the 1957 made-for-television show starring Julie Andrews with songs like “In My Own Little Corner,” “Impossible/It’s Possible” and “Ten Minutes Ago.” www.montreal.broadway.com, www.placedesarts.com 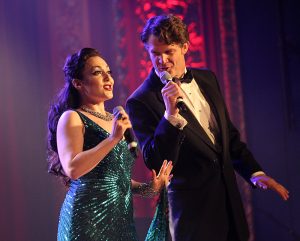 If you are still thinking about the wealth of English theatre you experienced last year in Montreal, consider attending the fourth ­annual Montreal English Theatre Awards on October 24 at the historic Rialto Theatre. The METAs this year ­include awards for outstanding actor and actress, supporting cast, ensemble, direction, set design, and much more.

There are also two honorary awards, the Unsung Hero of the Theatre (UHOT) Award that gives recognition to ­members of the ­Anglophone theatre community that often do not get the recognition they deserve, and the Equity, Diversity, and Inclusion (EDI) Award to “to recognize and encourage practices of access and inclusion, and to celebrate those who embrace the range of cultures, identities and abilities that make up and enrich our city.” If you know someone who fits the profile of either awards, you can submit nominations until September 15. For more information, visit www.metas.ca.

If you are searching for something for the whole family, look no further than Geordie Productions’s Halloween show. Written by American science fiction author Ray Bradbury, and adapted and directed by Amanda Kellock, the Artistic Director of Repercussion Theatre, The Halloween Tree recounts the history of the Gaelic festival Samhain and Halloween through a fantastical journey of several young boys into The Undiscovered Country. Learn the secrets of the spookiest holiday as the group tries to save their best friend Joe Pipkin. www.geordie.ca

Catch the world premiere of what is bound to be Canada’s next hit musical. Following last year’s successful run of The Apprenticeship of Duddy Kravitz: The Musical and the 2014 English production of Belles Sœurs: The ­Musical, the Segal Centre brings another Canadian story to life. The musical is based on the true story of Marc Hall, who was denied the right to take his boyfriend to prom at his high school in Oshawa, Ontario. To learn more, see our interview with Producer Mary Young Leckie here. www.segalcentre.org

Annabel Soutar, the playwright of Seeds, is back with a docudrama about ­genetically modified canola. The Watershed is another political-environmental drama that sheds light on the future of Canada’s natural resources. Commissioned by the Arts and Culture program of the Toronto 2015 Pan Am and Parapan Am Games, the play is a frank and funny account of the playwright’s cross-country trek from Alberta’s oil sands to ­Ontario’s Experimental Lakes Area. www.centaurtheatre.com