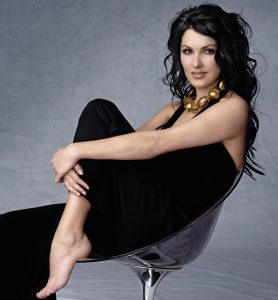 Many are abuzz after the mid-October announcement that Russian soprano Ana Netrebko, one of the world’s biggest opera stars, will make her Canadian debut on April 25, 2017 at the Four Seasons Centre for the Performing Arts in Toronto. Netrebko will be joined on stage by her husband, Yusif Eyazov, as well as baritone Dmitri Hvorostovsky – otherwise known as Trio Magnifico. They will be accompanied by the Canadian Opera Company Orchestra conducted by Jader Bignamini in a concert of opera arias, duets, and trios. Tickets to the event are bound to be expensive, some estimate they will be as much as $450 each. Following this concert, the Trio Magnifico will travel to Calgary for a concert with the Calgary Philharmonic Orchestra on April 30. 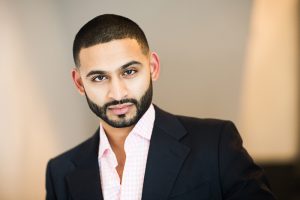 Rising Canadian conductor Jordan de Souza has been named Kapellmeister of Germany’s Komische Oper Berlin, starting in the 2017–18 season. This appointment follows his stint as the Head of Music for the same company. The 28-year-old McGill graduate (BMus’11, MMus’13) currently serves as Guest Conductor for the Canadian Opera Company, the National Ballet of Canada, and the Bregenz Festival (Austria), as well as Resident Conductor for Tapestry Opera. De Souza will conduct the Opéra de Montréal’s production of Don Giovanni, which runs November 12–19.

English conductor, harpsichordist, and cellist Jonathan Cohen was named Music Director of the Violons du Roy, stepping into the role in the 2018–19 season, until 2021. Founding conductor Bernard Labadie will be stepping down from the helm of the group to continue his own international career. Cohen is the Artistic Director of Arcangelo and the Tetbury Music Festival in England, Associate Conductor of Les Arts Florissants, and artistic partner of the Saint Pail Chamber Orchestra in Minnesota. He will begin serving as designated Music Director in February 2017, when he will conduct the ensemble at Palais Montcalm in a program of Telemann, Purcell, Corelli, Vivaldi, and Biber. 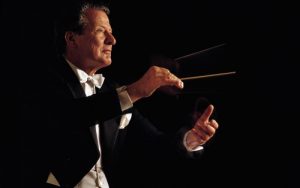 Sir Neville Marriner, one of the most prolific conductors, passed away peacefully on October 2, 2016 at the age of 92. Marriner, who was also a violinist, founded the chamber orchestra Academy of St Martin in the Fields in 1958. Also associated with the Los Angeles Chamber Orchestra, the Minnesota Orchestra, and the Stuttgart Radio Symphony Orchestra, and guest conductor of many other prominent orchestras around the world, his output of recordings is second only to Herbert von Karajan.

The Quebec Baroque music scene and the arts community at large was shocked and saddened by the death of Nicolas Fortin at the age of 35. Fortin was a graduate of McGill University on Baroque violin and was the General Director of the Montreal Baroque Festival, as well as a close collaborator with the Conseil Québécois de la musique.

Quebec jazz musician Guy Nadon, known as “le roi du drum” passed away on October 9 at the age of 82 after a hard-fought battle with kidney disease. A self-taught musician, Nadon was an absolute fixture in the Montreal jazz scene, playing in all but three editions of the Montreal International Jazz Festival – 34 appearances in all. In 1998 he won the Festival’s Oscar Peterson Award for his contributions.

American singer-songwriter Bob Dylan, 75, won the Nobel Prize in Literature, the first musician to do so in the prize’s 115-year history. The Swedish Academy stated that Dylan “created new poetic expressions within the great American song tradition.” 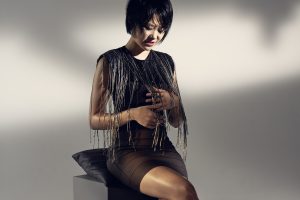 Musical America has named superstar pianist Yuja Wang the 2017 Artist of the Year. Other award winners include Eighth Blackbird (Ensemble of the Year), Susanna Mälkki (Conductor of the Year), Andrew Norman (Composer of the Year), and bass-baritone Eric Owens (Vocalist of the Year). The awards will be presented at Carnegie Hall in December 2016.