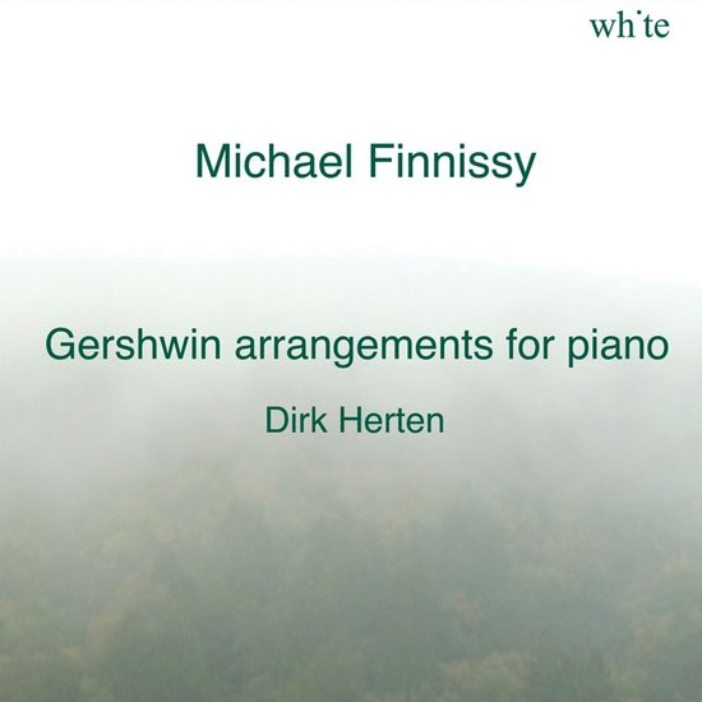 George Gershwin’s songs are so ubiquitous that it is hard to imagine an experience of his work untouched by adaptations, whether in film or in the concert hall. This set of 13 tunes was transcribed by English composer Michael Finnissy over the same number of years, between 1975 and 1988. Finnissy is perhaps best known for his transcriptions, from his English Country Tunes (1982–85) to his completion of Mozart’s Requiem (2013).

Finnissy, who celebrated his 70th birthday earlier this year, hailed Dirk Herten’s performance as “thoughtful, sensitive, [and]delicately-shaded,” while praising his refined touch. He continued, “I feel like a ‘revered classic’…your performances are enraptured.”

High praise indeed for Herten, but not undeserved. In Herten’s hands, classics such as “They Can’t Take That Away from Me” and “Embraceable You” are a wistful fantasy of time past, an involuntary – but not unwelcome – return. Herten’s reverent interpretation of the intricate material renders the original tunes nearly saccharine and pale in comparison.

Herten takes a decidedly slower tempo than Finnissy. The disc clocks in at over an hour rather than Finnissy’s suggestion of 40 minutes, showcasing a virtuosity based in sentimentality rather than speed. Harmony takes precedence over other music elements, though the impression of free-flowing musical material belies its rhythmic complexity.

Don’t be fooled by the rather dour cover of a forest shrouded in fog; instead of obfuscating Gershwin’s simple melodic genius, the album unveils tints and tones in the original source material, while bringing past and present into silvery dialogue.