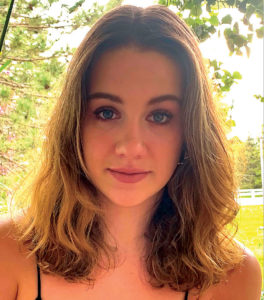 Opera is everything. It is set, decor, lighting, performers, costume, acting, music and audience. It is opulence and minimalism, art and reality all in one. Calling it ‘fat’ seems to suggest it is superfluous to the basics, or excessive. That ‘extraness’ fuels the stigma. But opera is reality dressed up in music. It is sex, heartbreak and hate. It is inequality, nationalism and religion. It is human emotion at its core. Nothing about that is extra. 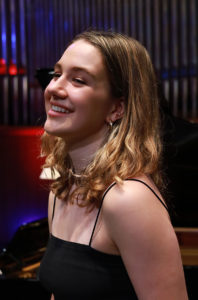 This is how soprano Mia Rolland defines her longtime passion for the artform. Things weren’t always that simple, though. It took her four tries to find the right instrument before landing on the clarinet at the age of 10 (she astutely rejected the violin, cello and piano). Her two siblings are also in the music world, one as an administrative director of a music festival and the other as an oboist.

Mia comes from a very musical family, passionate about opera among other genres (her musical icons range from Barbra Streisand and Julie Andrews to Cecilia Bartoli, from Kate Lindsey to David Bowie and Cat Stevens). It all started with her mother, a cellist. “She encouraged me to be curious about all music, not just strictly classical music and pushed me to work for what I wanted. She’s also one of the most instinctive musicians I know. I’ve had to ban her from wearing long earrings to concerts because as she instinctively moves with the music, her jewellery adds an unscripted percussive embellishment.”

What are you top 10 operas and why?

No. 1 without a doubt is Pélleas et Mélisande. I remember the first time I heard this opera. My brother, the one who introduced me to opera as a child, had told me that this was his favorite opera. I went in knowing absolutely nothing. I was 15, in love with German romantic music and familiar with the German and Italian traditions that dominated the operatic scene. All that changed when I heard this music in the Vienna Staatsoper. There were no grand musical gestures or thrilling high notes.  It was like a psychological thriller or an anti-opera.

Where have you studied and with whom?

Last winter I took five lessons with Dominique Labelle on Zoom. My main source of study however has been just listening as much as I possibly can to recordings, to operas and to other young singers at university.

The pandemic actually provided me with the opportunity to give time and space to my singing rather than just the clarinet. Though the first few months of quarantine saw me practise the clarinet more than I ever had in my life, it also saw me listen to more opera than ever before. The pandemic in many ways served as a volta in my musical career. It provided the ideal transitional period as, with fewer opportunities with the clarinet, I could afford to dedicate myself to singing.

My long-term dream is to use music as a form of non-profit advocacy. I’ve always believed that music is made to be shared and that as long as you can share music, you have a voice to communicate what words often don’t have the capacity to express. I would love to either work with existing nonprofits or create my own trust one day with music at its heart.

I’ve recently done a lot of early music. It just felt appropriate that as a baby singer I understood the foundation of the art. Early opera sowed the seeds of a new kind of presentation of human reality. It takes issues from the bottom of society and presents them in all their painful glory. As it bleeds together forms of artistry, it forged opera as the artform that comes closest to presenting pure human emotion simply by using one of the most vulnerable and effective tools at our disposal: the human voice, therein acting as a barometer of society.

What are your concerns about the operatic career?

I am concerned about how opera will progress with the times and 21st century. Each time I go to an opera, I find it very difficult to stomach the thematic misogyny and the terribly reductive depictions of women. My greatest concern is that as a woman of the 21st century I can’t reasonably justify all of my characters’ decisions. I’ve decided, however, that opera isn’t supposed to be a logical experience and it isn’t my job to break the suspension of disbelief that characterizes the art from: in reality people don’t break into song. After thinking about it in great depth, I decided that my main responsibility as a performer is to create characters whose decisions are justified and nuanced. Rather than making decisions according to a story written by a man, about a man, I want my characters’ decisions to be their own according to the cards they have been dealt. I want to push productions and directorial visions to bring the opera and stories into the 21st century. That is why I am so excited to direct my first opera in the fall!!

What makes a great singer ?

If music is made to be shared, then a great singer or musician is someone who cares about what they are communicating and why they are communicating it. A wonderful theatre professor at Yale tasked me with creating objectives for each of the characters I was playing. I was initially always preoccupied with getting the music right before figuring out its meaning, both as a clarinetist and a singer. I have taken to doing this with each of my pieces, song and aria alike.