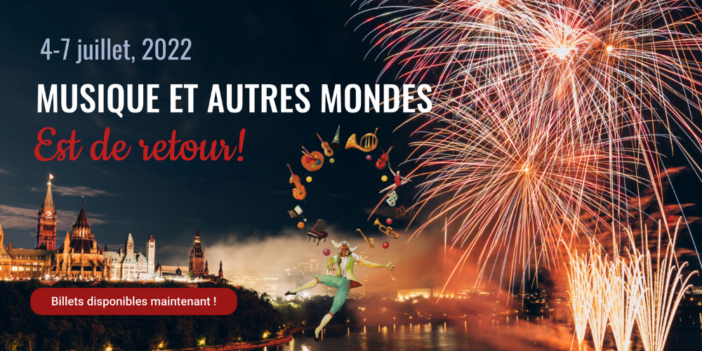 There once was a time when the city of Montreal sported one major music event, the Festival International de jazz de Montréal (FIJM). In its 37 years, the city has turned into a mecca of music festivals in all shapes, forms and styles, with events galore held in all seasons. But that one big event stood alone for many years as the only act of its kind in town, each annual ten-day run broken by a long hiatus of live music in the rest of the year. In those dry times, Montreal was just about written off the annual touring circuit, at least in the jazz field. As the club scene dried up in the eighties and nineties, jazz fans could find solace in their record collections, and the onslaught of the CD age offset some of their woes.

But as the new millennium rolled in, times started to change. On the jazz scene two alternatives appeared, the upstart Off Jazz Festival in Y2K and, a year later the Suoni per il Popolo. While the former overlapped the big jazz fest (its raison dʼêtre being a way for local musicians to air their grievances towards the jazz festival), the latter spread out its first edition over five weeks unto late July, a good two weeks after the main event’s final evening.

Nowadays, the jazz fest doggedly sticks to its name while streamlining its program to more commercial content; the Off festival, for its part, has moved to the Fall and developed its own identity as a showcase for mostly local jazz talent; the Suoni per il Popolo, finally, has held its own as the cityʼs most far-reaching experimental music happening, where jazz and improvised music is only one of its facets, electronics, noise, rock and contemporary classical being others. The following is a review of just a handful of shows, starting with its most unexpected offering as festival opener.

The June first performance kicking off the Suoni’s 17th edition was something of a paradox for a festival known to be at the cutting edge of todayʼs music scene. In what could have been billed as a “back to the future” concert , this show was a revival of music created close to half a century ago by a now legendary collective here in Montreal called lʼInfonie. In its five year run (1968-1973), it created a unique body of work documented in four albums (Volumes 3, 33, 333 and 3333) that spanned all genres, from classical, pop, jazz, free, folk and what not). An eighteen piece ensemble of young players (none of whom were even born when the music was first created) took to the task with as much spirit as technical aplomb. Their leader, Philipe Keyser, certainly drilled his charges, and he too must be credited for actually transcribing the parts off the original records, apparently not succeeding in gaining access to the original scores stored at one of the cityʼs university archives. Written and arranged by Walter Boudreau, a one-time budding jazz sax player turned composer and conductor of a leading contemporary music ensemble in town – the music obviously bears a few stylistic wrinkles now, with typecast 60s big band orchestrations and Zappa-like harmonies and free-for-all blowouts. Lest we forget, those were heady days back then when stage performances turned into musical happenings, which was precisely the case that evening where four painters and a dancer were doing their thing on stage as well.

Particularly heartening was the presence of eight of the nine surviving members at the show that night (Boudreau being one of them), all of whom lined up with the performers to take a well deserved bow before an enthusiastic audience, equally divided between greying (or balding) heads and a more youthful contingent of first-time listeners. After that one blast from the past, the festival was true to form once again in presenting both newcomers and more established names. One of the latter, Anthony Braxton, made his first appearance in Montreal in decades at the helm of his current sextet, which includes two harps (!), accordion, brass (Taylor Ho Bynum) and tuba (Dan Peck). Working off reams of graphically scored parts full of wavy lines and geometric forms, the group played almost an hour non-stop, their set lasting under the duration imposed by an hour glass at centre stage (actually 63 minutes according to Bynum). As leader, Braxton was not only playing but acting as a conductor, often cuing in segments with nods. Of course, such scores are but arbitrary and playing them again (if ever that should happen) would certainly lead to different sonic results. Interestingly, Braxton left a score page as a thank you to the owner of the bead and breakfast he was staying in, thus proving the dispensability of his writings (something he would certainly not have done if it had been a page of manuscript notated in a more traditional way). In fact, after this concert, it strikes this writer that the best way to appreciate this approach, whatever he calls it now, is not to take it too seriously, an insight gleaned from seeing the musicians dealing with it during the afternoon soundcheck, their leader first and foremost. As an opening act, local saxophonist Fred Bazil played a brief solo set showing to good advantage his warm, full tone on tenor, but not enough to offset obvious limitations in vocabulary. On successive evenings, (June 20 and 21), the festival wound down on two double bills. The first offered yet another paradox, in that the first part featured musicians of two nationalities (Japanese and French) playing music devoid of any ethnic references. The group, Kaze, is the pairing of pianist Satoko Fujii and her husband trumpeter Natsuki Tamura with Frenchman Christian Pruvost (also trumpet) and Peter Orrins (drums). The absence of a bass rids the group of an anchor, yet the piano assumes that role at points, setting up cues to compositional sections that surface within or at the end of free form group improvisations. Less discursive in nature, their work is more sonic, the trumpeters using various mutes and little toys, the pianist going into her piano with sticks and what not, the drummer going more for timbers than pulses or rhythms. While there is much independence in the musical activities, the group is also mindful to coalesce at times, and the compositions of the pianist serve that purpose very well.

The paradox of the evening really struck home in the second set. Haram is a Vancouver-based septet of six native Canadians lead by guitarist Gordon Grdina (on oud only) and a lone Iranian expatriate, all of whom play a middle-Eastern music repertoire, primarily from the latterʼs own tradition. But the group gives the music a decidedly Western slant to it, with intense solos provided by a three-horn section of tenor sax, clarinet and trumpet, the latter played deftly by J,P. Carter, who took the standout solo of the set. Yet, for all of the traditional flavours, the high energy level made the experience numbing after awhile. Particularly overbearing was the drummer Kenton Loewen who forced everyone to play louder and higher most of the times. This was especially problematic for clarinetist François Houle, who had little opportunity to show his consummate artistry and even backed off from his first solo spot of the evening, unable to cut through the din. On another occasion, he was forced to wail in the upper end of his horn in order to be heard (and now we know why Jimmy Giuffre put together his trio without drums…)

The last performance seen, on June 21, was an interesting pairing of vastly different approaches to free improvising. The first half, which could be viewed as a more ‘classic’ take, was billed as a quartet with piano, trumpet, drums and bass, but with a no show from the latter, it was reduced to a trio. The pianist Karoline Leblanc and her partner, Paulo J. Ferreira Lopes (drums) are understandably a closely knit unit. In recent years, they have been going to the drummer’s native Portugal to participate in a regional all-improv music meeting in the countryside, which lead them to record a self-produced album over there last year with two native musicians, trumpeter Luis Vincente, on board for this gig. In true free jazz tradition their set was based on energy playing, the horn spewing sounds in an almost machine-gun like way, the pianist responding with clusters all over the keyboard, the drummer stoking the fires with his own salvos. Along the way, there were some moments of respite but they were intermissions before the next take off. Though in the same spirit as their full quartet recording, the lack of one player may have lead the musicians to lay it on a little thicker as a trio, but one thing is for sure: no other musical genre is more adaptive to unforeseen circumstances than improvised music is. (In a more conventional setting, such as playing tunes or set arrangements, the absence of a bass player can throw a performance off completely, not so in improvised music, at least in the right hands, like those that night.)

Last, but not least, the bi-national quartet Perch, Hen, Brock and Rain, is a seasoned group of players who have been performing as a unit for the last three years. On one side of the Atlantic, the New-York couple of drummer Tom Rainey and saxophonist Ingrid Laubrock mesh perfectly with their Amsterdam counterparts Ig Henneman (viola) and Ab Baars (tenor sax, clarinet and shakuhachi), the latterʼs name incidentally being the Dutch equivalent of ʽperchʼ, thus explaining the bandʼs full name. Given their respective experiences, this is not only a group that can play, but more importantly one that listens intently. Kudos to Tom Rainey as MVP drummer of the festival for his understated yet always effective playing, especially important for the violist whose instrument is not the loudest. It must be noted that Rainey as a seasoned jazz drummer knows the importance of working both supportively and assertively, as circumstances dictate. The twin reedists are an effective contrast, Baars for his arresting tenor sound (which he played not that much, turning instead to his other horns), Laubrock definitively more jazzy in phrasing and sound, counterbalancing in some ways Baars’ loose cannon on the deck approach, as a kind of straightman (woman) in a standup act. Violists by trade are supportive players, and Henneman subtly shifting ostinato patterns grounded the whole performance effectively. Of this concert, one can venture to say that the opening trio was composing with the circumstances and striving towards a kind of group identity – an essential part of the process – while drawing much sustenance on the role model of the Cecil Taylor trio of yore in its quest; the quartet, in contrast, was secure in its identity from the start and needed only to play music, delivering their goods in a thoroughly natural and unforced manner..