You are at:Home»La Scena Online»Concert Reviews»Review | Canadian Opera Company’s La Traviata a Feast for the Eyes and Ears
Advertisement / Publicité

One of the Verdi’s best-known operas with many recognizable tunes, La Traviata tells the tragic love story of Parisian courtesan Violetta, who initially rejects the notion of love, but eventually falls for the handsome Alfredo, only to be forced to relinquish her life with him, in the name of saving his family’s honour. Conducted by Music Director Johannes Debus, this is a revival of COC’s 2015 production under director Arin Arbus, which stays true to Verdi’s original vision for the opera, and transports the audience back into the world of Paris’ elite in the mid-1800s.

Egyptian-born soprano Amina Edris in her COC debut was superb as Violetta. Her bel canto is effortless and not excessive, carrying the intricate passages with ease and clarity. She has an engaging presence and is generous with her emotions, especially when portraying Violetta’s vulnerability. Also making his COC debut is American tenor Matthew Polenzani as Alfredo. Although his acting seemed a touch stiff in Act I making him less believable as a smitten lover, his voice fully came to life in Act Two’s “De’ miei bollenti spiriti.” He was most effective as a scorned and later remorseful lover. The final act was the highlight of the evening. Violetta’s dying scene was filled with aching tenderness between the reunited lovers and beautiful pianissimo high notes from the leads. 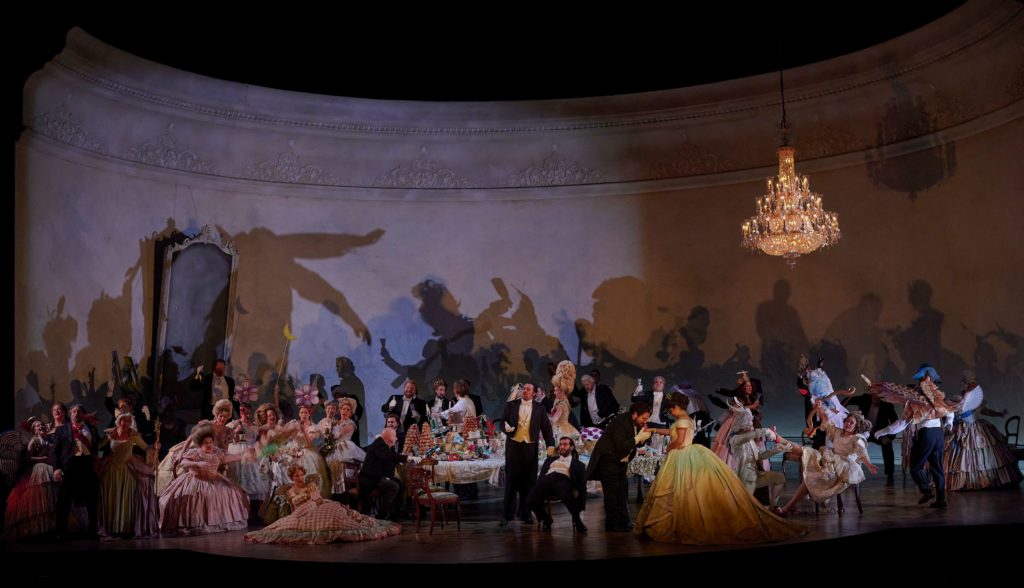 Italian baritone Simone Piazzola plays his signature role of Giorgio Germont, Alfredo’s father. Instead of a mean and controlling patriarch, Piazzola’s Germont is filled with pain and desperation to have his son return to him and restore his family’s reputation. Although this is Piazzola’s first mainstage appearance with the COC, he has sung this role in over 30 productions around the world. Today’s performance marks his 200th as Germont, and it was a treat for Toronto audiences to witness this milestone. 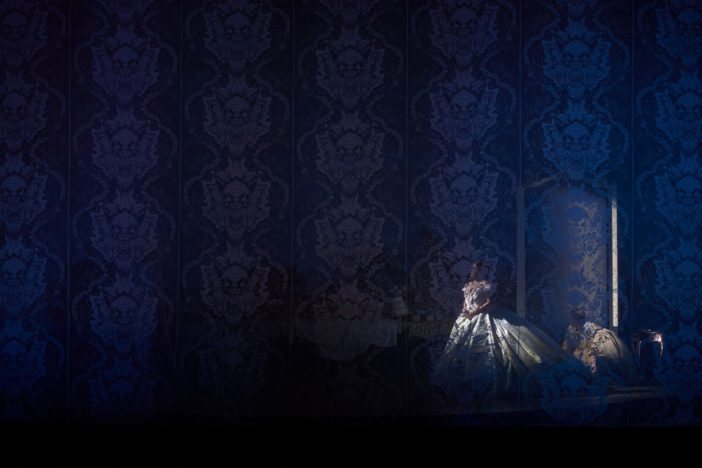 The party scene in Act II was a fine showcase of the COC chorus, with the men playing matadors and the women as gypsies.

The staging overflowed with the opulence of Parisian grandeur, and was complemented by gorgeous period costumes, which have not been seen in recent COC productions.

The only disappointment of the night was Violetta’s “Sempre libera” at the end of Act I, when the high E flat was intentionally omitted.

COC’s La Traviata is a fine production with top-notch vocals especially from the up and coming Edris, who is definitely one to watch.