REVIEW: of the 2018 Bard SummerScape production of Anton Rubinstein’s 1871 opera Demon; and

A warning to all princes of the Caucasus – lock up your daughters! The devil is on the prowl, and he’s feeling amorous.

Russian composer Anton Rubinstein’s 1871 opera, Demon, weaves a fascinating yarn of ultimate forbidden love. Based on an earlier, censored poem by Russian poetic genius Mikhail Lermontov, a demon (depicted as the very model of the proud, lonely, passionate Byronic tragic hero) finds himself smitten by the beauty of a young Caucasus princess, Tamara, and defies heaven and nature to possess her.

Think of it as Romeo and Juliet meets Paradise Lost. 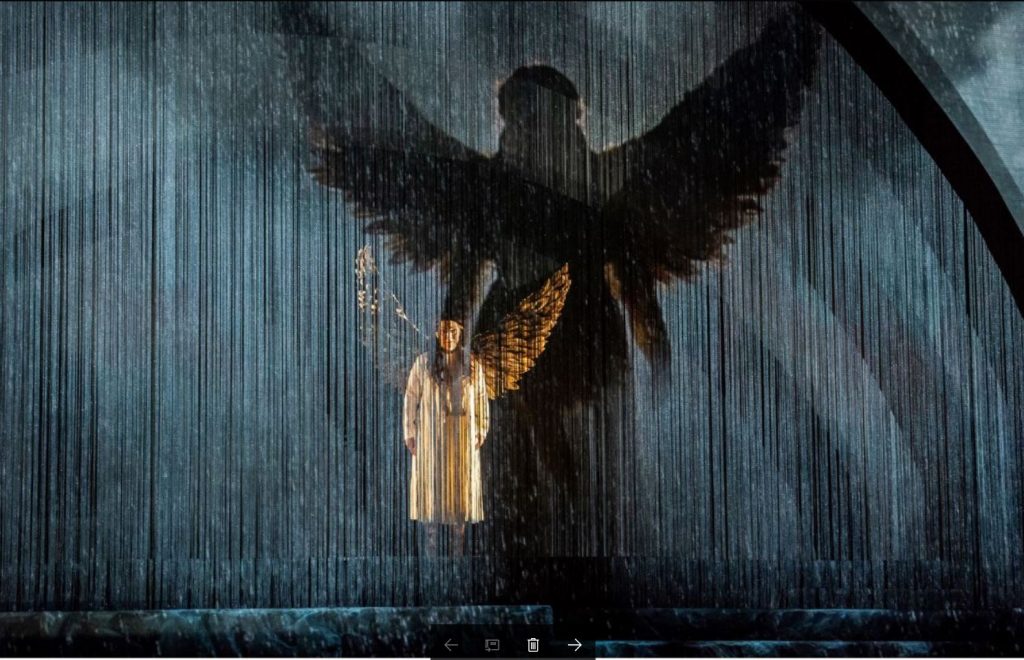 The Devil His Due

The plot has a distinct fetor of blasphemy to it; and, indeed, Lermontov (who died in 1841 at the age of only 26) was barred from publishing his original Demon, even though the poem circulated privately among a titillated and appreciative Russian literary elite including, purportedly, the czarina.

“I think that’s what got him,” Botstein says.

The archetype of the dark, self-actualizing dissenter from all moral authority or restraint enflamed and inspired the 19th-century Romantic imagination writ large. Its trappings might be Judeo-Christian mythos, as with Demon, or secular (as with Byron’s Childe Harold, Shelley’s Frankenstein, or Lermontov’s remarkable Pechorin from A Hero of Our Time), but the impulse and aim – whether for Byron or Mary Shelley, Pushkin or Lermontov or Rubinstein – were always strictly Romantic-humanist-sublime.

“Rubinstein had also set Paradise Lost to music, as a ‘scenic oratorio,'” Botstein observes; and both the substance and the style of that earlier work are evident in Demon. “He was very interested in the oratorio form. He integrated oratorio conventions into the operatic structure.” 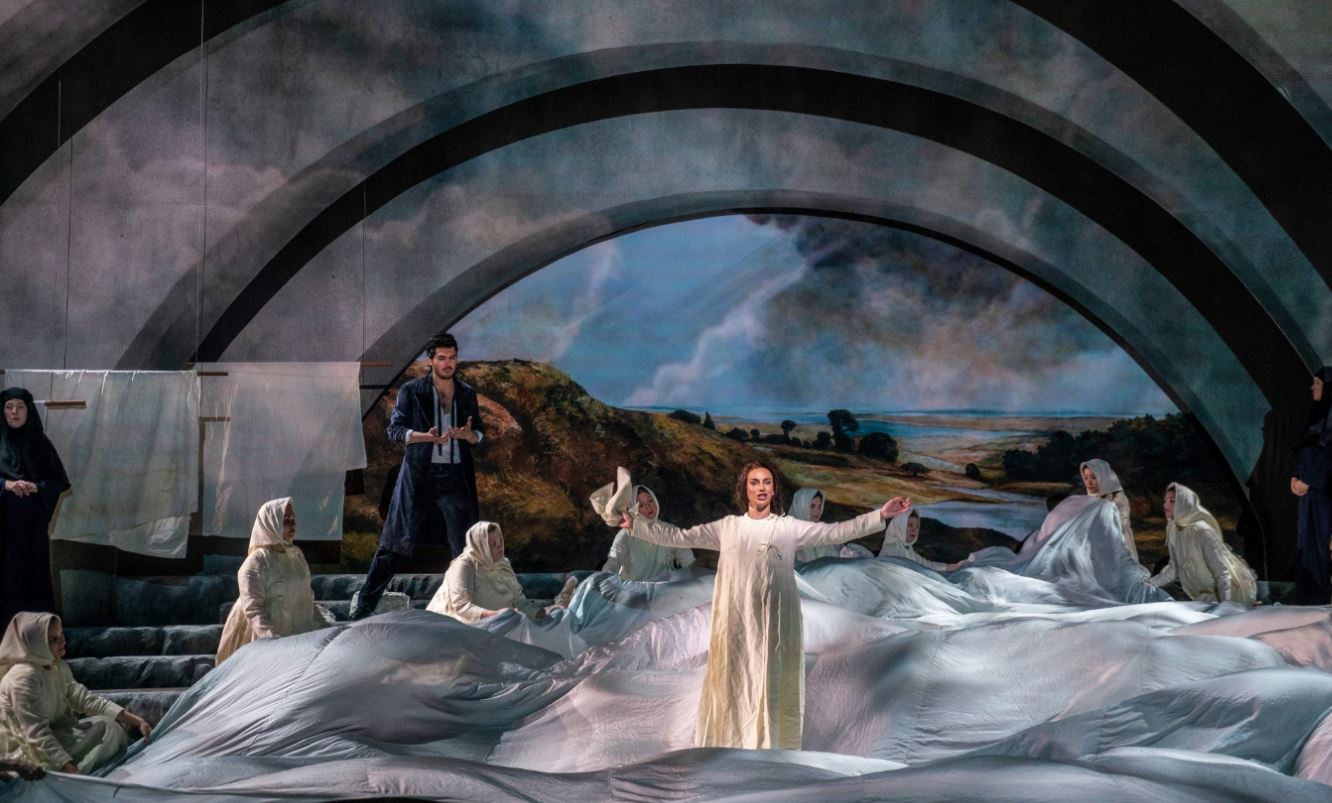 By the river; DEMON by Anton Rubinstein; Bard SummerScape; photo by Stephanie Berger.

Demon does open with an oratorio-like set-piece – a bang-up choral tour de force featuring a host of invisible phantoms singing the praises of their demonic overlord. The Demon himself is then introduced, in dramatically fraught yet highly symmetrical sung argument with an Angel, exchanges further exemplifying the fusion of operatic and oratorio gestures.

Importantly, the Demon’s recounting of his rebellion from heaven and fall from grace leaves no doubt as to his true, if coyly unstated, identity. This is no rank-and-file demon. This is the former Lucifer himself. And he’s hell-bent on exercising his sovereign prerogatives over the mortal world. He wants a paramour, and he’s found his ideal mate in the princess Tamara.

With that, the opera’s central narrative of colliding worlds is set in motion.

The Demon’s seductions begin subtly enough – enigmatic supernatural blandishments which Tamara only dimly perceives as she frolics at river’s edge with her handmaidens. But flirty gaslighting soon enough escalates into an assault of scorched-earth intensity. Hell hath no fury like a demon on the make.

Tamara resists valiantly. But, in the end, no one – not Tamara’s intended, the hapless Prince Sinodal, nor even the princess herself – will be spared. 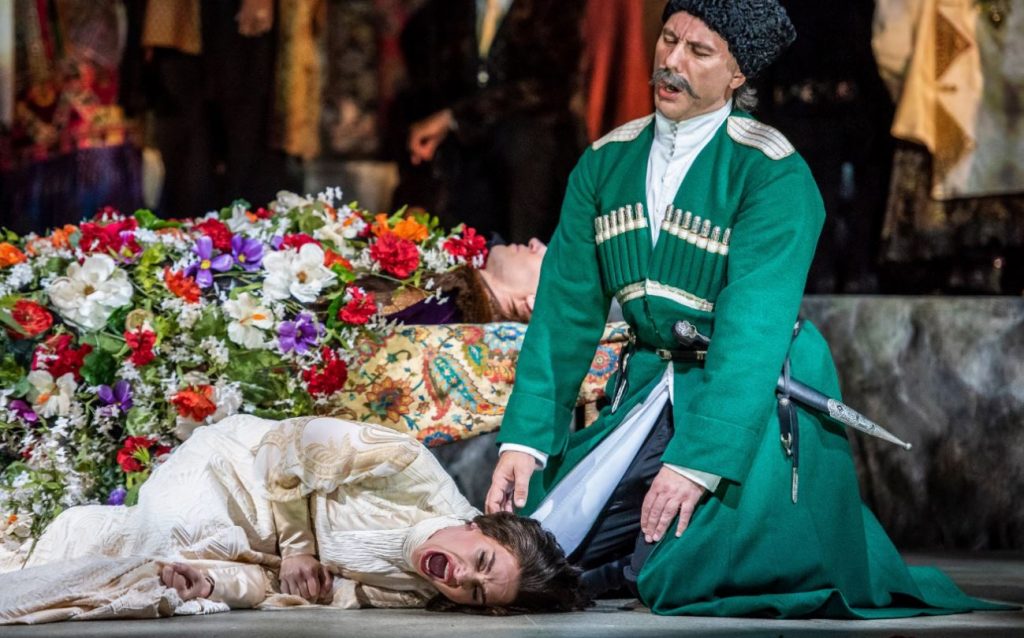 The SummerScape production, directed by Thaddeus Strassberger, takes full, sexy advantage of the rich layers and implications – social, spiritual, psychological – of both Lermontov’s Byronic tragedy and the broad palette of colors and moods in which Rubinstein swathes it. Strassberger has opted for an authentic period look and feel, while integrating clever staging devices that gratify contemporary tastes for a dash of narrative ambiguity. A pantomime played during the prologue, for instance, recurs at the end of Act II, offering not only retrospective circular structure, but a psychological-thriller preparation for Act III’s harrowing finale as well. 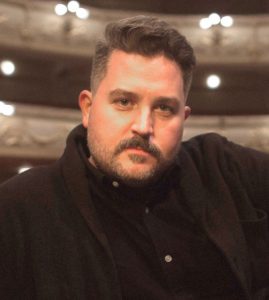 Any way one reads it – psychologically, allegorically, or even as sheer histrionic melodrama – Demon is full of enormous and passionate rhythm and variety. Rubinstein’s score throbs, moans, bellows, and exults. Prince Sinodal’s “romance” (“Snariadí gantsá knyeviéstie / Abiernúvshis’ sókalam”) is haunting, exotic, and gorgeous, while the numerous romances, arias and ariosos for Tamara and the Demon are nothing short of vocal and dramatic masterworks. Soldiers sing an ironically jaunty and rousing wine-song epithalamium; Tatars attack Sinodal’s caravan to tempestuous strains of symphonic splendor; an ill-fated wedding banquet showcases brilliant and jagged, proto-Khachaturian-like dance music.

Finally, the extended, climactic duet between Tamara and the Demon is shocking and riveting. Botstein and his orchestra expertly calibrate its multiple rises, falls, and bravura culmination, while Strassberger and his performers pull out all the behavioral stops.

“The score has no real performance history,” Botstein says, at least from the perspective of the modern West. “It was a favorite of Chaliapin [the great Russian bass who died in 1938], but it has never been done in a major house in modern times.”

It’s anyone’s guess why. But, with this production, Botstein, Strassberger, and their SummerScape 2018 performers and design team have crafted an irresistible argument for such inexplicable neglect to cease. 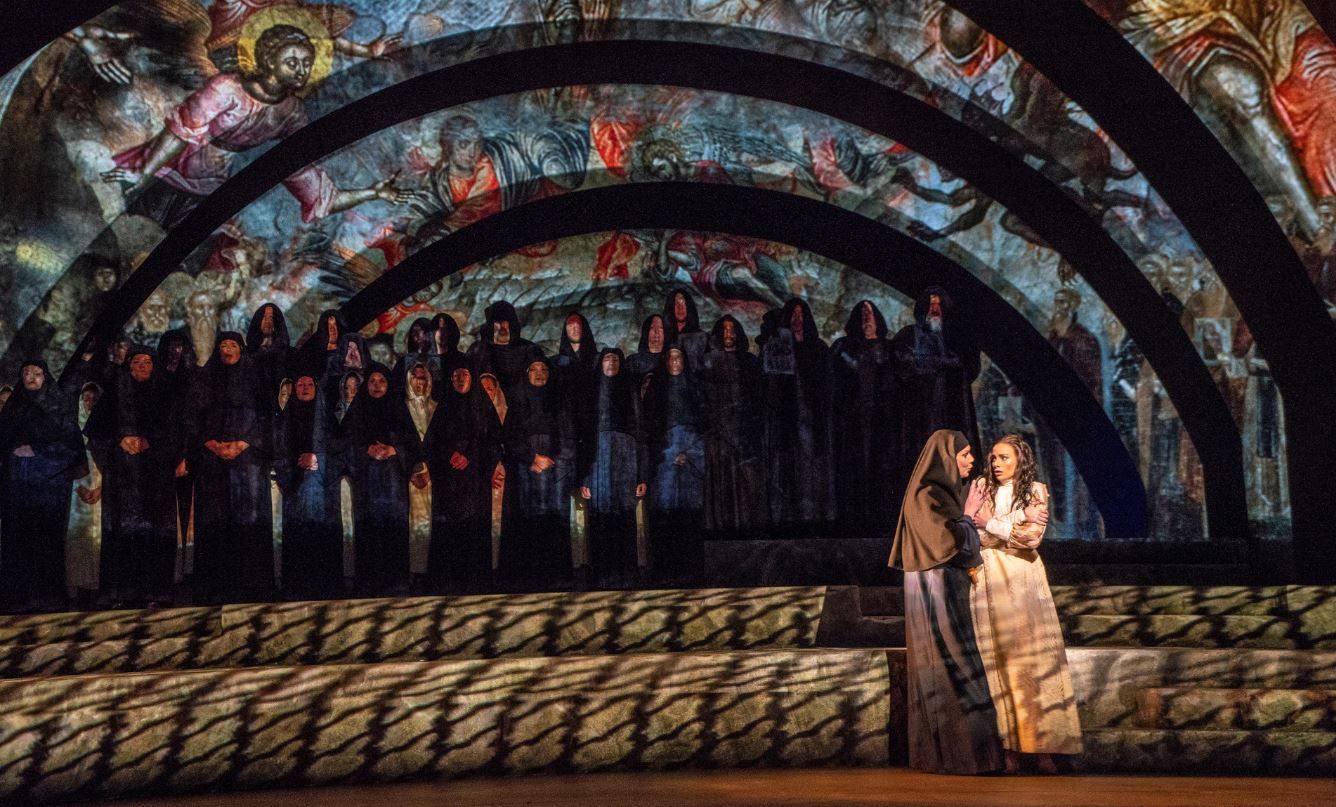 The SummerScape production boasts “an All-Russian cast,” all of whom warrant warm plaudits. Bass Andrei Valentii as Tamara’s father, Prince Gudal, is both powerful and sensitive, with a richly dark and flexible voice; he is well-balanced against the delicate work of warm-voiced mezzo-soprano Ekaterina Egorova as Tamara’s doting Nanny. Tenor Pavel Suliandziga brings urgency and ringing vocal clarity to the pivotal, tragic announcements of the Messenger.

As formidable supernal foil to the Demon, mezzo-soprano Nadezhdah Babintseva lends the Angel a regal and golden vocal authority. Bass Iakov Strizhak plays the “Old Servant” – stalwart retainer to Tamara’s affianced Prince Sinodal – counter to any obvious geriatric cliché, bringing instead a virile vocal and physical vigor to the role and making his interventions in the unfolding tragedy a value-added counterpoint to the principal plotline.

Tenor Aleksander Nesterenko plays the crucial if cameo-sized role of Prince Sinodal, Tamara’s beloved, with fine and heroic tenderness, and a voice of supple emotional masculinity.

In the complex and demanding role of the besieged princess Tamara, soprano Olga Tolkmit proves both a remarkably impactful actor and a singer of range and fearlessness. Seeming to hold her powers in reserve during the role’s more lyrical, ingénue-style Act I, Tolkmit begins disclosing a startling battery of progressively more forceful, even lurid vocal and emotional effects through the course of Acts II and III. It’s a unique portrayal, as unlikely as it is persuasive in defining the character’s unprecedented – and terrifying – situation. 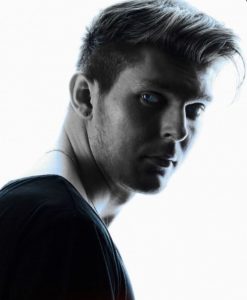 Zavalny also provides a compelling visual focus, even during stretches when his character is absent from the vocal score, as Strassberger places him in almost perpetual and sinuous transit of the stage, weaving slow gestural spells, exerting flamboyant Svengali-like influence, unseen by other characters, an inexorable flow of living, chthonic, molten lava.

Brilliant, too, is the startling athleticism of Georgian dance troupe Pesvebi, whose members boggle the senses during their airborne Act II wedding scene salvos. 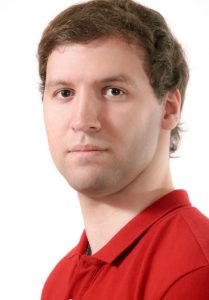 Visually, the production is a feast of exquisite eye candy and swirling, multimedia mood changes, compliments of the scenic designs of Paul DePoo, lighting designs of JAX Messenger, and costume designs of Kaye Voyce.

And appreciative mention should be made of The Fisher Center’s Sosnoff Theater itself. Designed by Frank Gehry, holding 800 seats, this is a space somehow miraculously adapted to the visual and visceral experience of grand opera, proportioned ideally both for eye-ravishing enormity and intimate dramatic savor. One sees much, misses little.

With Demon, Bard College’s SummerScape festival has done it again: brought to light yet another brilliant, neglected gem of the operatic literature in a production both beautifully mounted and meticulously performed.

Viewed here on July 29, the run of Demon continues with 2 p.m. matinees on August 3 and 5: the full performance schedule is/was: July 27 at 8 p.m., July 29 at 2 p.m., August 1 at 2 p.m., August 3 at 2 p.m., and August 5 at 2 p.m. at The Fisher Center for the Performing Arts (Sosnoff Theater) at Bard College, Annandale-on-Hudson, New York. Full information and tickets for Demon, as well as the rest of SummerScape 2018’s performance and seminar programming, may be accessed at http://fishercenter.bard.edu/summerscape/