You are at:Home»Education»Higher education news 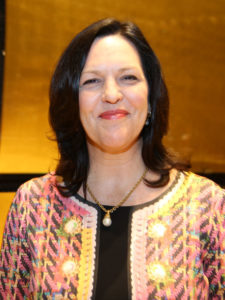 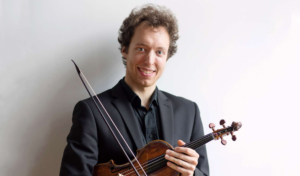 Professors John Rea and Hank Knox were inducted into the Royal Society of Canada and Professor Peter Schubert was awarded The Gail Boyd de Stwolinski Prize for Lifetime Achievement in Music Theory, Teaching and Scholarship. The Schulich School of Music welcomed Professor Dorian Komanoff Bandy to a position in historical performance practice and musicology, held jointly between the school’s Performance and Music Research departments. Alumni Victor Fournelle-Blain, Rémi Pelletier and Yolanda Bruno were hired by the Toronto Symphony Orchestra and alumna Lara Deutsch won the $125,000 Mécénat Musica Prix Goyer. Student Jacob Do won the first Oliver Jones Award from the Montreal International Jazz Festival and doctoral student Marina Thibeault joined the University of British Columbia’s School of Music as Assistant Professor of Viola and Chamber Music. This Schulich concert season includes the third edition of the Musical Chairs Chamber Music Festival, an event which brings together musicians from eight institutions across four continents for almost 10 days of workshops, concerts and masterclasses.

The winner of this year’s Orford Music Award was Vendome laureate Sae Yoon Chon, who received the prize with a unanimous vote from the jury. To celebrate the fifth anniversary of the Orford Music Award, this year’s competition will be open to all musicians who have attended Orford Music Academy since 2016. The goal is to identify emerging artists who are not only technically excellent but who also have interesting stories to share through their music. The competition is open to all instruments, including voice.

Patrick Carrabré joined the School of Music as its new director this summer. The School of Music also welcomed Marina Thibeault as the new Assistant Professor of Viola and Chamber Music. Pianist Nicole Linaksita (BSc/BMus ’16) and composer and conductor Jaelem Bhate (BMus ’17, MMus ’19) are listed among the 2019 CBC Music “30 Hot Canadian Classical Musicians Under 30.”

The University of Guelph has broken ground on the renewal and expansion of its performing arts facilities. The 45,000-square-foot project aims to inspire the next generation of performers. A new theatre will be dedicated to the study of improvisation. The project is expected to be completed in the spring of 2021. 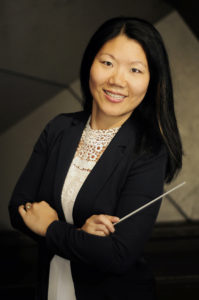 Laurier appointed award-winning Kira Omelchenko as conductor of the Laurier Symphony Orchestra. Order of Ontario recipient Leslie Fagan was appointed as head of the Voice Program. Community Music Undergraduate Program Coordinator Deanna Yerichuk received the Ontario Undergraduate Student Alliance Award for Teaching Excellence. Student Ramya Ramchandra was awarded the 2019 Tamil Karaoke Star Champion in the first international competition of its kind. Alumnus Liam Gordon was a recipient of the 2019 MusiCounts Scholarship. Laurier kicked off this year with a new campaign, Making Space for Music, which aims to expand practice and performance facilities. Laurier was named by Maclean’s magazine as No. 1 in Student Satisfaction for the fourth consecutive year.

Over the course of its first two decades, about 1,000 young artists have benefited from the barrier-free music making experience offered by Morningside Music Bridge, a program supported by the Calgary Philharmonic. In October alumna Yuja Wang won a Gramophone Classical Music Award in the instrumental category for her recording, “The Berlin Recital.”