Classical music has its icons, including Jacqueline du Pré, the brilliant British cellist who contracted multiple sclerosis at the youthful height of her powers and died in 1987 at 42. Various efforts have been made at posthumous commentary, to which we must now add Jacqueline, an opera for voice and cello that seems to toggle erratically between skepticism of, and sympathy for, its subject. The only positive impulse this Tapestry Opera production inspires is a desire to know more and get the story straight. 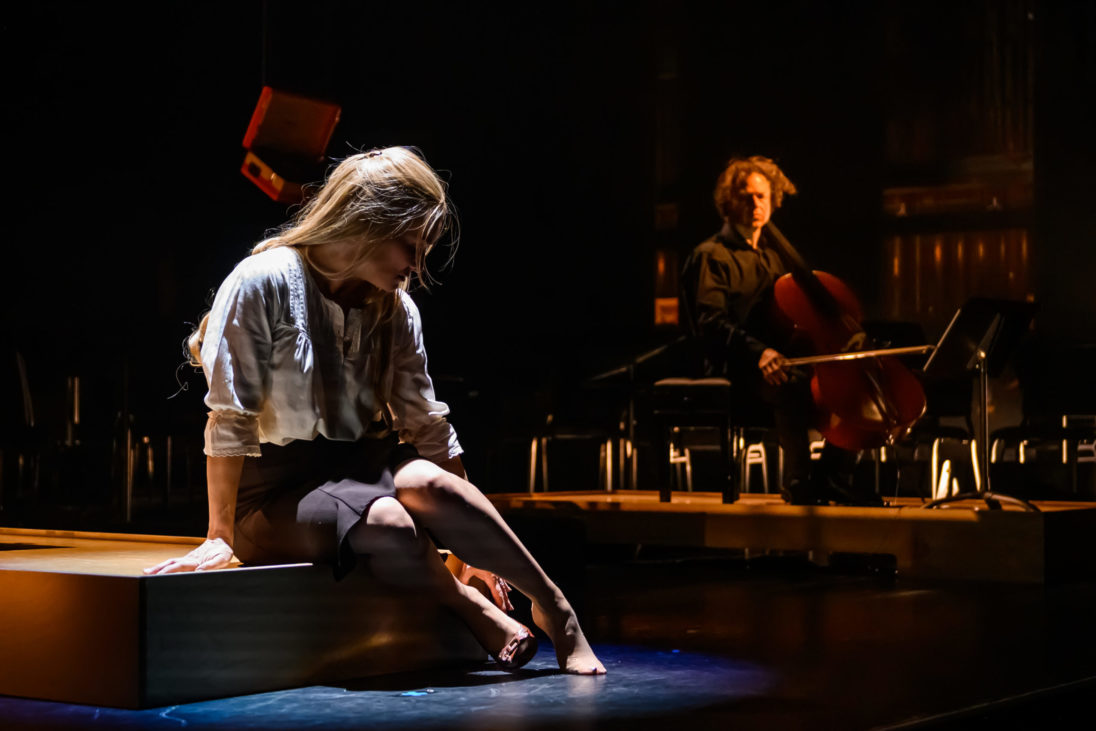 The problem resides not in the accomplished and free-spirited score of Luna Pearl Woolf, much less the performances of soprano Marnie Breckenridge and cellist Matt Haimovitz, who expend what sounds like a month of musical labour in a little under two hours (intermission included). Unfortunately their efforts are squandered on a confusing and prosaic libretto by Royce Vavrek, whose acclaim as a collaborator in many recent operas stands in contrast to what was heard in the Betty Oliphant Theatre on Friday night. 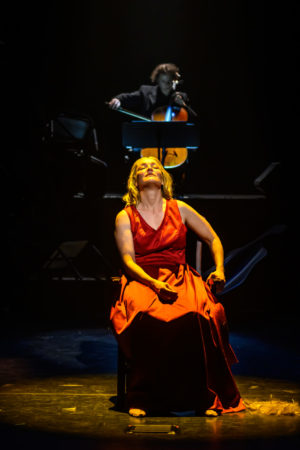 Even the beginning of the show (I saw the third performance) was deflationary. “I have a disease, you know” is hardly a means to establish interest. Nor does the declaration “I must be a mental case,” used virtually as a leitmotif, suggest a figure with a dilemma of tragic dimensions. Especially in the first two of the opera’s four “movements,” the arch delivery of mundane vocabulary (“Ah, fix me a drink”) paints the portrait of a smug and self-possessed woman whom the librettist could not bring himself to like.

Matters improve somewhat after the break, when an expression of loneliness (presumably after her illness starts to alienate du Pré from music) adds something close to a second dimension to her character. A dramatic gesture of rejection by Haimovitz (who, seated on a platform, plays almost continuously) creates a viable climax. Yet these moments stand out amid much aimless scurrying around the stage and unpredictable references to controversial biographical elements (involving du Pré’s husband Daniel Barenboim and sister Hilary) that only the most thoroughly briefed spectators could hope to parse.

It would be hard to recount all the odds and ends thrown not-quite-chronologically into this stew. Whether a quirky pizzicato ballet and the lengthy recitation of an off-colour joke should be taken as highlights or lowlights might depend on the individual. But the lack of binding drama in what could have been an intensely dramatic story is surely Jacqueline’s tragic flaw. 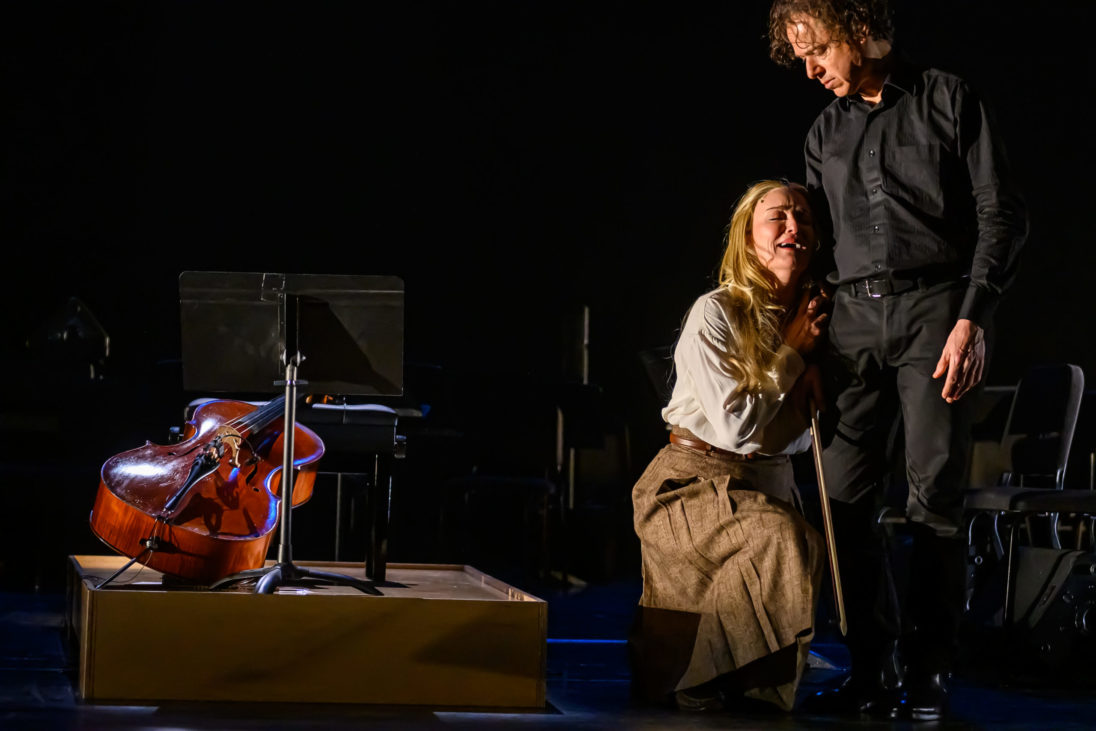 None of which is to say that Woolf (like her husband Haimovitz, based in Montreal) neglected to respond to what stimulus there was. References to Elgar and Brahms are brief and expertly woven into the fabric, although Elgar’s Cello Concerto, the work with which du Pré was identified, is reprised at the end to create an apotheosis. Styles range from free chromaticism to lyric accessibility (at one point there is a touch of tango) yet seem to flow from the same pen.

Of course the instrumental element (abetted now and then by light electronics) flowed from the same remarkable cello. As his prodigious discography makes clear, Haimovitz is an artist of many parts. It obviously helped that he knew du Pré when he was a teenager. Breckenridge sounded lustrous in all registers (Woolf doled out high notes generously) and acted with enthusiasm. Imagine memorizing this material and delivering it in high gear on five consecutive nights. 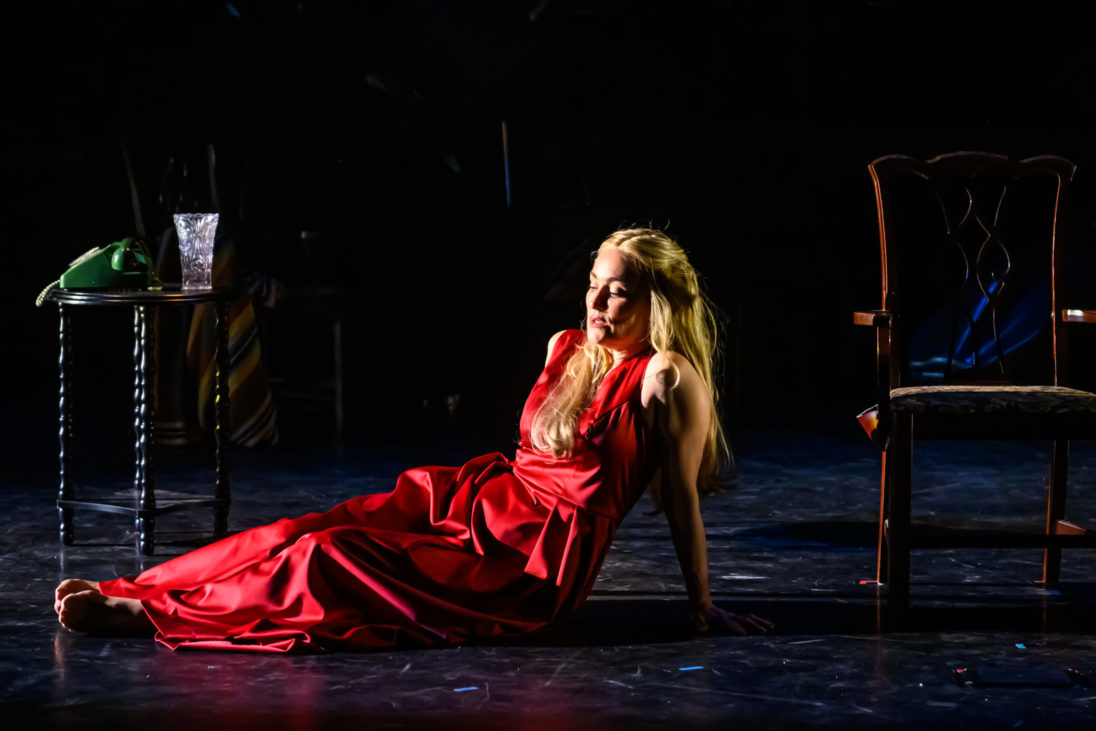 The Betty Oliphant Theatre is nicely proportioned for chamber opera, although these performers could have projected themselves successfully in a facility twice the size. Michael Hidetoshi Mori created a stark, surreal decor and skillfully managed the interaction of soprano and cello (sometimes Breckenridge was required literally to embrace her alter ego). He also conjured some apt stage effects, such as the descent from on high of du Pré’s famous EMI recording of the Elgar. A nod is owing lighting designer Bonnie Beecher for her imaginative touches.

In short, this was a typically accomplished Tapestry show. But no surfeit of production can atone for a libretto that falls this far short of its subject. Time to let Jacqueline du Pré rest in peace.