Yannick in Montreal for keeps 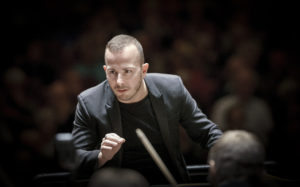 Yannick Nézet-Séguin has been named artistic director and chief conductor for life of the Orchestre Métropolitain. “Montreal is my hometown, my home port,” the maestro said in a statement. “It’s where I was born, where I grew up and where I received my musical training. It’s where my family lives. And the OM is the first of my musical families.”

The 44-year-old conductor said that the idea of a permanent post started to take shape during the orchestra’s successful tour of Europe in the fall of 2017. The title does not come with a commitment to a specific number of yearly appearances. YNS said that the status quo of 20 to 30 performances per annum will likely remain the standard. Nézet-Séguin is also music director of the Metropolitan Opera and the Philadelphia Orchestra. He expects both organizations to take his loyalty to the OM — the orchestra that gave him his start in 2000 — as evidence of his good intentions elsewhere.

Zirbel retires from the OSM

John Zirbel, the much-admired principal horn of the OSM, plays his last concert with the orchestra on Oct. 15 at 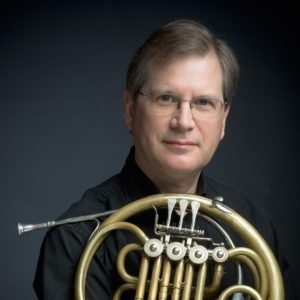 the Symphony Center in Chicago. This is the final stop on a tour of the Americas under Kent Nagano, which began on Oct. 1. His exit piece is Bartók’s Concerto for Orchestra. Another major work on the tour playlist is Mahler’s Fifth Symphony. “An old friend,” Zirbel calls this score, in which he gave his impressive farewell OSM performance in the Maison symphonique on Sept. 21.

One reason Zirbel chose to end his OSM career on the road was the prospect of playing the Mahler in the storied Teatro Colón in Buenos Aires. Chicago is another plus for this native of Janesville, Wisconsin. Thirteen relatives and in-laws will be in the audience. Last season, Zirbel played only in concerts conducted by Nagano. The music director offered him a similar arrangement in 2019–20. He declined. “Time and tide wait for no man,” the veteran says. Zirbel joined the OSM in 1979. Bon voyage.

John Zirbel’s retirement leaves only three horn players on the official MSO payroll instead of the standard compliment of five — a deficit that has existed for years. As for the principal flute position famously held since 1978 by Tim Hutchins, this is being filled by interim associate flute Albert Brouwer — the modifier “interim” signifying a musician on contract but without tenure. Brouwer, in effect, is doing double duty, playing as both associate principal (mostly concertos) and principal (mostly symphonies). Hutchins is on leave. Piccolo is also being played by an interim musician, as is one of the four trumpets. Turning to the double basses, two of the seven (rather than the usual complement of eight) are listed as interim players. The many vacancies will remain vacant until the orchestra finds and installs a new music director. Outgoing music directors are not normally allowed to participate in auditions.

Would J.S. Bach approve? The most famous of Leipzig cantors is not saying, but the choir he once directed at the St. Thomas Church will allow the audition of a girl for the first time since its foundation in 1212. The change in policy follows a legal ruling in Berlin based on a challenge by a lawyer who had been seeking a tryout for her daughter at the unrelated boys’ choir of the Berliner Dom. In this case the court ruled that principles guaranteeing freedom of artistic expression outweighed those forbidding discrimination on the basis of sex. Nevertheless, Leipzig’s municipal culture officer instructed the famous Thomanerchor — which is supported by the city — to consider female applicants. 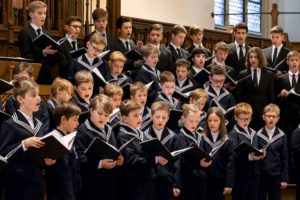 Accepting them is another matter. This decision remains in the hands of the current Thomaskantor, Gotthold Schwarz, who is free to use a criterion not likely to favour admission: that the girl sound like a boy. “That’s why I agreed to listen to this girl,” Schwarz is quoted as saying. “But this is an individual case and not a fundamental reorientation. Under no circumstances should girls from all parts of the country feel called upon to apply.” While there is some room for debate on the subject, most authorities agree that boys’ and girls’ voices differ in tone. The Thomanerchor performed in Montreal in 2013 and 2017 under the auspices of the Montreal Bach Festival.

The Toronto Symphony Orchestra has opened its season with four new string players — three of them trained at McGill’s Schulich School of Music. Victor Fournelle-Blain, a member of the OSM from 2014 to 2019, is the new TSO principal viola. He studied at the Montreal Conservatoire and Yale before finishing at Schulich. Associate

principal viola Rémi Pelletier hails from both the OSM and the New York Philharmonic (from 2013) and the OSM (from 2007). He studied at the Curtis Institute and Schulich, serving in the latter school as principal viola of the McGill Symphony Orchestra. Yolanda Bruno joins the violin section after a season of service as in the concertmaster chair of the Kingston Symphony Orchestra. The grand prize winner of the 2013 OSM Competition, Bruno studied at Schulich and the Guildhall School in London.

Even the new TSO associate concertmaster, Zeyu Victor Li, has a Montreal link, having finished third in the 2013 Concours musical international de Montréal. Most of his education unfolded at the Shanghai Conservatory and the Curtis Institute. He arrives in Toronto from the New York Philharmonic. He will sit beside the Schulich-trained TSO concertmaster, Jonathan Crow. 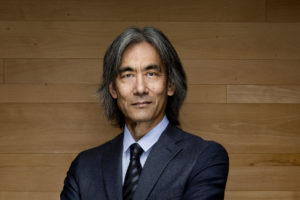 Autumn appears to be high season for orchestral touring. In October Kent Nagano takes the OSM on a 10-concert, 17-day spin through South and North America with stops in in São Paulo, Rio de Janeiro, Santiago, Buenos Aires, Guanajuato, Mexico City, Guadalajara and Chicago. Mahler 5 and Bartók’s Concerto for Orchestra are the major orchestra numbers. Solo duties in Brahms’s Violin Concerto and Mozart’s Violin Concerto No. 5 are shared by Simone Lamsma and Alexandra Soumm, standing in for the ailing Veronika Eberle, who cancelled at the last minute. Pianist Denis Matsuev is the soloist in Rachmaninoff’s Rhapsody on a Theme of Paganini in Chicago.

YNS in November takes his Orchestre Métropolitain to four cities in the United States: Chicago, Ann Arbor, New York (Carnegie Hall) and Philadelphia. Bruckner 4 is the biggie, although mezzo-soprano Joyce DiDonato is a considerable solo attraction. Les Violons du Roy under their music director Jonathan Cohen travel to Asia in late October and early November for concerts in Seoul, Shanghai, Nanjing, Xi’an and Beijing. Haydn’s Symphony No. 83 (“The Hen”) and Mozart’s Symphony No. 40 are on the docket, along with Mozart’s Piano Concerto No. 27 with Marc-André Hamelin as soloist. (Both symphonies, for what it is worth, are in G minor.) Back on this side of the Atlantic, members of the National Youth Orchestra of Canada and the European Union Youth Orchestra join forces in Toronto (Nov. 12), Kingston (Nov. 13), Montreal (Nov. 14) and Ottawa (Nov. 17) under the Viennese conductor Sascha Goetzel. The highly accessible repertoire includes Stravinsky’s The Firebird Suite (1945), the Overtures to Wagner’s Tannhäuser and Rossini’s William Tell, Saint-Saëns’s Introduction and Rondo Capriccioso and Ravel’s Tzigane, the last two with Blake Pouliot as violin soloist. Each concert opens with John Estacio’s Frenergy, a work that has lent the schedule its nickname as the “Frenergy Tour.” This — sad to say — is the only Canadian piece to be performed by any of the touring orchestras. Go to https://nyoc.org/frenergy.

Domingo drops out of Met Macbeth

Plácido Domingo, beset by complaints of harassment, cancelled his Metropolitan Opera appearances in the title role of Verdi’s Macbeth and declared his relationship with the New York house to be over. Last November the tenor-turned-baritone celebrated 50 years of performing on the Met stage. While styled by the company as a mutual decision, the last-minute cancellation followed grassroots objections by choristers, players and Met staffers, according to a report by NPR. Met general manager Peter Gelb originally consented to Domingo’s appearance on the grounds that no formal complaints had been made to the company. In a statement, Domingo,

78, said he disputed the (mostly anonymous) allegations made in an Associated Press story but felt his presence in the cast “would distract from the hard work of my colleagues.” Domingo’s career is far from over: his next scheduled performance is at the Vienna Staatsoper on Oct. 25, also in Macbeth. At the Met Domingo was replaced by the Serbian baritone Željko Lučić. The first Met appearance of the season by the company’s music director, Yannick Nézet-Séguin, is in October in Puccini’s Turandot.

Martin Foster, the British-born Canadian violinist who spent more than 25 years as a performer and teacher in Montreal, died on Aug. 26 in Stratford, Ontario. According to his posted obituary, the cause was cancer. A graduate of the Juilliard School in New York, Foster made his Carnegie Recital Hall debut at age 22. With fellow

Juilliard students in 1974 he formed the American String Quartet, an ensemble that remains active. Returning to Canada in 1980, Foster served as acting concertmaster of the Orchestre Métropolitain, concertmaster of the Chamber Players of Toronto and, from 2000, concertmaster of the McGill Chamber Orchestra (now known as the Orchestre Classique de Montréal). “He played beautifully, with flawless intonation,” said OCM music director Boris Brott. “And he was a great ensemble player, with a wonderful way of getting people to work well together.” Foster was a professor from 1982 to 2008 at the Université du Québec à Montréal, where he conducted the school orchestra and opera studio. Often heard as a chamber musician with the pianist Eugene Plawutsky, he was also active as a composer and arranger, in both the classical and commercial fields. He moved to Stratford in 2008 with his partner Susan Green.

Violinist Malcolm Lowe, a native of Hamiota, Manitoba, has retired as concertmaster of the Boston Symphony Orchestra after 35 years… Paul Badura-Skoda, an exponent of both modern and historical pianos who recorded widely on the Westminster label, died on Sept. 25 in his hometown of Vienna. He would have turned 92 on Oct. 6… Michèle Losier has a busy balance of 2019, singing Carmen in Copenhagen and Niklausse (Les Contes d’Hoffmann) in both Munich and Brussels. In February the Montreal mezzo-soprano takes on Octavian in Der Rosenkavalier at the Staatsoper in Berlin.