Despite their decorative association with delicacy and grace, swans are fierce and formidable creatures. You approach their nests at your peril. The ancient Greeks metamorphose Zeus into a predatory swan who rapes Leda, Queen of Sparta, who in turn begets Helen of Troy. In one of the great 20th century poems, “Leda and the Swan,” W.B. Yeats exploits this god-as-swan violation to evoke a tragic vision of history (something the Poles know about).

The Ugly Duckling, Wagner’s Parsifal, and the Hindu Vedas depict swans as pure, sacred, and transformative creatures. Swans mature alchemically from drab cygnets to majestic birds. They symbolize love and fidelity because of their long-lasting, monogamous relationships—an important theme in Swan Lake.

When we speak of simple elegance or refinement of movement, we say swan-like. To swan about means to move about or go somewhere in a casual, irresponsible, or ostentatious way. And rara avis (rare bird) refers to the black swan, i.e., an unpredictable or unforeseen event, typically one with extreme consequences. Think of the film “Black Swan,” a 2010 psychological thriller set in a New York production of Swan Lake. In it, the sensual ballerina and black swan Mila Kunis finishes (in all senses) the innocent ballerina and white swan Natalie Portman—or does the white swan finish herself?

“Swan Lake retains its power to move, exalt, and wound us in ways we do not understand. Its power reigns in a collective unconscious populated by archetypes.” 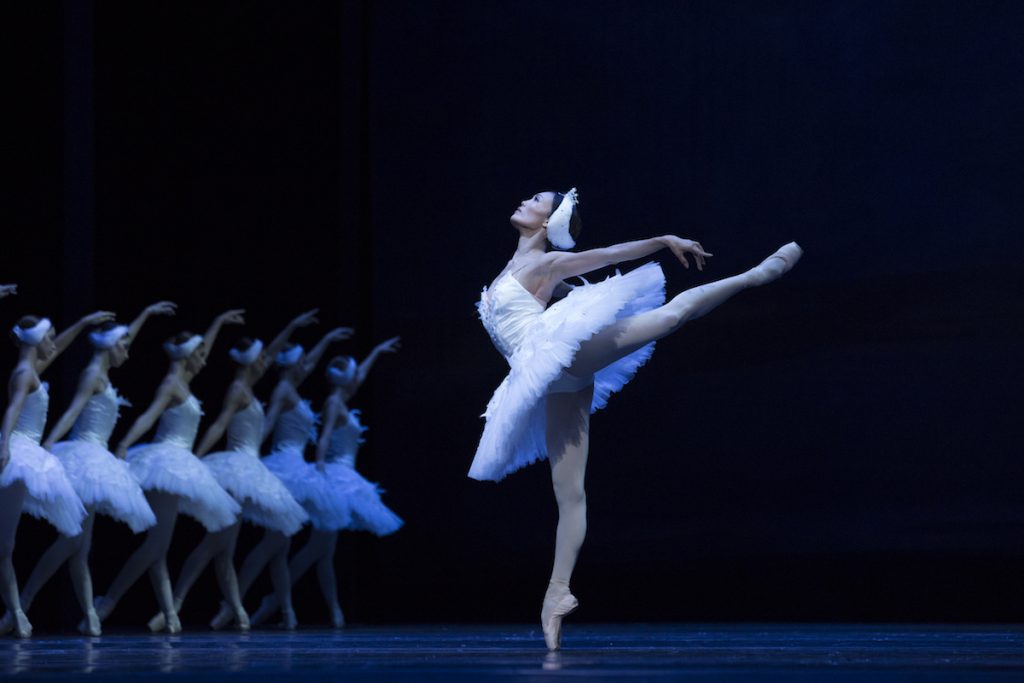 First performed at the Bolshoi Theatre in Moscow in 1877, Swan Lake retains its power to move, exalt, and wound us in ways we do not understand. Its power reigns in a collective unconscious populated by archetypes: Senescent King, Imperious Queen, Heroic Prince, Captive Princess, Evil Magician, Devoted Friend, Beloved Teacher—as well as Land/Water, Light/Darkness, Time/Eternity, Order/Chaos.

The Prince, saviour, and hero with a thousand faces rescues truth, order, and the future from chaos, evil, and corrupt leadership. He accomplishes this world-renewing feat through good character, correct aim and purpose, proper action, sacrifice, love and devotion. He is Christ, Buddha, Krishna, Horus, Marduk, the Siegfried of Wagner’s Ring, and Jon Snow of Game of Thrones.

Traditionally, the most popular ballet in the world—steeped in Romanticism—tells the story of a beautiful girl, Odette, trapped in the form of a white swan by her very dangerous stepmother. Odette lives with a flock of similarly bewitched young maidens—as their queen—in a lake of her mother’s tears. Only in the brief time between midnight and dawn do she and her swans-in-waiting become human. Only a pledge of eternal love and faithful marriage can save her from her watery fate.

An enamoured prince named Siegfried (from the Germanic element sig “victory” and frithu “protection, peace”) rescues her from her captor, Rothbart, an evil magician who serves as her gorgon stepmother’s companion. Rothbart’s daughter Odile (black swan) is a doppelgänger of Odette. The magician ensorcells the prince with Odile, and annihilation—or bliss—ensues.

Changing everything while remaining the same

In some Swan Lakes, Siegfried and Odette die. In others, they live. The essence of the story exists in countless forms and endless permutations: in heroic tales, in creation myths, and in fairy tales found in Jewish, Christian, Nordic, Hindu, Chinese, ancient Egyptian and Mesopotamian traditions.

This Swan Lake changes everything while remaining the same. It unfolds at the imperial court of Russian Tsar Alexander III. Alexander’s son, the Tsarevich Nicholas, must choose between his first love, Princess Alix of Hesse, and his infatuation with the young Polish ballerina, Mathilde Kschessinska. Nicholas would of course become Nicholas II, the last Tsar of Russia, shot and bayoneted to death in the Russian Revolution, along with his wife and five children.

In this version of the ballet, Tchaikovsky’s classic score—pregnant with questions, foreboding, and contradictions—shapeshifts. Familiar melodies lurk in unlikely places. Novel dances garnish or flesh out the narrative feast, while the iconic traditional choreography of Act Two persists, as does the totemic Black Swan pas de deux. And what a pleasure it is to see a wedge of swans in flight, thrust high by the thermal columns of a great and beleaguered but resilient Poland. 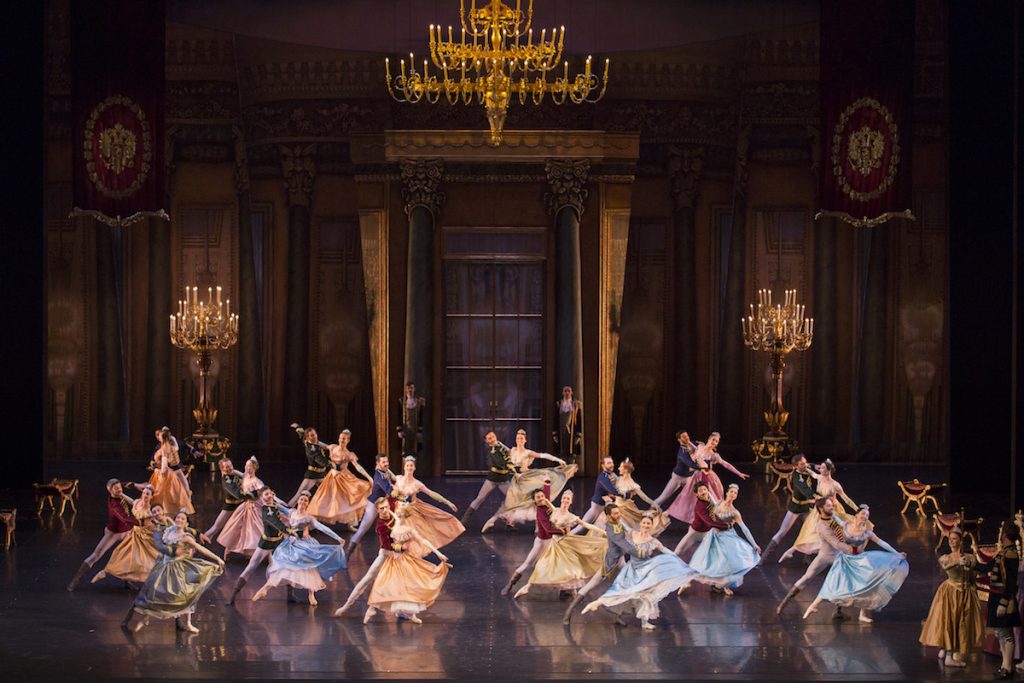 Studio 54 at two in the morning

The Polish National Ballet (PNB) is the largest and the most important ballet company in Poland. It continues a national ballet heritage, which dates to the 17th century. Artistic Director Krzysztof Pastor, a renowned Polish choreographer and winner of many international prizes, helms the company. Pastor’s vast experience (Dutch National Ballet, Royal Swedish Ballet, Joffrey Ballet, among many others) has made his 10 years at the PNB a balleto-maniacal dream.

Last night at Montreal’s Place des Arts, the company’s performance—presented by Les Grands Ballets—exuded rigorous abandon, like Studio 54 at two in the morning. Bringing the story into modern Russia worked. This is, in part, a testament to the universality of the story, first fashioned from Russian and German folk tales, and here skillfully reimagined as historical fantasy by the Polish librettist Pawel Chynowski. But it is mostly the fruit of a consummate artistry that plucked apples in paradise. 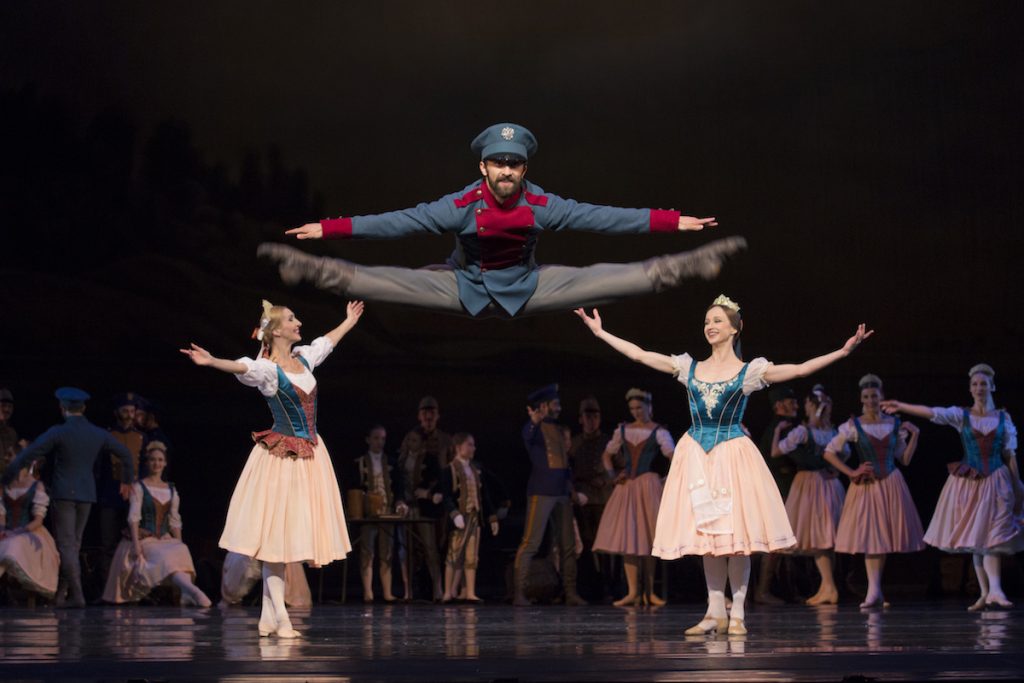 Vladimir Yaroshenko as the Tsarevich Nicolas thrilled us with his earnest charm and athleticism. Chinara Alizade as Princess Alix/Odette and Yuka Ebihara as ballerina Mathilde embodied fear and hope, menace and authority with each arabesque, fouetté, and petit battement. Other key dancers, including Robert Bondara, as Tsar Alexander, and Maksim Woitiul, as Volkov the Hussar (Siegfried’s friend and aide-de-camp), enriched the drama with their palpable conviction and savoir faire. The corps danced with freedom and command, sans gymnastic or melodramatic excess. And the Grands Ballets Orchestra, under conductor Oleksiy Baklan, spun the sorrow and triumph of Tchaikovsky’s music into crisp oppositions of silk and iron.

Glorious sets and costumes by Luisa Spinatelli, evocative, but not overzealous lighting by Steen Bjarke—each pitched to the wow of the received choreography—Krzysztof Pastor expertly married to his lustrous neoclassic innovations. This Swan Lake epitomizes the shapeliness and stillness of art.

“A new indifference to (or even contempt for) non-ideological art has emerged in our schools and institutions. But within the rot, jeweled islands of opposition survive. Thank you, Poland.”

King of Poland Jan Sobieski’s famous victory over the invading Ottoman Turks at the 1683 Battle of Vienna saved Western civilization. Flying the banners of the Black Madonna before them, 27,000 Poles routed the jihadists with 28 cannon and the largest cavalry charge in history, Sobieski in the vanguard.

Today, Western civilization struggles in a crisis of anomie, ideological possession, identity politics, cultural recession, unconscious totalitarianism, and those whose morality masks the ulterior motive of revenging oneself against life. It is, therefore, heartening to see a work of art—grounded in profound traditions and values—perfectly executed. Western civilization cannot survive declining birth rates, mass immigration, and lost faith in its beliefs, traditions, and legitimacy.

A new indifference to (or even contempt for) non-ideological art has emerged in our schools and institutions. Some say that the honour given to aesthetic splendour, cognitive power, and wisdom dwindles, as respect for the rule of law and the concept of individual rights declines.