Once again this year, several great names in early music will grace the stage of Bourgie Hall. French baroque repertoire at its most intimate and refined takes a place of honour. Most notable is the concert by Jordi Savall, who will recreate the original soundtrack of the film Tous les Matins du monde (Feb. 16 and 17). Unfortunately, both concerts are sold out, but those without tickets will be able to attend a free screening of the film (Feb. 9) in which Gérard Depardieu tries his hand at the viola da gamba and the role of Marin Marais. 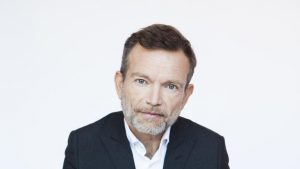 To celebrate the 350th anniversary of the birth of François Couperin, the Arte Musica Foundation has invited Christophe Rousset and Les Talens Lyriques to illustrate the diverse facets of the composer’s work. Audiences will hear a harpsichord recital accompanied by choreography (Oct. 21) and two anthology concerts in which viola, trios, airs de cour and sacred music pieces blend together (the sublime Leçons de ténèbres). Both shows take place on Oct. 20. It will be possible to meet Rousset during intermission.

During their first visit to Montréal, Sébastien Daucé and his ensemble Correspondances, whose albums have been acclaimed the world over, will come on Dec. 7 to perform the ravishing Pastorale de Noël by Marc-Antoine Charpentier, which they have recently recorded for Harmonia Mundi. This is a unique chance to hear the oeuvre that was rediscovered by William Christie in the 1980s. Secular music by Charpentier takes pride of place, as Luc Beauséjour’s ensemble Clavecin en Concert offers a rarely-heard delight, Les Plaisirs de Versailles, followed by the opera Actaeon, a short yet intense piece that tells of the misadventures of the hunter who was found guilty of having discovered the goddess Diana bathing with her nymphs (Oct. 5). Choreographer and dancer Marie-Nathalie Lacoursière, who specializes in this repertoire, will provide stage direction.

Lastly, in connection with the exciting Resplendent Illuminations exhibition at the Montreal Museum of Fine Arts, the French ensemble Obsidienne and its director Emmanuel Bonnardot present a concert titled Les anges musiciens on Dec. 2, in which more than two dozen instruments from the imagery of the Middle Ages will be brought back to life (vielle, bagpipe, psaltery, rebec, horn and so on). www.mbam.qc.ca/salle-bourgie 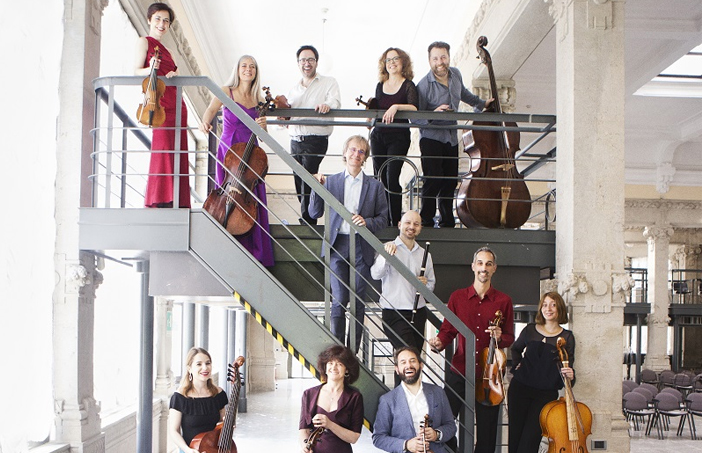 The complete cantatas of J.S. Bach, presented by Arte Musica, embarks on its fifth year. Three lectures and eight concerts will be presented between Sept. 30 and April 28. Once again, each concert is performed by a different ensemble (Les Idées heureuses, Les Boréades, Studio de musique ancienne de Montréal, Ensemble Caprice, etc.) which prevents any kind of routine and highlights the myriad approaches of the Montréal musicians who cultivate this repertoire. Italian ensemble La Risonanza, conducted from the harpsichord by Fabio Bonizzoni, will put forward its own contribution as well (Oct. 28). On the lecture side of the program, François Filiatrault offers a reflection titled Usage et symbolique des instruments chez Bach (Sept. 25) that will foster a better comprehension of the codes used by the composer, as well as in all baroque music.  www.mbam.qc.ca/concerts-arte-musica 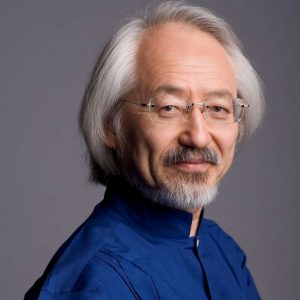 This year’s Montreal Bach Festival features more than 20 concerts between Nov. 17 and Dec. 7. Of special note, the Dec. 1 concert is given by Masaaki Suzuki, who has often been seen conducting the sacred music of Bach in Montreal. For the first time, this Japanese master will be accompanied by his Bach Collegium and soprano Joanna Lunn in a selection of instrumental works and secular cantatas (by Handel, Conti and Telemann as well as Bach). Among others, harpsichordist Mélisande McNabney and the young Pallade Musica ensemble present a substantial program on Nov. 27 comprising no fewer than three of Bach’s concertos for harpsichord and chamber music by his predecessor Buxtehude. www.festivalbachmontreal.com

We’re delighted to see the young harpsichordist Mark Edwards still active in Montréal: he was the first prize winner of the 2012 international competition in Bruges, tied with Jean Rondeau. Edwards, who also plays with Les Boréades and Francis Colpron, co-founded the Ensemble Poiesis in 2017 with flutist Joanna Mardsen. The ensemble will perform three concerts this year. One features French airs de cour sung by the radiant soprano Andréanne Brisson-Paquin (Notre-Dame-de-Bon-Secours Chapel, Sept. 28), and the Goldberg Variations (Saint-Louis Chapel of the Saint-Jean-Baptiste Church, Nov. 21). We wouldn’t want to miss an occasion to hear this masterpiece in the intimate setting of the Saint-Louis Chapel, which only seats around 60.  www.mark-edwards.ca  |  www.poiesis.ca

Noël at the Visitation

To conclude the year, Clavecin en concert celebrates Christmas on Dec. 9 in a magnificent and authentically baroque setting, the Visitation-du-Sault-au-Récollet Church. Hugo Laporte, grand winner of the OSM Manulife Competition, has been invited for the occasion. On the program are French carols and instrumental selections by Charpentier, Delalande Corrette and others. The concert is free, but you must book your ticket! www.clavecinenconcert.com