The performing arts in the Western world have never strictly enforced gender norms. Since European women were not allowed to appear on stage until the 17th century, men have performed female roles from the beginnings of Greek theatre, through the days of Shakespeare and, in some cases, continue to do so today.

The performing arts are, however, a place where gender can be not only challenged, but expressed. Openly transgender performers are starting to appear on stage, sometimes portraying a character whose gender corresponds with the one they were assigned to at birth, sometimes not. Such is the case of Katherine Goforth, an opera singer who came out publicly last year as a transgender woman at the beginning of her international career.

Opera, like theatre, has a long tradition of expressing gender in a fluid manner. When L’Orfeo had its premiere in 1607, the Florentine castrato Giovanni Gualberto Magli performed the roles of La Musica, Proserpina, and possibly La Speranza or La Messaggera. In fact, castrati, men who were castrated before puberty in order to retain their high-pitched voices, developed instruments with marvellous capacities and became the greatest stars of their day, before the practice was made illegal in the Papal States in 1870.

Trouser roles, written for female singers portraying male characters, have also been an important part of operatic history. It is regarded as an effective way of portraying young men on stage. Countertenors, men who sing in falsetto, are currently reclaiming roles written for castrati and are even claiming trouser roles originally written for women.

If transgressive expressions of gender have been present in opera from the birth of the art form, why is it so difficult for the industry to embrace transgender performers? While sexual orientation has become less of a taboo in the industry with high-profile singers coming out publicly since the 1990s, gender identity is still very much a sensitive, rarely addressed topic.

Some openly transgender opera singers are making their way in smaller companies. Few are performing on major stages. It would be ludicrous to think that among the great number of opera singers working at a high level today, all of them identify with the gender they were assigned to at birth. The reason we aren’t aware of them could be the same reason we don’t hear about men coming out in the NHL: They don’t feel safe. 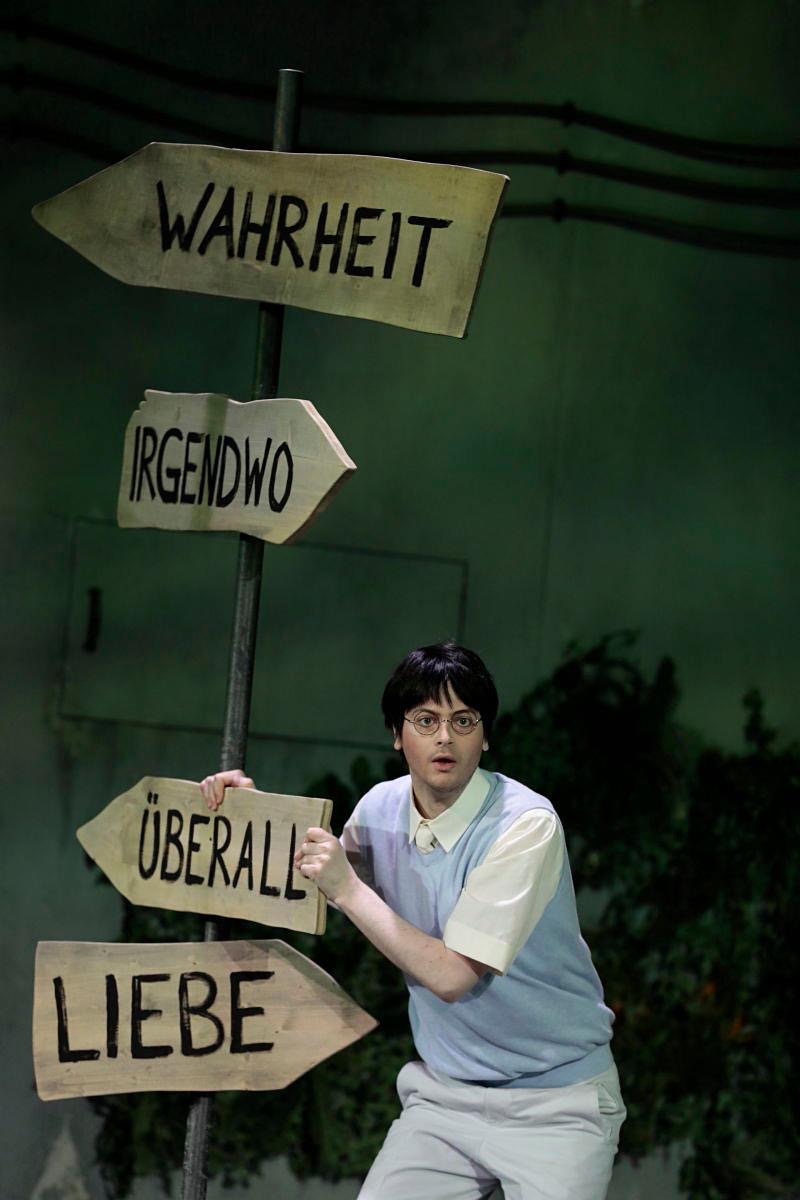 Goforth, a Juilliard-trained tenor, joined Oper Köln’s highly respected young artist program in 2019. Halfway through the season – 10 years after realizing she was a transgender woman – she decided to come out publicly. She left the company prematurely, at the end of that season. “I decided to leave after one year and come back home to start hormone therapy,” she explained.

Cologne is considered to be one of the most LGBTQ-friendly cities in Germany. A recent study showed that more than 10% of its population between the ages of 18 and 75 described themselves as being as lesbian, gay, bisexual, transgender, intersex or queer. Despite this, the opera house, as a workplace, did not prove to be welcoming to those who belong to that community.

“The whole atmosphere there didn’t feel constructive to coming out or transitioning. I needed to know that I would still be treated fairly. It’s hard to predict how accepting someone will be of transgender people, and it was almost impossible for me to gauge in Cologne, because I never heard anyone in the house talk about having a gay partner.”

Trans-inclusive workplaces are not yet a common concept, especially in opera houses, which have, for the most part, been run the same way for decades, or in some cases centuries. Dressing rooms are sometimes divided into two sections, for men and women, and are often shared by those of the same sex.

“In order for things to change it must come from the management. The culture, like in sports, comes from the top down. As a performer, you can only do so much to establish the culture. The people who are in charge ultimately set the tone. If they are of the ‘don’t ask, don’t tell’ type, the whole company will follow.”

“For a transgender woman, the question is whether a casting director can accept a woman’s body in a male role,” Goforth says. “We know that this is possible because there are so many soprano and mezzo pants roles. However, people have violent reactions to transgender women’s bodies, to seeing us, especially to women who are visibly transgender, which really affects whether you get to appear on stage and, if so, for which roles you will be considered. All of the female characters written for tenors are grotesque or old. If you want to cast transgender women in women’s roles, there are very few options.”

An effective therapy called puberty blockers, which blocks the development of unwanted sex characteristics before puberty, is available to some children whose bodies don’t line up with their gender. For example, it would prevent young transgender girls from going through a voice change, allowing them to retain a high-pitched speaking, and singing, range. This could mean that within the next generation, transgender women with treble voices might appear on stage.

“The issue of the voice and the issue of the body are connected and different at the same time,” Goforth says. “In terms of singing itself, there are roles your voice is appropriate for, and there are the roles your psyche and emotional make-up are appropriate for. What is difficult for me as a transgender person is that my voice and expression often line up in ways that don’t make sense – if you watch me expecting to see and hear a cisgender male tenor.”

In some cases, coming out can prove to be a solution to these issues. Indigenous Sámi mezzo-soprano Adrian Angelico, who made his Royal Opera House début in 2014, was leading a successful career in Europe when Norwegian law permitted those 16 or over to change gender legally without diagnosis or medical treatment. In 2016, he changed his name and opted for top surgery, a surgical procedure to remove breast tissue.

However, he did not choose to take testosterone. This would have deepened his voice and affected an instrument he had spent years building. He now continues to lead a very successful career, specializing in trouser roles, although the term might no longer apply in his case since he is a man singing male roles. Angelico is one of the few singers who lead international careers performing standard repertoire roles after coming out as transgender. In America, baritone Lucia Lucas was the first transgender woman to sing a principal role on an operatic stage. She sang Don Giovanni at Tulsa Opera in March 2019 and was set to make her Metropolitan Opera début this season as Bosun in Billy Budd. 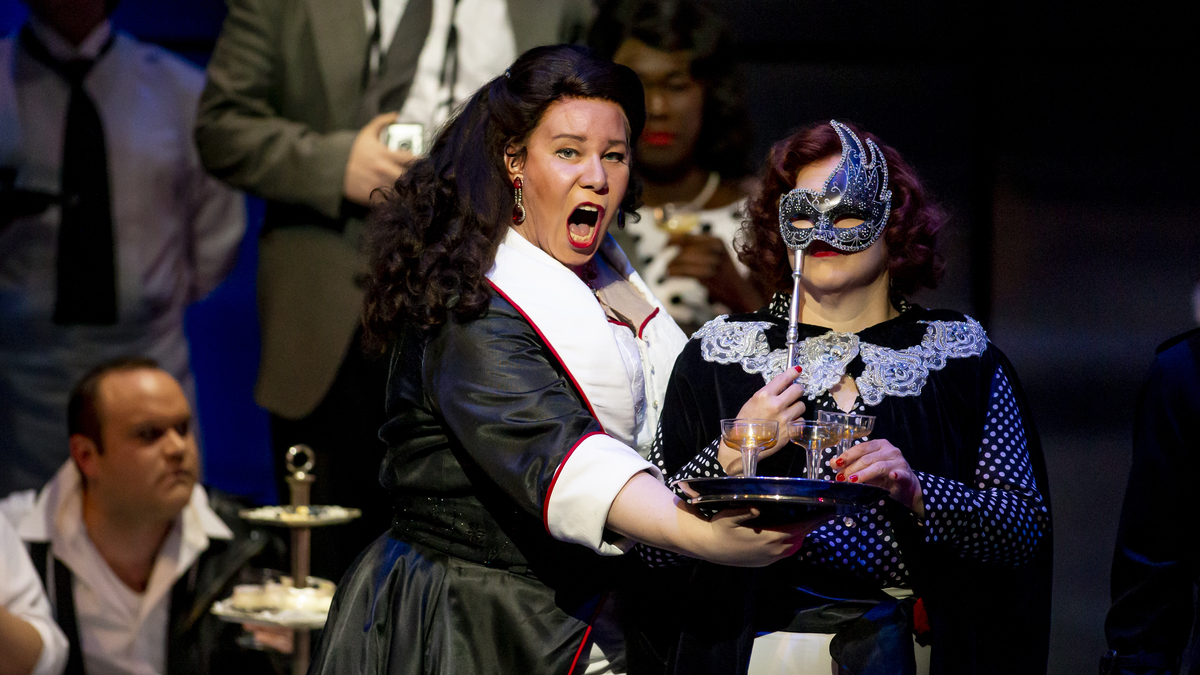 “Anyone can cross-dress as anyone in live theatre and it’s been that way forever,” Goforth observes. “I think there are many different ways you can design a standard rep production in opera. There are a lot of ways to create a character’s body that exist in theatre but haven’t been explored extensively in opera, like the use of masks or even in makeup and costume.”

Very few operas include transgender characters. Stonewall, composed by Iain Bell to a libretto by Mark Campbell about the 1969 Stonewall riots, had its world premiere in 2019 at New York City Opera. Mezzo-soprano Liz Bouk appeared as the first openly transgender opera singer to portray a transgender character in an opera. In 2014, As One, a chamber opera composed by Laura Kaminsky to a libretto by Campbell and Kimberly Reed, had its world premiere at the Brooklyn Academy of Music. While it tells the story of a transgender woman’s physical and social transition, it has often been criticized by members of the transgender community because it requires two singers to sing the same character: a baritone sings Hannah before, and a mezzo-soprano sings Hannah after. For most transgender people, transitioning has nothing to do with becoming a different person. The idea that a transgender character can be portrayed by two cisgender singers is also hurtful to many.

“It’s great when composers write transgender characters, but what’s more important is exploring how our voices and our gender are creating and created by each other,” Goforth says. “I want to be part of creating works where a person’s voice doesn’t tell you what kind of person they are, which is difficult, because that’s our entire tradition. Through works of live theatre, we have the potential to look at that system and reimagine how gender is encoded on our bodies and what our gender means for our human selves.”

Representation in the performing arts remains an important tool that can help shape how marginalized communities are viewed by society and how they view themselves. In the end, it benefits everyone.

“What matters is positive representation, to see someone like you portrayed as a hero,” Goforth says. “As opposed to – more often than not in the case of transgender people, a murderer – a psychopath or a sexual assailant, like the villain in The Silence of the Lambs. I think it makes a big difference for people to recognize themselves in the social narrative as someone valuable and someone to be celebrated. And it is also beneficial for people who are outside of the community to have a humanizing view of people who are different from themselves.”

While arts organisations are trying to include more transgender narratives, making sure that they are told in responsible ways is paramount. This is particularly crucial because there has been a long tradition of transgender stories being told by cisgender writers and actors, for example, Jared Leto in Dallas Buyers Club or Eddie Redmayne in The Danish Girl, which can skew the focus of the narrative.