In my 20s, on a spare afternoon, I would stroll down the Thames from Westminster to the City marvelling at how little had changed in the essential topography since the days of Shakespeare and Pepys. Yesterday, I had cause to wander through Leadenhall and Lombard and was struck at how little I recognised. Glass and steel skyscrapers have created a humanoid alienation, an impermeable wall between eternal London and the 21st century version. 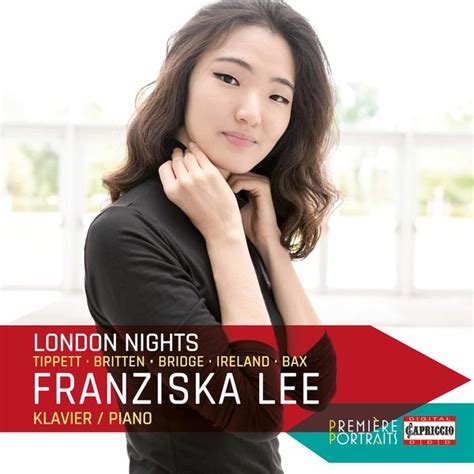 I felt a similar regret listening to Franziska Lee’s album of Londonoid piano pieces, intelligent and well played though it is. Lee, a German-trained Korean, plays Michael Tippett’s 1930s piano sonata with commendable neutrality, just the notes on the page and no echo of the composer’s sexual and political circumstances. I wish her approach could make the sonata a better piece than it is, but it doesn’t. The opening theme, midway between Three Blind Mice and Happy Birthday, has no room to develop. All the expression that Lee pumps into her avocation is washed down the river like so many empty bottles after a stag night.

Benjamin Britten’s Holiday Diary of 1934 is two classes above Tippett, quirky and picturesque, mischievous and, for Britten, unusually witty. His teacher Frank Bridge wrote three sketches for piano, opus 8, in 1906. Atmospheric as they are, Bridge was not a natural drawingroom composer; he wrote better for full orchestra. John Ireland in his 1930 Ballade of London Nights is plainly up to no good.

The biggest piece on this disc is Arnold Bax’s first sonata, written either side of the First World War. It makes a gripping argument in its opening statement and then delves deeper. Bax, grotesquely underrated, is a sharper observer and nimbler mind than any of the others gathered here, Britten excepted. His sonata is a major find in a bag of licorice allsorts and I commend it strongly to bi-curious seekers of London’s underground delights.