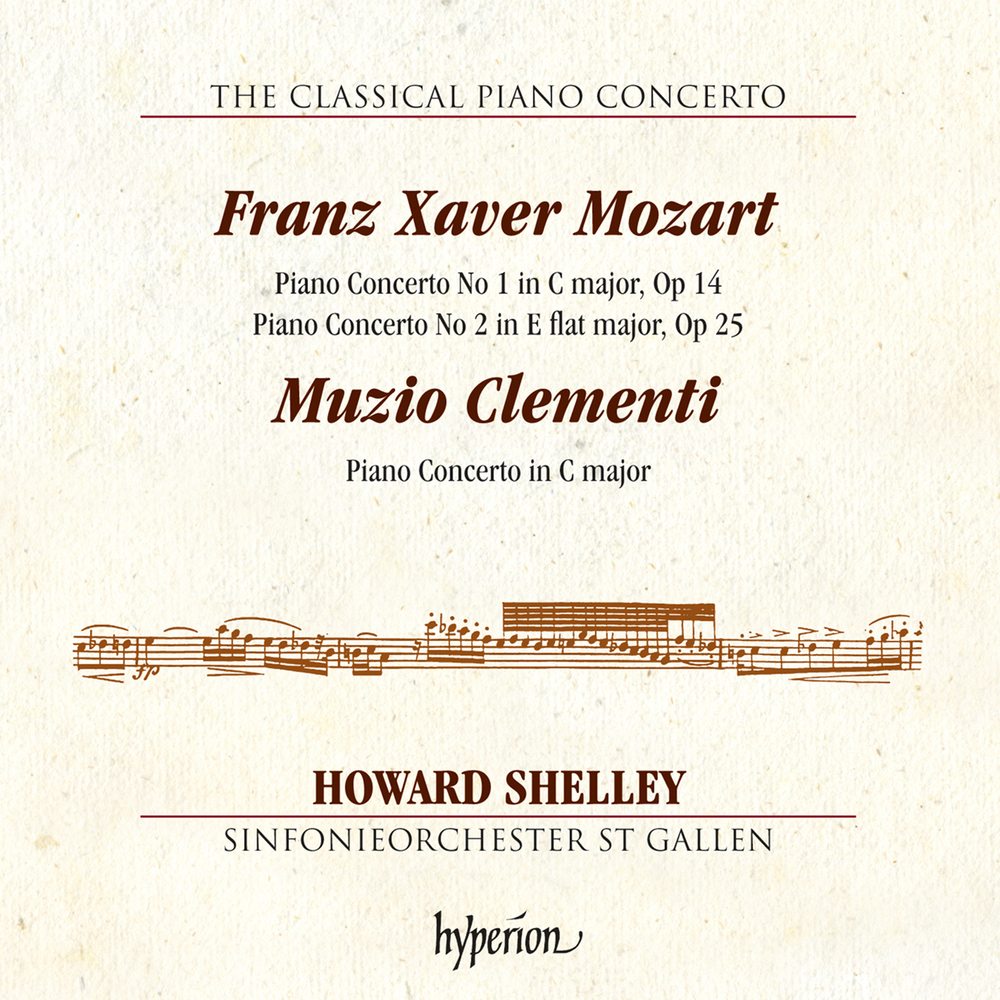 Mozart had a little boy, born four months before he died. Salieri recommended that the kid, Franx Xaver, should stick with the family trade and become a travelling pianist and composer. Trading on the Mozart name, F. X. made a living in places like Lemberg (Lviv), Salzburg and Karlsbad (Karlo Vivary). He died of stomach cancer in 1844, at the age of 53, never having married or settled down, living in awe of the father he never knew.

The music he wrote is so little known that the sight of his name on a record sleeve makes you want to double-check that the concertos are not by his Dad. A short listen will confirm beyond all doubt that they are not. Franz Xaver was, on the evidence of this music, an able composer with mild, pleasing though unoriginal ideas which he welds into creditable concerto form. What’s missing is an arresting theme. What’s added is a splash of clarinet solos, an instrument his father did more than anyone to establish in the symphony orchestra. If you heard a concerto by Franz Xaver Mozart you might guess it was by Spohr, Hummel or some other also-ran of the Beethoven era – maybe by Muzio Clementi, who contributes the third concerto on this disc.

Clementi (1752–1832) got beaten by Mozart in a celebrated piano duel but lived to tell the tale, outlasting his rival by four decades and achieving both wealth and social rank. His C major concerto in C major, written in 1792, is shamelessly imitative of Mozart in flashy cadenza runs without losing its sunny, sometimes quirky, individuality. Clementi, you can hear, liked to have fun.

Howard Shelley plays the three concertos with brio, backed by the somewhat recessed Swiss orchestra of St Gallen and packaged in exemplary Hyperion sound. Nice to make the acquaintance of Mozart’s little boy. The perfect record for a pub quiz.