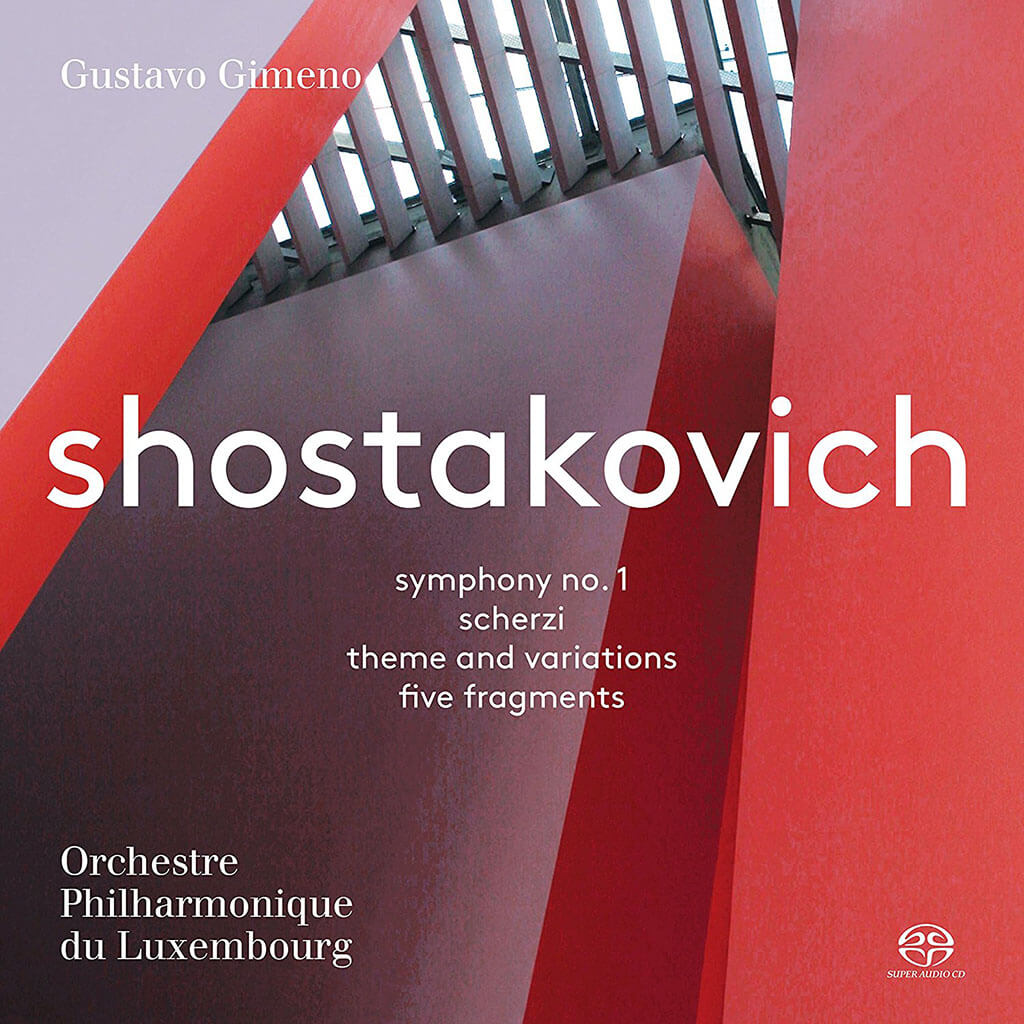 Great recordings are easy to review. Likewise bad ones. About 99.5 percent of all releases fall somewhere in between. Of these, four in five quickly outlast their initial attraction.

I had high hopes for Shostakovich’s first symphony from the Luxembourg Philharmonic and its Spanish music director, Gustavo Gimeno. The orchestra has announced a multi-record contract with the Dutch label, Pentatone, one of the last remaining labels that puts sound quality first. Gimeno, until lately principal percussionist with the Concertgebouw orchestra, has got plenty of wind in his sails.

So what’s wrong with this release? Hard to isolate it.

I ordered iced tea the other day in a swish London hotel and was served iced water with a slice of lemon, no trace of the brown stuff. That’s what missing in this straightforward, no-risk reading of the exuberant first symphony of a nineteen year-old composer, bedazzled by the unleashed energies of a revolutionary society and the exuberance of his own talent. There are fine moments in this reading, notably in the woodwinds, but no momentum. It begins as it means to continue, steady as it goes. The longer it drags on the more you wonder why they are playing it like this. Does the conductor not know the history? Were the musicians asking him to go easy?

This release will doubtless receive warm reviews in Luxembourg, and possibly elsewhere. There is absolutely nothing wrong with it if you count all the notes and admire the sound. I’m not sure on this showing that Luxembourg has a world-class orchestra. In short, this is not a recording to detain your attention. Its redeeming graces are four DSCH rarities, two of them juvenilia. I don’t remember hearing the 1921 Scherzo for orchestra in F-minor before.