In honour of our 20th anniversary, we are proud to introduce the seven artists who will perform at our gala on Thursday, November 24. Each artist talked with La Scena Musicale about his or her favourite works, the pieces they will be performing at the gala, the challenges of performing them, the high points of each piece, and which artist they dream of meeting. For more information about the gala click here. 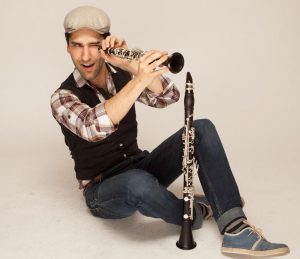 I chose Debussy’s First Rhapsody because it is one of the most important pieces in the clarinet repertoire. Secondly, I identify a lot with the piece, as I feel it conveys a lot of who I am.

The piece has many colour changes and is representative of a very important French period, impressionism. The piece is very difficult for a clarinettist. It has many pianissimos, fortissimos, and slow passages. The harmony becomes denser as the piece progresses and it moves stylistically from romanticism to a more modern style. The beginning is vey curious, it feels as if we’re on another planet. The difficulty for the clarinettist is to set the tone in the first 30 seconds. The end of the piece is a complete gush of impressionism. Sabine Meyer is my favourite interpreter, even if she’s German and doesn’t play in the real French style; I really love the colours in her interpretation.

When they called me to play in the gala, I said, “Yes, of course!” It’s a good opportunity to showcase the music that I’m learning.

I would like to have a private talk with Martin Fröst. He has style I would love to have: a mix of music and theatre. 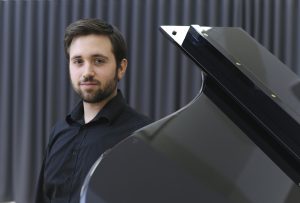 The French art song Phidylé is very intimate at first and finishes in a flamboyant way, which leads in nicely to the following aria. The main difficulty in the Duparc is to set a good atmosphere and bring the right colours because there are many differences from one stanza to the next. There is a high, a sort of crescendo on piano that you will hear the night of the concert, and the voice continues. Jean-François Lapointe is my favourite interpreter of this melody.

Papageno’s suicide melody is comic and light, and it’s a character that people like, since he’s an adult who acts like a child. In the role of Papageno, the biggest difficulty, other than the German language of course, is the comedy. Simon Keenlyside is inspiring in the role. In opera, we talk about dramatic or musical high points. Here, you have to make people understand that it’s not a real suicide but a call for help.

People love a piece they know well and Figaro’s song is a fun way to end. It is a baritone piece that is technically difficult. You have to be careful to conserve your energy all the way to the end. The climax is the one everyone knows, when he sings his name “Figaro, Figaro, Figaro.” Thomas Allen is an excellent interpreter.

It is a pleasure to play at the gala because La Scena Musicale is a serious periodical. It’s a very important part of the music community and I wish to support the work that they do.

I would love to meet Leo Nucci. He has a technique that I strongly admire and he has sung in all the biggest opera houses. 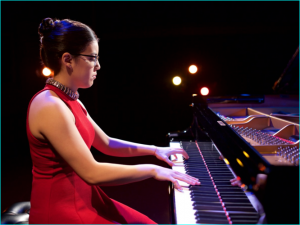 The Prokofiev sonata is very modern: lots of notes, chords, many highs and lows. It is one of the most difficult pieces I’ve played, since both hands work together. The challenge is when both hands are at the extremities and have to go up and down at the same time. Though it’s impossible to play at Martha Argerich’s speed, I admire her clarity and precision.

The Étude is very romantic and a little nostalgic, since it recalls Chopin’s Polish nationalism. You have to bring out different emotions, make the lines and voices sing out. The climax of the piece is when you have to play big chords in both hands, but in reverse. It takes a lot of energy and it’s very technical. I like Evgeny Kissin a lot and he’s one of my favourite interpreters.

Beethoven is one of my favourite composers. I really enjoy playing his pieces, and I’m learning his Sonata No. 4 this year. It’s very technical and musical at the same time. I easily get used to his pieces, but it’s a challenge to maintain my standard of playing and to continue improving myself every time I play the piece. For Beethoven, I really like Daniel Barenboim’s interpretaions – he is always very majestic.

I accepted to play at the gala because it is a beautiful experience and I can share my passion for music with everyone. It is an honour and a dream come true to be part of the 20th anniversary, because I always want to get involved in the classical music word and help promote it.

Piotr Ilitch Tchaikovsky because I developed a passion for classical music at the age of 4, thanks to The Nutcracker. Also Tchaikovsky was a gay man living in a culture where he had to be closeted. I would like to know how he lived and if it influenced his music. 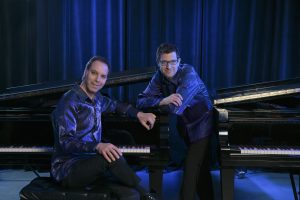 Matt Herskowitz: The idea behind the choice of J.S. Bach’s Prelude is to open with our sort of marque du commerce, something that shows both performance and arrangements. Debussy’s Clair de lune is a hugely famous piece that everyone knows. We’ve done something new with it while retaining its character and context. Chopin’s “Revolutionary” Étude is a “pièce de résistance mais une résistance polonaise.” It shows off another side of the virtuoso aspect we do as well as the let loose jamming.

John Roney: We’re trying to honour what the composer wrote even when we’re improvising. A lot of the cross-genre jazz performers will appropriate the properties of jazz and leave the textual side of the original music alone. It’s a good balance of being able to play the original and new part we’ve come up with and improvise on the spot.

MH: There is no sort of precedence for the kind of interpretation we’re doing.

JR: We strive on the entire history of piano.

JR & MH: We accepted to perform at the gala because it’s truly an honour and pleasure to support a great and important cultural institution as La Scena Musicale. We also contribute to the cause with our music and performing is fun!

JR: Oscar Peterson. I hung out outside his house with a lawnmower to try and cut his grass but he was never at home. Alternatively, Keith Jarrett. I would like to take a selfie with him just because he would hate it. He’s probably the most respected person who does both jazz and classical.

MH: Mieczyslaw Horszowski. He had a touch that sounded the same no matter what piano he played. Only a handful of people in history could do that. I was fortunate to know him a little bit and even had a lesson with him. 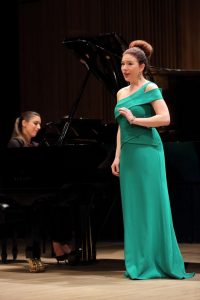 Gounod’s “Ah Je Veux Vivre” from Roméo et Juliette is an exciting start to any program since the aria itself in the opera takes place just before a grand party. The key is to find a state of excitement in the character that doesn’t affect physical demands too much. Ruth Ann Swenson is my favourite interpreter of the piece as she keeps it so light and youthful.

“O Mio Babbino Caro” from Puccini’s comedy Gianni Schicchi contains one of his most beloved melodies. I look to Kiri Te Kanawa who has a beautiful sincerity in her tone when performing it.

My love for classical vocal music began with art song. The marriage of poetry and music is unique. I find Strauss’s writing for both the piano and voice is superbly colourful with “Die Nacht” and “Ständchen.” The most gorgeous climax comes in “Stänchen,” which is set up by a wonderful harmonic shift in the B section of the piece where both instruments are taken to their lower registers, and then given the space to soar back up. It’s all about colour-hunting with the piano and trying to find expressive tools to bring out the text and nuances of the music. I absolutely love Elly Ameling’s rendition of “Die Nacht” and Kathleen Battle’s version of “Ständchen.”

When I found out I was being featured, I felt like an official part of the Montreal classical music community and that makes me feel so proud. It is an honour to be considered among a group of incredible young talent! Also, I get to share the stage with Michael McMahon, whom I admire and have been so inspired by.

I feel like Mozart and I would have a few laughs. I would be happy spending my lifetime immersed in his musical and theatrical mind. 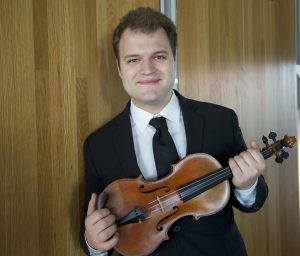 I always wanted to play the Kreutzer Sonata by Beethoven and it’s a good time to sink my teeth into it. Even though it’s only the first movement of the entire sonata, it really stands alone. It has a good range of ideas and emotions and it’s a very powerful piece. This concert will be the first time I’m playing it. As a musician, you have the responsibility to make your interpretation as vivid and important for an audience hearing it for the first time even if you’re comfortable with the piece. It’s important to remember that you’re interpreting some of the greatest works of arts ever written.

With Beethoven, there are so many immediate surprises and contrasts and they require a lot of control. The coda has some devastating harmonies. It seems very fast and aggressive, but it all comes together. I am very lucky to be playing with pianist Philip Chiu.

I really like Itzhak Perlman’s recording with Vladimir Ashkenazy, but I think there’s a lot to be learned from Martha Argerich and Gidon Kremer. A really good version is with Sayaka Shoji and Itamar Golan. One of the most important Beethoven sonata recordings is by David Oistrakh and Lev Oborin. The piece is a chance for violinists and pianists to really show their personality.

It’s always a great chance to play for the Montreal scene and it’s very difficult to do it as a freelance musician. It’s good to say yes to all kinds of concerts regardless of where and when they are.

I would have loved to have a conversation with Leonard Bernstein. His works are really beautiful and they have a lot of personality. I’d like to talk to him about his compositions, his conducting, and the way he hears music.