Montreal, September 27, 2019 — The Orchestre symphonique de Montréal announces that German violinist Veronika Eberle, who was scheduled to perform all concerts as a soloist on the Latin American leg of the OSM’s upcoming Tour of the Americas, has been obliged to cancel her performances for health reasons. The OSM also wishes to announce that two internationally renowned artists have made time in their busy schedules to stand in for Eberle: Dutch violinist SIMONE LAMSMA and French violinist ALEXANDRA SOUMM.
The two violinists are recognized as top performers on the international stage and are renowned for their brilliant command of the extensive concerto repertoire. Simone Lamsma is deemed one of classical music’s most captivating musical personalities today. “Simone Lamsma played splendidly, with crisp clarity and brightly radiant sound, conveying both the rhapsodic fervor and intriguing pensiveness of the music.” (The New York Times, December 2018). Alexandra Soumm, famous as a child prodigy, is a multi-faceted artist who is equally at home in concerto and chamber repertoire and hailed for her passionate interpretations.

Concert repertoire on tour will remain unchanged, as will all aspects of the touring schedule. The following list recaps the OSM tour :

For the concert in Chicago on October 15, pianist Denis Matsuev will perform as originally announced: October 15: Chicago, Symphony Center—7:30pm Prokofiev, Symphony no. 1 in D major, op. 25, “Classical” Rachmaninoff, Rhapsody on a Theme of Paganini, op. 43 Bartók, Concerto for Orchestra, Sz. 116

Founded in 1934, the Orchestre symphonique de Montréal (OSM) is a distinguished leader of musical life in Quebec and Canada. Recognized as one of the finest orchestras in the world, whose core activity is to perform the vast orchestral repertoire with conductors and soloists of the highest calibre, the OSM is an essential cultural ambassador. Under the direction of American conductor Kent Nagano since 2006, the OSM perpetuates several rich traditions rooted in its long history of social involvement and embodied in far-reaching projects, world-class tours, and a superb discography. Firmly anchored in today’s world, the OSM’s innovative artistic programming in both concerts and recordings brings modern-day relevance to the symphonic repertoire while strengthening the Orchestra’s place at the heart of its home base in Quebec’s metropolis. Over the years, the OSM has crisscrossed Canada and toured abroad, travelling to Quebec’s Far North as well as to the United States, Latin America, and several countries in Europe and Asia. The OSM’s discography totals more than a hundred recordings on the Decca, Analekta, CBC Records, ECM, EMI, Philips, and Sony labels, earning more than 50 national and international awards. 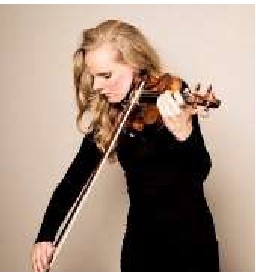 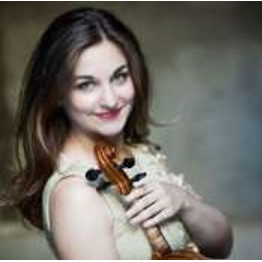 French violinist Alexandra Soumm is a multi-faceted artist who is equally at home in concerto and chamber repertoire. Alexandra has appeared with Bruckner Orchester Linz, Galicia Symphony, Danish National Symphony, NHK Symphony, Fort Worth Symphony, Detroit Symphony, Baltimore Symphony, and the LA Philharmonic at the Hollywood Bowl among many others. Ms. Soumm has given recitals at the Auditorium du Louvre (Paris), Palais des Beaux Arts (Brussels), and Wigmore Hall (London) and also appeared at the City of London Festival, and the festivals of Deauville, Schleswig-Holstein, Verbier, Sommets Musicaux de Gstaad and Varna. A passionate supporter of the newest generations of musicians, Ms. Soumm has loved her work with Youth Orchestra of the Americas, the Animato Foundation, the Sphinx Foundation, and Orchestre Français des Jeunes, and has maintained an involvement with the Seiji Ozawa International Academy in Switzerland for over 10 years.